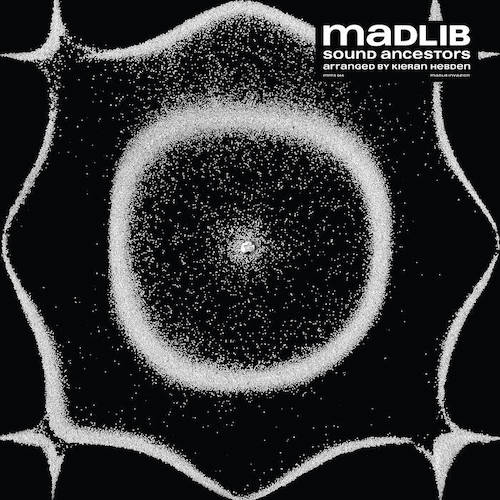 The accolades are almost unnecessary at this point. If you don’t know Otis Jackson Jr. b/k/a Madlib though there’s a good chance you never head “Madvillainy” or “Piñata.” If you’re already a fan of those albums you need no explanation for his reputation. You’ve probably already sought out other albums with his name attached to them, whether they’re collaborations or solo projects. Madlib’s own view of himself is “DJ first, producer second, emcee last” although I suspect if you asked those same fans above they’d cite his production work as the reason they follow his career so avidly.

Because I’m one of those fans I needed no excuse to pick up “Sound Ancestors” other than “it exists.” I had already dropped what I consider a somewhat ridiculous amount of money at Record Store Day (low budget compared to audiophiles, high budget compared to my income level) and was just hanging out in the shop after the crowds had died down. I had good reason to do so — my wife’s cousin is the store owner’s nephew — so we were all just chilling and kicking the ballistics about what sold and what didn’t. I was bemoaning the fact the only thing on my list I didn’t get was Cypress Hill, and we noted that many of the people who bought it were just going to immediately flip it on eBay for profit. As I flipped through the bins to kill time I stumbled across a vinyl copy of “Sound Ancestors” and was no longer sad I didn’t get Cypress Hill.

What I discovered after listening to it was that it wasn’t quite a Madlib solo album. If you read the sticker on the vinyl it says “arranged by Kieran Hebden” who is better known to some as electronic music DJ Four Tet. Now just as I’m sure hardcore rap fans know who Madlib is without much explanation, I’m going to bet hardcore electronic music fans know Four Tet. I’m going to admit he was brand new to me, but I’m trying to figure out what “arranged” refers to specifically here. Surely it doesn’t mean “Madlib handed me a pile of songs, and I arranged them in the order that made the most sense sequentially.” That’s something anyone with a computer can do. That’s hardly worthy of being credited for on Wikipedia or a record jacket.

I’m at a loss to know what percentage of a song is Madlib’s or is Four Tet’s though, particularly on tracks like “Two for 2 – For Dilla.” Ironically J Dilla/Jay Dee is another of those “we don’t need to list his accolades” rap producers, although his passing at a far too young age has undoubtedly increased the hero worship around his beats. It’s certainly in Madlib’s character to create a song in tribute to James Yancey — is it in Four Tet’s? Frankly I don’t know him that well to say. Obviously he’s got some love for hip-hop music and culture or he wouldn’t be working with Mr. Jackson, and Madlib pulls from every element of music that ever has or will exist when creating his instrumentals, so there’s no doubt he appreciates Mr. Hebden. All I know is when I hear “Latino Negro” I think of YG’s “Go Loko” with DJ Mustard on the beat (hoe). Who chose that Mexican guitar sample – Four Tet or Madlib? Did they sit down and agree to it together? I like it no matter who deserves the credit for it.

I’ve got to be honest though and say if you’re looking for a Madlib rap album this probably won’t be your bag. Even the one song I can clearly identify as belong to a rapper, “Gods Interest” by Chino XL, is presented in an abbreviated for here in an instrumental only track labelled “Chino.” Given how little credit Chino XL has gotten over the years compared to how talented an emcee he is, I think that’s a shame. I also understand it though given Four Tet and Madlib were probably splitting the sales two ways as it was, and that’s after all the samples were cleared for the release, so slicing up the pie any further than that was almost impossible.

“Sound Ancestors” is a good listen, but if you’re expecting the manic gangster energy of Gibbs or the loquacious lyricism of Dumile, then this isn’t the Madlib project for you. I got this album in lieu of Cypress Hill and as a result what I got wasn’t what I’d call a rap album at all. I’d definitely call it a Madlib album, but I still don’t know if I’d call it a Four Tet one.