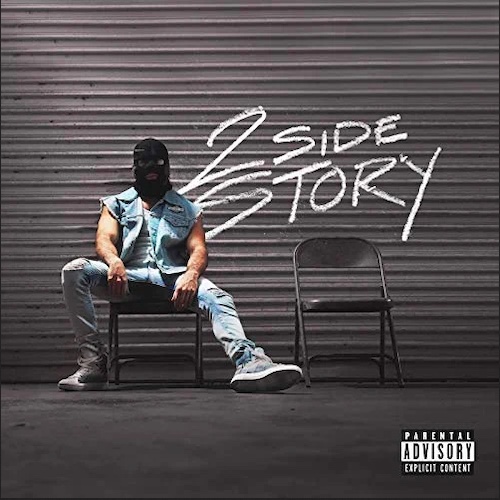 “Started from the bottom yes I put that on me”

I’ll say this for City the Mask — he lives his gimmick. Even the famous luchador Rey Mysterio has been unmasked before (in WCW) but City probably lives in his ski mask. I picture him eating in it, sleeping in it, and trapping in it. I can’t imagine him doing anything else and truthfully I don’t want to. It adds a layer of intrigue to who he is and what he’s about much like Leikeli47. I’m sure he doesn’t care if we know his real identity as long as his checks cash at the bank like anybody else’s.

If you’re reading about rap as opposed to just consuming it without checking for a review though, you’ve long since come to the conclusion anybody can fake it for long enough to film a video. Cars can be rented. Jewelry can be borrowed (or replicated). Stacks of Euros can be withdrawn and deposited — although you might lose a little money on the conversion fee doing so. This tends to be a successful strategy whether you like it or not. In a highly image driven business looking like a success is a good way to become one. City the Mask certainly plays the part, looking like someone who lifts weights and eats steaks when he’s not rapping. You know something? He might just be a pro wrestler as his day job. That’s an image driven business too.

Unfortunately “I Feel Everything When I’m Alone” almost ruined his gimmick in so many different ways. While it’s true we never fully see his face, as his head is always turned away from the camera or obscured by shadows, it’s not just the fact we see his chin that makes the difference. I stumbled across City the Mask when he was described in an entry as a “trap metal rapper” and at first that seemed to fit — he’d alternate between bars and screaming his vocals and the riffs sounded hard. “I Feel Everything” has none of that. City winds up sounding like just another generic emo rapper. I’m not knocking the young man for owning his emotions, but this track and “Heaven Sinner” remove all my illusions of him being a metal emcee.

“I’m moving all this work, and I’m doing break ins
I swear I’ve got good intentions, do this for my kin
Ten years gone, all with the mask
I hide my own face cause my past left me to ask
Who the fuck even am I, and why is this me?
God I need some fucking answers cause inside I fucking bleed”

If you didn’t know better you’d think City the Mask was disowning his own gimmick. It’s like he’s unmasking right before our eyes without even losing a luchas de apuestas match. Maybe he really is this tired of keeping up appearances, but if he’s been working this long to achieve a modicum of success and is just starting to get noticed, why abandon it all now? If it’s what he has to do for his mental health I’m here for it, but if he just got bored being the masked man and quit, that’s a huge let down. Revealing himself to be fragile and insecure changes the tenor of his songs. “Things My Heart Never Said” is probably coming from a place of honesty, but he’s saying it in the most dull emotionless monotone possible over the most generic instrumental imaginable. Yelling at the mic would’ve been better.

In the end the title of “2 Side Story” was the answer to the question I hadn’t even properly asked. “Who is City the Mask?” Well there are two sides to that story. He’s either a muscular trap metal ski mask thug, or he’s a deeply broken sensitive young man trying to escape the trap he made for himself. That’s the way real people are. They’re usually not the thing you imagine them to be. They have facets that you never see and layers you never peel. Peeling City’s layers leaves you crying tears of boredom though. I appreciate his vulnerability but if the goal was to be a star or an entertainer it makes him less of both. The mystery of the mask and the glamour of his world whether real or pretend made him seem bigger than life for a minute, but now he’s back to being a Soundcloud rapper.