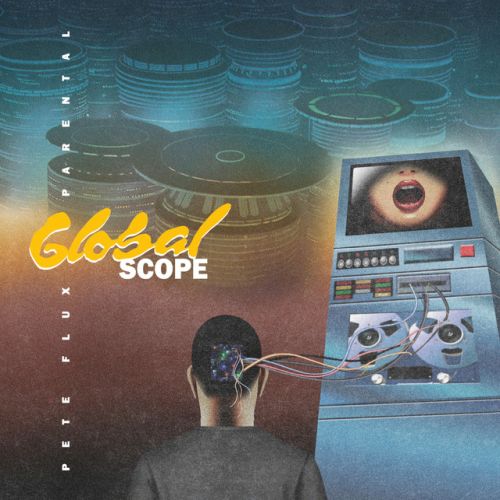 A decade ago, underground hip-hop seemed to experience a trend of transatlantic collaborations between American emcees and European producers. It’s been going on longer than that (check out Matt’s excellent deep-dive) but in 2022, it now feels normalized. More importantly, it’s not confined to the formulaic combination of successful 90s rapper and boom bap revivalist beat-maker. Pete Flux is from Atlanta but isn’t your stereotypical rapper from the region, while Parental is from Paris and has shown he’s anything but a copycat. The duo first released “Travelling Thought” in 2014 and the simplest explanation of their sound is Pete Rock & CL Smooth, with less emphasis on horns. If you recall Epidemic from a few years back, it reminds me of that aesthetic. The influences are obvious, but the approach is subtle; you can see why they regularly occupy “Jazz rap” playlists on streaming platforms. Their debut may not have set the world alight, but songs like “Warming Up”, “True to Your Art” and the incredible instrumental of “Success” opened Parental up to a western audience. That’s the track that caught my ear last year, with the EP being re-released alongside the instrumentals.

Many of his albums have been within the deepest depths of underground hip-hop: Mattic (of North Carolina crew The Others), cult New York rapper Godfather Don, and the Swiss emcee Zaid. With Pete Flux, we’ve had the aforementioned “Travelling Thought” EP, then 2017’s “What They Need” EP. This was followed by 2018’s “Infinite Growth” and now 2022’s “Global Scope”. Let’s be clear, Parental is a big part of what makes these records a rewarding listen, much like how CL Smooth and Guru benefited massively from their choice of a production partner. Pete Flux doesn’t have the effortless flow of CL nor the caramel smooth vocal tone of Guru, but his approach feels more legitimate than the hollow “rapping about rapping” that can often populate modern attempts at traditional New York hip-hop even if that is essentially what he does. But that is why Pete Flux works so well with Parental – he’s not attacking beats with complex schemes and metaphors. Instead, “Global Scope” mirrors the majesty of Finsta Bundy rocking out over Beatminerz, or the accessible head nod of Cali Agents’ best work. It’s the type of music you’d hear on a DJ Premier mixtape. You don’t stop and concentrate but instead, embrace and enjoy the music without thinking too much. That’s something I do miss, in this era of analytical fanbases (guilty as charged), corny wordplay, and half-finished beats without drums. This feels like hip-hop stripped back and distilled down to its purest elements.

Parental’s beats are a throwback yet refreshing in their sincerity – my only reservation is the BPM is a little slow on songs like “For Your Consideration” and “Stardust” where Flux can sound like he’s waiting for the beat to catch up. Flux does play with his flow on “Chill” but there’s little in the form of themes or subjects outside of dropping boastful rhymes. I particularly enjoyed hearing Marquee on “Sparring” as she has an attitude designed to liven up a track where Flux cannot – certainly an emcee to keep an eye on. What Flux excels at is the precision of his diction – best demonstrated on the grimy track with Debonair P “Daily Dose”:

“Scoot” with Awon, himself a proponent of keeping a nostalgic style modern, shows improvements as far as crafting hooks – it feels like more of a song than previous material. It’s not necessarily a problem, but the K-DEF remix of “Daily Dose” threatens to outshine Parental’s own material. It’s filthy and a reminder that as good as Parental is, K-DEF is arguably the master of this style.

It’s rare for an album to release with no skips, but “Global Scope” isn’t far off. It’s by no means special, nor is it in the same league as classics like “The Main Ingredient” or “Hard to Earn” (but not much is). Pete Flux & Parental have developed a brand of reliable, satisfying hip-hop where you know you’ll get your money’s worth – something many artists wish they could claim.