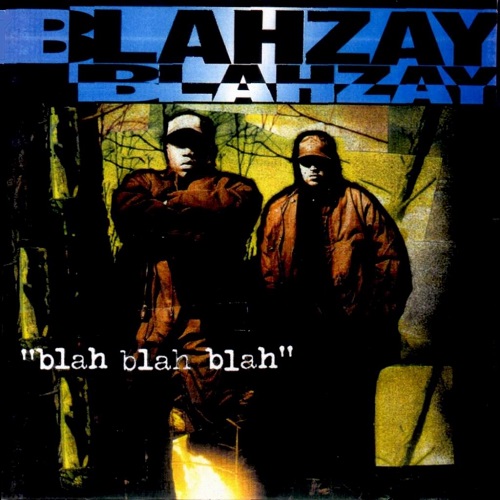 When the East is in the house, _Danger_! That single combination got Blahzay what seemed at first to be an undue amount of attention. I thought that “Danger” had a few good samples, but the beat and the monotone flow didn’t grab me and hold me that much.

Frankly though, I underrated Blahzay as a rapper. His debut album, at 12 tracks long, is one of the more consistent and thorough albums I’ve heard so far this year. None of the tracks really nosedive, and a lot of them impress me quite a lot.

Certainly, “Pain I Feel” is the bomb on this joint. Blahzay changes up his flow a lot and drops some Nine-ish Lyin King rhymes and one liners like “Rappers talk a good John Wayne but look stupid”; plus the hook from Channel Live’s “Spark Mad Izm” really makes the song lovely. Also, you should check for “Danger Part 2”, featuring guest MC’s Smoothe the Hustler and Trigger tha Gambler, two of my favorite low-profile MC’s right now. “Posse Jumpa” is sweet too, as Blah trades off the mic with his man and they clown on people who jump rap styles and rap crews like Hammer jumps bandwagons and trends.

I can’t front, Blah Blah Blah is a seriously good album — unfortunately I think Jeru’s Sophomore album will probably bury this New York release in obscurity — actually, maybe that’s not so bad. Blahzay can keep it real by staying underground NY, and hopefully you’ll show out buy buying his CD or catching him at a show if he goes on tour. I have a feeling that either way, you won’t be dissapointed.