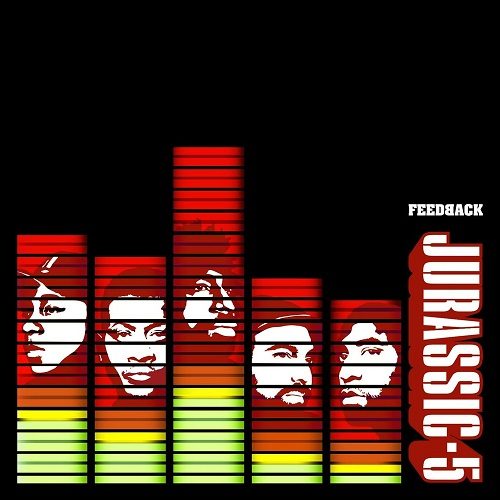 In broad pop culture usage the word “Jurassic” has come to mean something incredibly ancient; hundreds of millions of years old in the history of this planet we call Earth. This is in part due to the popular film “Jurassic Park,” which theorized that long-extinct dinosaurs could be resurrected through harvesting fossilized DNA. Besides being scientifically unfeasible the name itself was a misnomer as many of the dinosaurs featured in the film were from the Cretaceous period of Earth’s history, not the Jurassic. Nevertheless the usage of the term stuck and in some cases became a badge of pride for people who eschewed modern trends over older forms. If the saying “everything old is new again” holds weight it’s no surprise to find some people would rather play Atari 2600 and listen to Fat Boys records than buy an X-Box 360 and get the latest Lloyd Banks CD. Sounds ludicrous? Well here’s something to consider – that 25 year old Atari you’ve got gathering dust in the closet still works, but in 5 years time that new X-Box with all the polygons and high speed processing won’t. Hell it might not even take five months before it becomes a fossil in its own right.

Jurassic 5 is also something of a misnomer for the popular hip-hop group from Los Angeles, California. While the usage was intended to show they were in some ways a throwback to simpler times, there’s nothing inherently simple about their music or rhymes. Jurassic 5 actually bridges the era between the Atari 2600 and the X-Box 360 by combining the old school values of a crew of MC’s and DJ’s banded together for one common cause with today’s freshest beats and most up-to-date topics and punchlines. Even the “5” in their name was somewhat misleading – for a time the group was a six man crew featuring DJ’s Nu-Mark and Cut Chemist side by side with the rappers Zaakir, Marc 7, Akil and Chali 2na. Chemist recently and amicably parted ways with the group to pursue his own projects, so at the present time they are a true Jurassic 5 in number. One could argue though that the entire Dave Matthews Band became an unofficial sixth member on the first single from their new album “Feedback,” a swinging upbeat song called “Work it Out”:

Marc 7: “It’s not appealin as you truly speak your feelings
I be lookin at the ceilin, so concealin
I shoulda put my heart on the table
Knowin I was good and able but instead I fed your fables
If I could have you back best believe it’d be forever
Cause each and every day you would hear those four letters”

Chali 2na: “These are different times but we feel the same pains
The blood of mankind’s runnin through the same veins
We write to make it right, some would say remain tame
Same crimes even though the names changed
And we like different minds workin off the same brain
Passengers on different cars steppin off the same train”

While a fine song in its own right “Work it Out” is not necessarily emblematic of “Feedback” as a whole. Jurassic 5 has experienced some crossover pop success in the past, but “Work it Out” is by far their most pop-oriented song to date. That’s not a knock – it’s just a fact. They need to get their name back in the public eye given it’s been a four year layoff since “Power in Numbers” was released, and an upbeat song with the Dave Matthews Band is certainly the way to do it. On the Nu-Mark produced opener “Back 4 U” though, the group comes much harder with a song which mixes live concert footage with tight raps and samples from “Beat Box” by Art of Noise. The piano notes are accessible, but not wishy-washy or soft, an attitude emphasized by Chali 2na with the words “Feel sorry for those who bystand innocently [..] demolished every nerd in my path, the verbal giraffe.” J5 even get a little crunk on the Salaam Remi produced “Radio,” not a sound you’d necessarily expect from them but one which they carry off with able skill. Things get tropical on Scott Storch’s “Brown Girl (Suga Plum),” go straight 70’s funk on the Curtis Mayfield laced “Gotta Understand,” and then Nu-Mark brings it back to the early 1980’s styles they’re inspired by on “In the House.”

If you noticed that the previous paragraph ran down the first five tracks of “Feedback” in sequential order, it’s not a coincidence. Some albums inspire you to skip around from track to track trying to find the beats or rhymes you like best, but “Feedback” is not a rap buffet. It’s more like a restaurant that serves you a fine multi-course meal – some dishes are large and others are small but they’re all so tasty you wouldn’t want to skip over any of them. Some flavors may seem a little exotic, such as whistling hook and stripped down layering of Salaam Remi’s “Get it Together,” but once you have a taste you’ll wish the flavor lasted longer and want more as soon as it’s gone. Sure you could go back and get another helping, but stick with the theme here and move on to the next dish! Nu-Mark’s “Future Sound” is so jazzy and uplifting that waiting any longer to hear it would be a mistake. When the words “I’m one of the last cats, puttin the flavor back into rap” hit your ear, you’ll know this was not a taste to waste.

I’ve tried awfully hard to find a song to say wasn’t worth listening to on this CD, but even the “J Resume (Skit)” was an entertaining break between tracks. In fact the only downside to “Feedback” is that by the time you reach the swinging latino rhythms of the instrumental finale “Canto de Ossanha” 52 minutes of hip-hop soul just won’t seem like enough. “Feedback” is another term that gets thrown around with a lot of different meanings – sometimes it’s the noise that prevents a response, and sometimes it’s a request to GET a response. In J5’s case “Feedback” is definitely the latter, and the response they’ll get is both appreciation from their long-time fans and cultivation of a new group who realize there’s nothing fossilized about this West coast quinquervirate of dopeness.