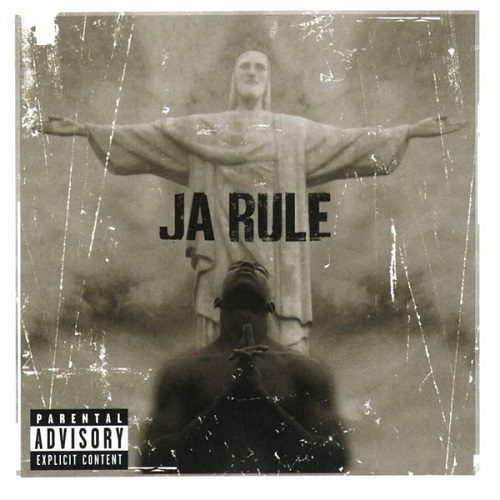 Every summer of hip-hop has a hot commodity or two on the New York Rap Exchange, and this year’s fastest rising investment has been Ja Rule; soon to trade under the listing of “Murda, Inc.”

Like most hot stocks, there is usually a kernel of truth built around a lot of inflated expectations of unrealistic returns. Factors fueling Ja Rule’s meteoric rise have included: an underground reputation as a one-time member of the (rightfully deceased) Cash Money Click, guest appearances on two Mic Geronimo albums, a vocal tone with much in common to DMX, a deal with current commercial rap titan Def Jam, and appearances on everything from a BlackSTREET duet with Janet Jackson to a Coke commercial.

To Ja’s credit, he hasn’t wasted the buzz. And at least musically, Ja Rule has produced an album which will hold the listener’s ear. Hardcore anthems such as “World’s Most Dangerous” rely on a fat bassline and thick drum kicks. The lyrics tap a vein of nihlism which Tupac Shakur made popular, as Ja Rule growls “Fuck the world if they can’t see/I’m a bastard, hollering FUCK ME/blaze to the death and die with dignity”. Surprisingly, Ja also has some bouncy up-tempo tracks, such as the club-rocking car-hopping anthem “Holla Holla” which really could have been a hit with almost ANY lyricist rocking the beat.

Therefore Ja’s biggest flaw, in a nutshell, is a lack of distinctiveness. His murderous lyrics could be interchanged with Mobb Deep, his vocal tone with DMX, and his style in general with about a hundred similar New York hardrocks. Proof of how problematic this is for Ja is the fact he is shown up by Jay-Z and DMX on “It’s Murda” and then by an often criticized Erick Sermon immediately following on “E-Dub & Ja”. In fact, Erick’s lyrics are probably the album’s biggest standout:

The album’s one big surprise is, when looked at logically, rather unsurprising. Ja Rule duets with Ronald Isley on “Daddy’s Little Baby” for the chest-thumping obligatory “even thugs have a soft side” track. It isn’t that it’s not a good song — it displays what is probably Ja’s most interesting lyricism of the album — but the formula of having the softer sell song on a hardcore album to appease critics and generate crossover interest (and even possible Grammy nominations) is worth exposing for what it is.

Like any hot stock, Ja Rule is best bought low and sold high. He is a capable, if lyrically uninventive MC. His music, quite arguably, carries his message. But expecting Ja to be able to continue to buy off such hot production or consistently get the critics to gloss over his insipidness will be a tough challenge. Joining Jay-Z and DMX’s “Murda, Inc.” is probably the best career move he could make — he’s using his name while it’s hot and he gets to split the mic time in thirds and shift focus away from his weakness. Catchy hooks and good beats make radio hits, but Ja will not be able to experience the personal growth which would give him longevity as an artist. Def Jam needs to milk him for what he’s worth while they can.