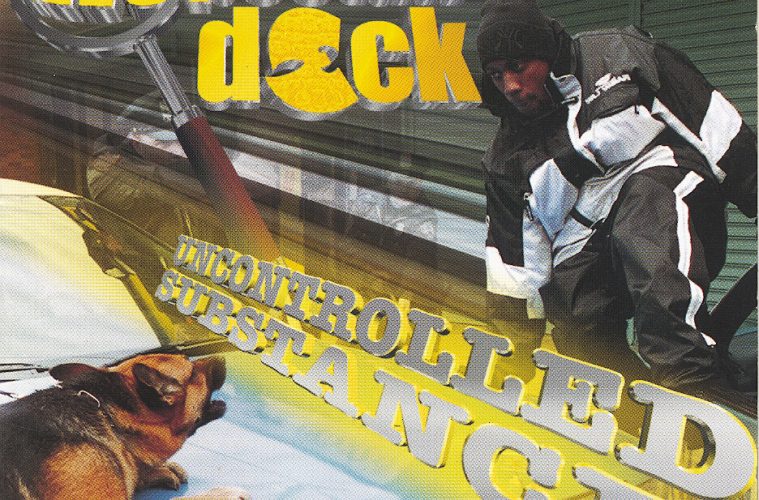 Think of hip hop as constipated right now. You know there’s some good shit in there, but it’s a constant struggle to get a good movement out. Every now and then, a pebble will splash here and there, get you thinkin you got the full thing comin, but it stops there, leaving you teased and frustrated. Then finally, after a long, long, even longer than that wait, the much awaited log begins it’s roll down the intestines. And much like the end of constipation, “Uncontrolled Substance” is some long, satisfying shit.

Now that I’ve weirded out most of the audience, let me continue. This album, pushed back about a year and a half now, doesn’t show the signs of mediocrity that other long awaited albums (Method Man’s second, “Murda Muzik”) have succumbed to recently. I’m not about to question why, I’m just happy to finally get this shit and find out it’s good.

It starts with the voice from Wu’s first screaming “Up from the 36 chambers!” and gets you in that mood straight off, that “awww, okay, this is gonna be some shit” mood. Okay, it got ME in that mood. The restof the intro descends into a stupid little skit, but if you track past it instantly, it’s no problem. Because “Movas and Shakas” will crack your head with smackin drums and funky horns courtesy the RZA. It’s a beautiful combination of 89 and 99, and Deck comes lovely. A nice track to set things off with, and it closes out nice with what sounds like a freestyle over a rough beat for about 30 seconds. Wish they’d left the tape runnin, he sounded nice and fuckin loud there.

“9th Chamber” continues the string of guaranteed dope shit whenever there’s a “chamber” in the title. Quickly in and out, as La the Darkman, Barreta 9, Killa Sin, Streetlife and Deck pop off forceful verses back to back to back with no stoppin and no chorus. 4th Disciple keeps it hittin with that patented moody wu string section. “Uncontrolled Substance” stumbles, however, with a cookie cutter Wu beats and a terrible chorus that sounds like it was lifted from a cheezy 70’s cop show. He almost redeems the song with his headnoddin flow, but not quite. However, this track could grow on me, eventually. Maybe if I just cut the chorus out or somethin.

But Deck shows off his production on “Femme Fatale” and boys and girls, his shit is FAT. While Wu might be pigeonholed as dark and moody with dissonant chords and dark beats, Deck is more funkbased behind the boards. Horns, a thick bassline and a guitar accent a crackin beat. The story he spins is akin to what EPMD should have came with on their latest version of “Jane.” As a matter of fact, after a few listens, the three songs that stand out immediately to me are all rhymes about women: “Femme..” “Forget me Not” and “Lovin You” all share some nice wordslingin, and all have bangin beats courtesy V.I.C and True Master, respectively.

The album does stumble, some, however. Some tracks kinda blah out, where Deck stays a little too close to the same monotone for most of songs like “Elevation” and “Longevity” with U-God (who I normally can’t fuckin stand, like his verse on “The Grand Prix” but comes pretty damn nicely on this song. You know, he actually makes sense on this song. No. Really.) “R.E.C. Room” came out so long ago, it’s hard to get too excited hearing it on the album. Not to say it’s a bad cut: If it got tossed on in a mix show, it’s “REC! REC! REC!” chorus and it’s buzzing beat would still hit, it’s just that it’s, well, an old song on a new album. I’d rather only new shit on new albums.

Weird observation: Has anyone else noticed that Masta Killa sounds like Method Man rapping while sedated? It hit me on “Friction,” an otherwise okay song, with adequate performances by Deck and Killa. Nothin jumped out at me when I kept it on.

But he recovers from those little stutter steps with his own beats and compositions. “Word on the Street” is another funky, bangin production, “Hyperdermix” is a change of INS pace towards creepy synths instead of guitar lines and fat bass. “My metaphors touch down like the hammer of Thor” he spits in the middle of a steady flow. “Show N Prove” mixes guitar strums, stuttering horns, a male chorus wordlessly singing to good effect. Spittin lines like “Fire in my eyes as hot as earths core/What hurts more is the fact that we still dirt poor/And hard times force crimes out of honest man/and most fiend to see the so called promised land” the song comes off as a kind of mutated, rougher “Git up, Get out” type jam. “The Cause” featuring Streetlife is a jittery track smoothed out by yet more horn quotes and string stabs. Streetlife continues to improve and impress, got me hoping Wu decides to jettison Ghost and U-God, maybe Masta Killa, and promote this cat into the A-team status.

What’s probably most surprising on this album isn’t that it actually came out (rumors had been circulating that the LP had been given up on at Loud) but that INS is just as good at making beats as he is behind the microphone. I’d had an inkling that he could wreck shit, but I didn’t know he could pop off shit like he put down on this album, outshinin proven Wu beatmakers like True Master and RZA on some songs.

While he does tend to get monotonous and tiresome sometimes, he for the most part keeps you at attention with either a quick break, like “Femme Fatale” or a complete stopping of the song (as in Elevation) or nice guest shots from MC’s like Streetlife or La the Darkman. But it’s gonna get compared to the other Wu solo shots that have been offered up, and up against those, I gotta put it as 4th: “Liquid Swords,” “Only Built…” “Return to the 36: the Dirty Version” (argue that if you want, but that shit had my head noddin like crazy and had me laughin my ass off at the same time). “Uncontrolled Substance” clocks in right under that last one. Not classic, but good shit in good company.