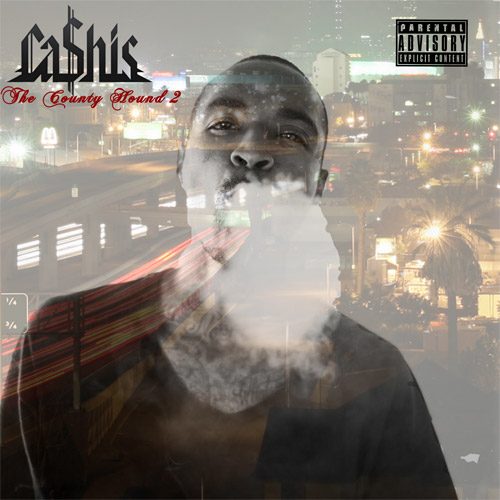 Very few rappers can get the kind of exposure straight out the gate that Orange County, California’s own Ca$his did on his major label debut. “Eminem Presents The Re-Up” debuted at #2 on the Billboard Top 200 and sold 300K copies in its first week alone on the way to going platinum. For the West coaster who is alleged to be a member of the Gangster Disciples, banging became a thing of the past. (Seriously though – do they really get down like that in the O.C.?) Having appeared on six songs on the compilation including the popular hit single “You Don’t Know,” Eminem succeeded in making Ca$his an “Overnight Celebrity” faster than Twista ever could.

Now to be perfectly honest I wasn’t feeling Ca$his all that much when he came out. Shady Records was already crowded with artists like Obie Trice who needed to be pushed further into the mainstream before bringing in new blood, and OF the new blood the Atlanta native Bobby Creekwater sounded like he had much more potential. Nevertheless Eminem saw more than just literal dollar signs in Ca$his name and decided this was the artist Shady Records would annoint to blow. “The Country Hound EP” was the result, a moderately priced (under $5 at Best Buy) release designed to entice those who already forked out for “The Re-Up” to take a chance on Ca$h for a low amount of dough. Em was serious enough about this solo debut to produce six of eight tracks for C and even guest rap on the underground banger “Pistol Poppin'”:

Ca$his: “Sixteenth in my sneakers, I ain’t listen to my teachers
I’m the most hated nigga alive, since Jesus
Maybe in the afterlife they’ll reveal my Christ-like abilities
Come back, to ride on my enemies
Never been afraid of beef, medals of my bravery
War situations got you sayin he – crazy G
Em emerged with the beat, I can serve anything
Especially anybody tryin to diss my team â€“ Shady
{*blam*} G-Unit, Aftermath the same thing
So if you say them, punk nigga you say me”

Eminem: “Maybe I just feel like there’s too many pussies in rap
Shady (Ca$his) we gotta push ’em to the back
Move ’em along, push ’em aside, don’t get me wrong
I love the finger snaps and the claps into the song
It’s gotta catch but come on man, the raps
we all gotta step our game up; especially these lame fucks
who walk around with their chest out
Just tryin to be down with anybody who’s left now”

The pounding beat seems more suited to a 50 Cent or a Lloyd Banks track, but the tendency for Eminem’s production techniques to occasionally become repetitive and self-derivative is already well known. Regardless the level of Ca$his’ rhymes is invigorated by sharing the track with a bonafide hip-hop superstar, while “Ms. Jenkins” showed more depth for Ca$his than any of his previous solo tracks. The song immediately catches your attention thanks to a sample of Queen’s “Bohemian Rhapsody” played slightly too fast, but it’s Ca$h’s lyrical gun blast that makes the Em produced track last:

“Dear Brian, it’s Ca$his, I can’t sleep
I had to bang you, before you bang me
Just like I blame you, you could blame me
We both gave up our lives for banging (yeah)
We didn’t know each other but we share the same hate
Yo’ death is my life, so we share the same fate
This ain’t what bangin was for, killin for nothin
Your death gave karma for the death of my woman (Monique!)
I’m tryin to make amends cause within I’m croak
But outside I’m hard, my friends don’t know
I’m sorry that I killed you, I know it don’t mean shit
We both could’ve stopped it, if we only seen shit
Happens for a reason we don’t even know it
When you leave here, do you know where you goin?
I’m sendin my apologies through a song
Maybe we can reconcile when I’m gone”

“The Country Hound EP” turns out to be a surprisingly good value money-wise. The CD clocks in it at over 30 minutes with only the first track’s 56 seconds wasted on a pointless skit to prove how Ca$his’ controls his turf. If you had to price the songs on the EP individually through Ã  la cartemeans like iTunes you’d pay at least $3 more than the commercial retail in most brick & mortar stores. The flipside of this equation though is that for $2 you could acquire “Ms. Jenkins” and “Pistol Poppin'” and save $3 off buying the whole EP. “That Nigga a Gangsta” is one of two tracks not produced by Eminem and Rikanatti’s beat is much more monotonous than anything Em’s done in a while. The Ron Browz’ “Thoughts of Suicide” fares slightly better, but Ca$his’ performance is weak especially when the song’s title draws instant comparison to Scarface’s classic raps from Geto Boys’ “Mind Playing Tricks on Me.” In fact it really ought to be criminal that nobody thought to sample or scratch the line “I often drift when I drive; havin fatal thoughts of suicide” somewhere into the song. Ca$h really falls apart when he declares his rap “the last lines of the next Kurt Cobain” and captures none of the tortured anguish of Washington state native.

With songs like “Gun Rule” and “Just Like Me” Ca$his may have acceptably funky beats but ultimately he offers the same platitudes about drinking, smoking, spending and shooting as any other self-proclaimed G in the rap game. While “The Country Hound EP” shows Ca$his has more potential than his other appearances, it’s potential that is largely squandered by his inability to rise up to another level. Due to the low price and the backing of Shady Records this EP will undoubtedly fare well yet still leave the question of whether or not the full-length album “Loose Cannon” to follow will be a successful venture.