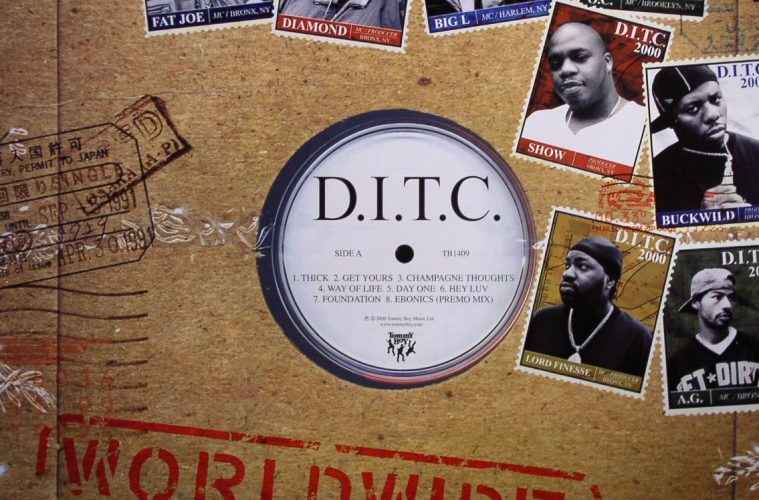 The ghost of Big L continues to haunt hip-hop. One of the nicest punchline rappers from New York City to ever bless a mic, L’s career was always overshadowed by more infamous native sons like Biggie Smalls, Nas, and Mobb Deep. It’s sadly ironic that in his life after death, the long overdue accolades for his style and mic control are coming in. As the newest member of the legendary Diggin’ in the Crates family, L was poised to shine – sharing mic time with Lord Finesse, O.C., Fat Joe and A.G. while uber-producers Showbiz, Diamond D, and Buckwild handled the knobs on the boards (while all but the latter also bless the mic).

This album’s biggest irony is that Big L is not even the only post mortem MC to make an appearance. If “Get Yours” didn’t already make you want to pour out the 40, Fat Joe’s “twin” Big Punisher shows up on the piano flavored “Where Ya At” with some of his typically mystifying super fast syllable flipping. R.I.P.

One unfortunate problem with this album is timing – many of these songs have either been leaked to the hip-hop world already or have beats that were rocked on other albums while D.I.T.C. got pushed back time after time. This may cause you to quirk an eyebrow at “Way of Life” when you hear “B-Boy Document 2000” or “Day One” when you hear Puff Daddy’s “Young G’s Perspective”, and so on. The latter cut is a nice inclusion but is actually fairly dated considering the MC’s shout out “nine seven” in the song’s opening.

Throughout though, it’s hard to stay mad at an album that is well produced musically and has an all-star group of the five boroughs best. “Foundation” could easily rock the jeep or the club, the Premier mix of Big L’s “Ebonics” is a nice touch, and KRS-One’s appearance on “Drop it Heavy” is some of his hardest work on wax since appearing on P.E.’s “Unstoppable”. The altogether too short “Da Enemy” may be the sleeper cut of the album: an ultra hard beat and Big L at his “Lifestylez” best style terrorism. Whether you buy this album to resurrect the spirits of the dead or to live in the Y-2-G with phat beats and rhymes, you’ll come up a winner either way.