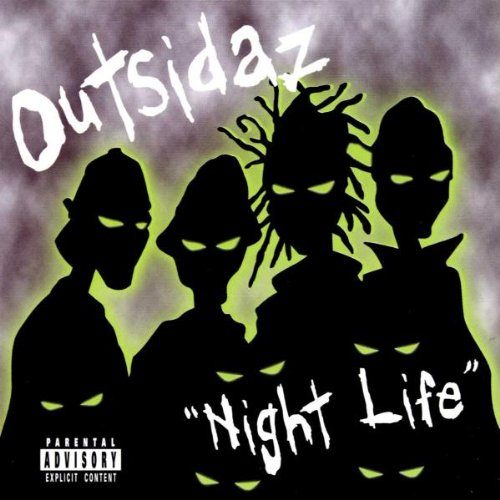 Eminem once said of his erstwhile posse that they are “dope as fuck and only get a two in The Source.” Be that as it may (and who expects a mic rating in The Source to be accurate these days) I don’t think any crew that includes Pace Won, Young Z, and Rah Digga has much to worry about, at least on a lyrical tip. Other than their most infamous (and whitest) member, these rappers are known for a snappy flow and humerous punchlines throughout their raps.

Pace Won’s solo offering “The Rah Rah” is an ideal example of their steelo. Over a brooding heavy bassline, Pace kicks lyrics that are almost unintentionally comical with raps like “hoodrat hoes be acting GOOFY, sunburnt skin and white lips like a MOOLIE”. Umm? But just try to stop snapping your neck, and just try to keep yourself from memorizing the lines word for word. It’s infectiously fun!

Throughout, production duties are shared by Ski, Az-Izz, Pace Won, and Mr. Jim Jonsin. The only obvious miscue musically is “Fuck Y’all Niggaz,” which also features a battle between Rah Digga and Young Z that is uncharacteristically lame. Even Young Z’s funny snaps seem somehow out of step with this ill advised revision of Positive K and MC Lyte’s “I’m Not Havin’ It”.

This song more than any mars what would be an otherwise exceptional EP. The all-star mic passing of “Rush Ya Clique” will have you busting a grin, the almost snake charming feel of “Money Money Money” will put you in a trance, and the thick black smoke of “It’s Goin’ Down” and “Night Life” will envelop your senses. Just be fairly warned – the Outsidaz pride themselves on not sounding like your typical East coast rappers. Consider this: Young Z is the highest pitched rapper in the click, and female rapper Rah Digga’s voice is second only to Pace Won in bass. This uniqueness, the excellent beats, and the humerous character of their rhymes throughout makes “Night Life” the best EP worth copping since Blackalicious’ “A2G”.