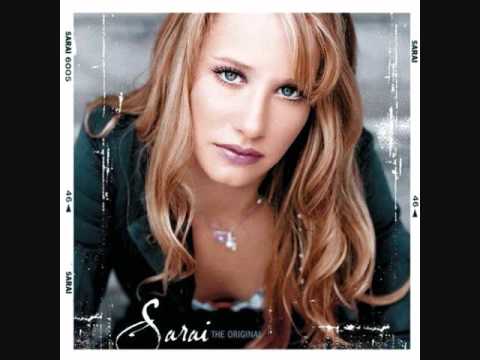 White female rappers don’t have an exactly stellar track record in hip-hop music and culture. Remember Icy Blu? Or Tairrie B? Perhaps you are a fan of Princess Superstar, one of the few to gain a modicum of credibility, or you remember the pioneering old school rap of Debbie Harry on “Rapture.” Still it’s funny that when I Google searched the phrase “white female rappers” to refresh my own memory about this hip-hop minority, the phrase “Trivial Pursuit” kept coming up in every article – perhaps rightly so. Trying to name half-a-dozen of these rare MC’s might stump even Ego Trip’s Book of Rap Lists

“Hey Mr. DJ, turn the music up loud
And everybody report to the dancefloor now
Line ’em up cause we bouts to get down
Off the chain like they do it in the South
Everybody just havin a good time
Got my eyes on the guys that’s here, they so fine
That’s right, Sarai can get it krunk
How much junk you got in that trunk?
Come out the house, get on the street
Hear Cee-Lo, let out the ‘Closet Freak’
Act a fool, you can do what you want
Get loose cause the track be that funk
Groove to the bump”

Like this reviewer, you may have jammed to the song on the radio without even knowing homegirl was caucasian. Sarai would have it no other way – as she says on the song, “How many of y’all the same color inside? So why divide? I mean there’s no reason why.” There’s also no reason why Sarai should limit herself to just this one style of rap. On Ali Dee’s salsa style “What Mama Told Me” she gets a little more raunchy and shows a blunt sex talk not often heard outside of Lil’ Kim:

“You and the liquor got my eyes blurrin
And when you licka the kitten for certain, she get to purrin
Ridin the wave you got me surfin, eatin what I’m servin
I’ll play the game, show me what’s behind the curtain
All the slurrin got me urgin, to get the work in
Bodies mergin, hot like chicken jerkin
X-Rated version, me and this person
Gettin down in the dirt and grabbin his shirt and his jeans
Perkin, have him hittin high notes like MC, in +Fantasy+
Could it be you and me on the +Island+ whylin
You down low like you deep-sea divin”

That quote sounds hot, but trust that she gets even HOTTER. Her voice is what really makes it work – a surprisingly smooth mixture of Angie Martinez and Pink. And like the latter, she’s not afraid to talk about hard times and a rough childhood on songs like “It’s Not a Fairytale”:

“Unsure – who I am what the future has in store
Man I’m tryin to be grown cause my parents now divorced
I took a charge to roll with Dough Boy
Moms tried to force me to move to New York
But of course, that plan it fell short
She found herself caught up in court on child support
Drama, problems of all sorts
Stressin started smokin Newports
Carefree, about the ones who care for me
Lost teen, givin up on my dreams, and as worst as that seems
had me thinkin crazy things like suicide
Like it’d better everything if, I just die
Full blown, without guidance or a home
I’m startin to get stomach pains, that’s strange, what could be wrong?”

Sarai’s got the lyrics, the flow, and the personality to connect with her audience. Among the already rarified air of female MC’s, this places her at Mt. Everest like heights. And while her album is not blessed by names like Just Blaze and Kanye West, she does get some help from Scott Storch on the “I Know,” the Dr. Dre like song “You Could Never,” the sultry “L.I.F.E.” featuring Jaguar Wright, and the hardcore “Black & White” where she challenges all her critics. Even if you don’t recognize names like LJ ‘Chocolate Starr’ Sutton and Brandon ‘B-Stylz’ McKinney, they do a fine job on songs like the triple time style “It’s Official” and the heartfelt reminiscing of “Mary Anne” featuring Black Coffey.

What’s the bottom line on Sarai? Two things sum up this album: appearances can be and often ARE deceiving, and the perception of white female rappers automatically being whack should now be shut down for GOOD. Sarai’s album arrived on store shelves quietly, but it makes a loud statement when listened to. You may not be ready for Sarai, but she’s ready for the rap world and wins by not being intimidated by the challenge of getting over – she just intimidates it right back.