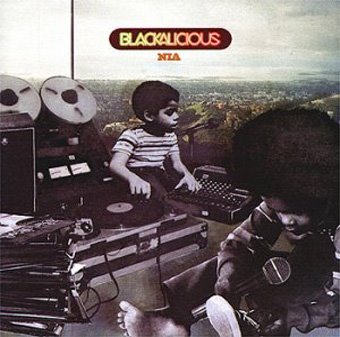 Expecting The Source to understand Blackalicious is like expecting David Duke to bop his head to the X-Clan.

Rappers like Gift of Gab don’t choose their names on a whim. As the opening track “Searching” says, he is constantly “progressing, changing, evolving, growing” into a greater MC than he was before. If you’ve been following Gab since the seminal Solesides EP “Melodica” then you’re in for quite a treat. This is truly the next level of Left Coast rap as WELL as Quannum (the Y2K Solesides) Projects.

Produced 90% by Chief Xcel with some guest assistance by DJ Shadow and Lyrics Born, the in-house Quannum talent is so fat there would be no need to call in for a remix. Gab makes their beats worth the while by getting random on tracks like “The Fabulous Ones” and “Beyonder” and deadly serious topical on “Shallow Days” and “Making Progress”. Gab’s versatility is also a reflection of his ability to not take himself too seriously; otherwise he wouldn’t be able to rhyme that he is “cranberry juice” cleaning out the bowels of hip-hop. Say whaaaaaaaaat? A-typical just scratches the surface of Gab. On the Lyrics Born duet “Do This My Way” he takes you on a whole ‘nother plane:

Don’t expect your bling bling, your bang bang, or your ‘caine slang. That’s not to say there isn’t drama – tracks like “Cliff Hanger” will literally leave you on the edge of your seat like a serial thriller waiting to see what happens next. Really it’s hard to point out anything bad on this album. From the almost surreal club feel of “You Didn’t Know That Though” to the eerie “Trouble (Eve of Destruction)” to the groovy “Reanimation” there’s not really a weak moment on this 19 track long album. The only gripes you may have, and they are minor, is that if you bought the “A2G EP” earlier this year a couple of songs from that reappear here. Otherwise, anybody who wants some hip-hop about love, life, and lyricism over fat beats has just been WAITING for this album. This album is the answer to the question, “What’s been lacking in hip-hop lately?”