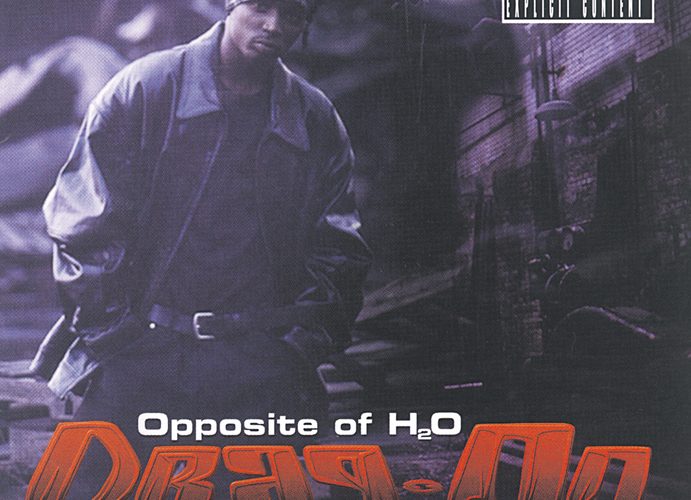 Bearing one of the more interesting Nom de Plume’s of recent rap memory, DMX’s protege “Drag-On” intentionally unhyphenates himself lyrically with the rather medieval claim that his rhymes are pure flame. There’s no Puff the Magic here folks – it’s all Swizz the Beatz Bangin and P. the Trackz Killer on the musical tip here; with guest appearances by David Starr, Teflon, and DJ Iroc.

When you claim to be the opposite of water though; it helps to not be all wet. Yes, Drag-On is a hit in the clubs. Nobody can deny the previous success he’s had with “Down Bottom” (not included) or “Spit These Bars” (track three) but on a 19-track album his name rings with unintentional irony: the album DRAGS on.

It’s not as though Drag didn’t try to hit the head with concepts; such as the “everyday is the same ol’ shit” story of “Groundhog Day” or “The Way Life Is” with R&B heavy hitter Case singing the hook, but the beats tend to plod on and on. Obviously Drag wants to be New York’s grimiest, but even when he raps faster on songs like “Pop It” and “Click, Click, Clack” you don’t get pumped up. There’s only so many ways you can say you’re the hottest thing in hip-hop and without the braggadocious versatility of Lord Finesse or J-Live it just doesn’t work. In fact, the album’s title track with Jadakiss has the unfortunate effect of drawing a rather apt comparison between them – both are dope in small doses but not very interesting in the long run.

I’m not saying Drag won’t push units. Ruff Ryders is, next to Cash Money, the biggest thing happening in hip-hop right now. “Niggas Die 4 Me” is making inroads on video and radio and grimy hardcore songs like “Ready For War” and “Snipe Out” will keep the gangsta contigent happy, but listening to this album from start to finish is like five straight shots of NyQuil with no chaser. This is not totally Drag’s fault – the insipid beats fare poorly especially when compared with the Tunnel Bangers of fellow labelmates DMX and Eve. Did they just run out of fire when Drag got On? Ironically, it seems that way.

Basically, Drag has less charisma on the mic most of the time than Guru taking 190 Everclear to the head. It helps to sound like you care about what you’re doing. No, you don’t have to shout like Sticky Fingaz from Onyx but anything would be an improvement over his “I rolled over out of bed and picked up a microphone to rap” flow. Sorry Drag, you’re just not that hot.