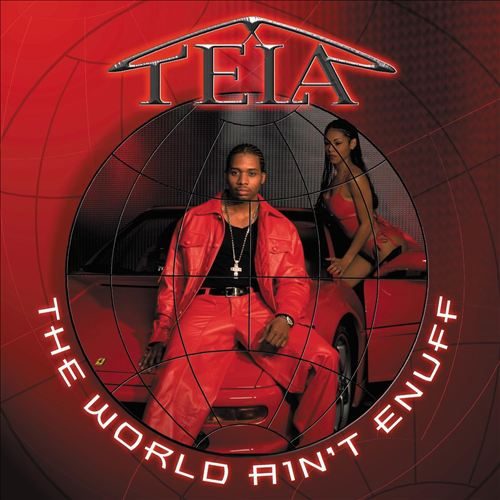 Back again one mo’ gen in the two triple-zero, Tela’s out to prove that his decision to leave Suave House was no mistake with “The World Ain’t Enuff”, his second album for legendary Texas label Rap-A-Lot Records. A South Memphis rapper with a surprisingly crisp rap style and flow, Tela keeps it dirty but distinctively krunk on his new release.

Throughout the album Tela sounds energized like a man on a mission. Scarface and Lo-Key cameo on the title track, where T props up his record label AND the South for not getting paid the dues they deserve:

“Aiy J, I love you, and the hustle
for puttin down the weight so the South don’t struggle
Now niggaz wanna play like they forgot the muscle
that paved the way for them to pick you up and touch you
Don’t play – you know them bitches wasn’t fuckin with us
Segregated us and called us country as fuck”

Tela’s isn’t resting on the laurels of his past albums or his label’s reputation though. The rocked-out “Hell Naw!” with Do or Die’s A.K. is innovative while “Friends” is a pleasant year-2000 update of the Whodini classic that showcases Tela’s story-telling ability. Tela is not aiming to be the fattest rapper or illest freestyler – he just wants to be solid on the mic, and he is. He can even flip it like the Big Tymers on “Playboy”, and you won’t be mad at it; he does their style as well as they do.

Southern rap fans certainly won’t be mad at Slice T’s production or the guest appearances of cats like U.G.K. on “Sho Nuff 2000”. With playalistic songs like “Table Dance” and “Tela” it’s hard to argue with Tela’s sound or his style. It only remains to be seen if Tela will finally get the recognition he deserves after paying dues for a decade in the world of rap. He’s definitely overdue.