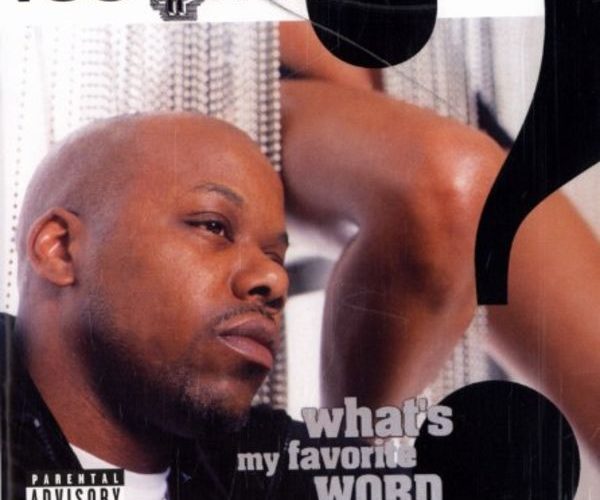 Too $hort :: What’s My Favorite Word

While LL Cool J was loudly crowing about how he released his tenth album (even though one of those ten was just a repackaged “Greatest Hits” CD) the legendary Oakland mack Sir Too $hort was quietly releasing album number FOURTEEN. So quietly, in fact, that nobody even bothered to put ads for it in their Sunday flyers or mark it on sale at the record store. As the editor of RapReviews.com, I got more than a few curious and upset e-mails asking, “Why ain’t you reviewed that new Too $hort?” Up to that point, I didn’t know there WAS one. When I went to Best Buy and asked for a copy they said, “Sorry we only ordered 20 and they all sold out.”

Well peeps, after looking for a copy for the past week, and even ending up with an edited copy I had to return (an edited Too $hort album has to be the most useless thing ever made) I finally scored a copy of “What’s My Favorite Word.” Any artist with Too $hort’s platinum status in the record business and THE GAME in general should not be this hard to find, but if you’re a loyal $hort Dog fan like I am you’ll be pleased to know it’s business as usual. For anybody who was asleep for the last thirteen albums, here’s a quick summary: Todd ‘Too $hort’ Shaw is to dirty rapping from Oakland what Luther ‘Luke Skyywalker’ Campbell is for Miami. The surprising thing is that even though his hardcore bravado, explicit sexual stories and filthy talkin’ could make Luke blush, $hort has never endured the severe degree of scrutiny 2 Live Crew did in their heyday. Some people thought it was because the West coast rapper was strictly a West coast phenomenon, but ever since the smash hit success of “The Ghetto” on his sixth album, the profound pimp has been a household word for hip-hop heads coast to coast. And if you’re still wondering, his favorite word is “bitch” and always has been.

$hort wastes no time getting back to business on the opening track “Triple X.” No intro needed, because over his own pimped out beat (one of the few rappers going who makes tight tracks for himself) that legendary pornographic MC is already running his mouth again like hip-hop’s own Dolemite:

“What’s on your mind hoe? That nigga Too $hort
got you playin with your pussy fo’ twenty-fo’
In the mornin, why I won’t call you back
Got another little freak all on my lap
She’s been tellin me things that I wanna hear
So I hit you on another day, another year maybe
I still wanna see you baby
I know I told a few lies, you wanna be my lady
I’ll let you ride with a player in my new truck
Take you straight to my house, you can do me up
and back down again, get around your friends
Let ’em know, e’ry nigga from the town’s a pimp
My daddy was a player, my grandpa too
Now what the fuck else am I supposed to do?
Put my finger on the pussy, rub the nipple next
$hort Dog’s in the house with the Triple X”

Old school funk fans may shed a tear when they hear Roger Troutman Jr. performing the vocoder on “Get That Cheese.” It’s another track that shows just how much love Too $hort has for classic ish, but he’s not afraid to go in a compltely different direction with the Lil Jon produced Southern bounce of “Quit Hatin’ Pt. 1” featuring Twista among others and the subsequent switched up “Pt. 2” that includes Pimp C of UGK. And just like his fellow ten album club member LL Cool J, $hort has a song about “Lollypops,” although you can guess which one is more sexually explicit:

“I said hold on baby, we almost to the spot
We gon’ do somethin nasty, with all this lust you got
I fucked her on the floor, then we got up in the bed
Woke up in the mornin, can’t remember what we did
Last night we was drunk, drinkin dirty motherfuckers
Stayed up all night, ’til 7:30 can’t touch us
When we down on the beach, in the sand of Miami
I done found my freak, done got my hand in her panties”

Too $hort always manages to slip in at least one surprise or two to the people who think they’ve got him all figured out, and on the La Dre and $hort co-produced “Female Players” Too $hort flips the script around. $hort has said in his raps before that there are women with more game than men, but this is the first time he wrote a song about admiring them:

“You got, too much ass in your jeans
Throw it my way, I’m not passin a thing
Are you a pleaser? Or a teaser?
R&B diva or a skeezer?
[…]
Yeah she got dough, she get her hustle on
You can’t buy that girl out, fool what you want?
She get her own table, buy her own bottles
Look in her purse, she got long dollars”

Too $hort seems to swing back and forth on the pendulum from the extreme of doing albums almost entirely himself to having lots of guest stars. The good news about the latter is that when $hort invites people to rap, the guests are always ghetto fabulous and the beats are hard knocking. The Ant Banks produced “Cali-O” featuring B-Legit and E-40 among others is a good example, as is the dual-produced Shorty B and Too $hort track “Pimp Life” featuring Bun B of UGK, Big Gipp of Goodie Mob, and best of all that smooth Texas rapper best known as Devin the Dude:

Nobody ever said Too $hort released albums for feminists or squares. You won’t hear it on any of this album’s tracks, from “Call it Gangster” featuring Petey Pablo to $hort’s cautionary tale “Set Up” about the dangers of dealing in vice, to the album’s finale “The Movie” with George Clinton on vocals and production. It’s a good year when Too $hort releases a new album, and for the third straight year in a row we’ve been laced up with another round of that hard-talkin’ unapologetic parental-discretion-is-advised master of the rawest raps in the land. While you can’t honestly say there’s much on this album we haven’t heard from Too $hort before, he was and STILL IS the master of the “Freaky Tales” that he tells so well.