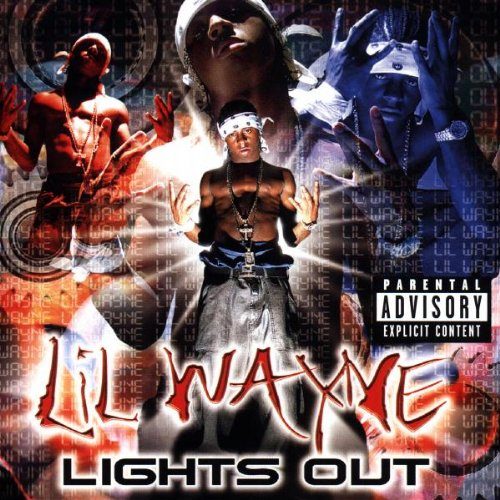 The folks like to call him Lil Wheezy, and his fans say that he’s off the heezy. Ya smell me? People feel Lil Wayne is so hot that he’s “off the hook” like a receiver left dangling on it’s cord at the pay phone on the corner. The corner? Yes, the corner. And Lil Wayne’s about to tell you why you should get off it.

Wayne’s bio reads like a typical gangster rapper – born in the 17th Ward community of Hollygrove (New Orleans), a decaying and bullet riddled urban nightmare in his own words. Wayne does not roll with a typical clique though – he’s a member of the internationally famous “Hot Boys” rap group on Cash Money Records; a family that includes rap superstars like B.G., Juvenile, and Young Turk. Typically for a Cash Money Records release, uber-producer Mannie Fresh is in charge for 99.9% of the album’s beats; giving it that distinctly “Bling Bling” sound that has kept their songs ringing from car speakers and club walls for the past year and more.

Just to be clear on this, he may be “Lil” but he’s not a new jack. This is his second LP – a followup to his hit “Tha Block is Hot.” As such Wayne is sitting in the catbird’s seat right now: the right clique, the right producer, and he’s got a string of cameo appearances both on and off Cash Money Records that have made his name really hot in rap. All that’s left for him is to strike while the iron is hot and capitalize on it.

Wayne is capable of being amusing now and then with punchlines like “Wheezy go to war, like Sadaam and Clinton disagree” on the lead single “Get Off the Corner.” Wayne can also occasionally strike a touching note emotionally as he does on “Everything”; a song that’s dedicated to his dad. Wayne certainly understands the cliches of gangsta rap too, as he spits lyrical bullets that would “knock Lennox out” on songs like “Realized.”

Once you already know Wayne’s voice from his past songs or cameos though, the novelty starts to wear off. I’m sorry to say it’s just not compelling. When his labelmate Juvenile says something simple like “Well I’ll be damned!” his chords jump up or down an octave in expressiveness to make it catch fire in your ear, but Wayne has a mostly monotone musical mark that he sticks to. He’s like a seagull skimming the surface for fish, only occasionally breaking below or above the waves.

There are rappers who make a monotone work well by the power of their lyrics (see Guru or Prodigy) but Wayne is no Elmore Leanord or Donald Goines. As I said before he does occasionally have clever punchlines: in “Tha Blues” he says, “Everybody freeze and drop when Lil Wheezy cop, and niggaz be like Q-Tip cause they +Breathe and Stop+.” Somehow it’s not HA HA HA laughing out loud funny though, like listening to Chino XL, Ras Kass, or Eyedea spit verbal fire. It’s not supposed to be either. Wayne is trying to be hard, not funny – and the whole problem is he is trying too hard to BE hard. I’m used to gangsta rap albums about selling coke smacking bitches and collecting money so it’s not the themes I object to here – it’s the uninspired way they are presented. Wayne adds nothing new to the genre. Here’s an example from “Beef”:

“Henny and ice is what I prefer but light on the rocks
I pack them clips tight on them glocks and light up your blocks
And if there’s, coke involved then your throat’s involved
I get the toaster and roll up and smoke most of y’all
Me and my nigga Super Sosa, run up in your crib
while your grandma watchin Oprah, jag her up and rope her”

The whole problem here is that Wayne seems to be coasting – happy with the status he has right now, and probably able to sell 500K records just off the strength of being a Cash Money Millionaire and having videos showing on BET and MTV. And there’s nothing terribly wrong with the music here; if you listen to it for the Mannie Fresh beats it can win on the strength. There are some really tight songs to bump in your car, like “Let’s Go” or “Act a Ass” or “Hit U Up” with the Hot Boys. Wayne just seems to be happy with spitting “thug thoughts” with no coherency though – there are very few fully developed themes, and a whole lot of shit-talking. What makes rappers like Scarface, Kool G. Rap and Juvenile so compelling is not only the way they deliver their lyrics but the stories they build into their raps – each line building up a mental image to a climax. Wayne is a youngbuck, so here’s hoping that he will work on his writing and try to do something more compelling than just looking hard – and that he will work on that delivery too.