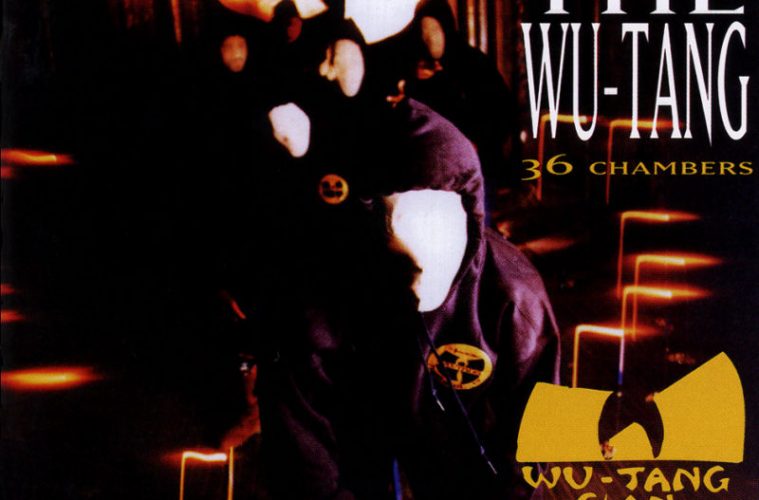 1993 was a magic year. Pharcyde had just come out with “Bizarre Ride II the Pharcyde” and Dr. Dre had blessed us with “The Chronic.” KRS-One put out his seminal classic “Return of the Boom Bap.” Even Run-D.M.C. seemed poised to recapture their glory on “Down With the King.” Then suddenly, the whole world of rap was stood on it’s head with a single, timeless, and ground-breaking album.

These days, the Wu-Tang Clan’s name is so well-known that even your grandpa probably rocks Wu-Wear boxer shorts, but back when their debut single “Protect Ya Neck” was released they were a cold splash of water straight to the face. Naysayers were instantly skeptical about their success and issued a long litany of complaints: the tracks aren’t well-mastered, it sounds like somebody’s demo tape, and who the fuck are these guys with the kung-fu movie samples? They missed the point, and to this day they’re probably still scratching their heads and wondering why the Clan blew up.

Founding Clan members Prince Rakeem (RZA) and the Genius (GZA) had both been down that road before. Both had been signed to a record label. Both had released their “slick and polished” rap songs and had seem them sink beneath the waves quicker than Pussy Bompensiero. They had to be wondering, “Why?” It could be argued they were ahead of their time, but even their very styles had changed by the time the Wu-Tang Clan came together. Listening to these pre-Wu songs leaves you with one impression: they had talent, but being forced to express it in cornball crossover cleaned up rap songs stifled their creativity.

By getting back to square one, they realized that the only way to go was to get dirty – to make the kind of raps that hit with their boys first, and let the audience get it later. They developed this theme by using the martial arts movies of their early youth for inspiration. To be sure, there is a pure “comedy” element to these films with their bad english translations and poorly overdubbed dialogue, but these films also featured gifted athletes performing spectacular feats of strength and dexterity. Thus they became the perfect breeding ground for Wu-Tang’s sound – seemingly flawed to an unperceptive eye but containing hidden depths of beauty which reveal themselves to the watchful and wise.

So dirty, they were clean. So rugged, they were beautiful. The Wu-Tang Clan may not have planned it that way, but that was the impact they had when they surprised the nation with “Enter the Wu-Tang: 36 Chambers.” The theme was so strong and powerful it immediately captured the imagination of hip-hop heads everywhere – a clan of lethal rapping warriors whose versatile styles could attack you from every angle. Some people had their favorites right away – the loquacious GZA, the drunken Ol’ Dirty Bastard, the charmingly gruff Method Man, and so on – but what made this album incredible was how they COMBINED together. It was the purest expression of gestalt – a sum whose whole was definitely greater than the total of the individual parts/rappers.

The album seems deceptively short by today’s standards at twelve tracks long, but the album clocks in at nearly an hour long and there is only one true “interlude” which wasn’t even seperated into it’s own track – it was just tacked on to the end of their soulful lament “Can it Be All So Simple.” From the album’s introduction onward the tone is strongly set: “Do you think your Wu-Tang sword can defeat me?” declares the sample, and the group responds with both a challenge and a threat: “Bring Da Ruckus.” The single eerie whine in the background is quickly surplanted by a dark and moody piano chords, all of which are held together by the snapping fingers. Even more powerful than this sonically haunting track is the pure venom displayed by the GZA when he says “My Wu-Tang slang is MAD FUCKIN DANGEROUS, and more deadly than the stroke of an axe.” Wow. If you’ve never heard these deadly poetics, peep these verbals on the third verse from Inspectah Deck:

“I rip it hardcore, like porno-flick bitches
I roll with groups of ghetto bastards with biscuits
Check it, my method on the microphone’s bangin
Wu-Tang slang’ll leave your headpiece hangin
Bust this, I’m kickin like Segall, Out for Justice
The roughness, yes, the rudeness, ruckus
Redrum, I verbally assault with the tongue
Murder one, my style shot ya knot like a stun-gun”

This was what heads all over were fiending for – a crew of brash rappers whose sword-sharp styles could slice up a track verbally. RZA provided the filthiest nastiest beats in the industry, and his fellow Clan members ate them up like beans and rice. Again and again the hits flow all over this album – the hilarious and raw “Shame on a Nigga” featuring Ol’ Dirty Bastard, the brutal genius of GZA’s solo “Clan in Da Front”, and the lethal all-star combination of “Wu-Tang: 7th Chamber” where each Clan member seems to be trying to outspit the others with pure hotness – although Method Man’s “I be that insane nigga from the psycho ward; I’m on the TRIGGAH, plus I got the Wu-Tang sword” verse may be the most memorable of all.

This album stands the test of time because the sound it created was so revolutionary, the imagery so vivid and powerful, and the lyricists were truly inspired by their first chance to shine in the world of rap. They attacked with everything they had, and in so doing released an album of phenomenal hits: “Da Mystery of Chessboxin'”, “Method Man”, and the all time hip-hop classics “C.R.E.A.M.” and “Protect Ya Neck.” They released an unprecedented number of singles and videos for one album, and every one was a box office smash. The album was so successful it garnered all of the individual members the freedom to record and release their own solo albums, and over the last decade we’ve been treated to gems by every member except Masta Killa (WHERE THE ALBUM AT ALREADY?).

The only thing one can say to present a fair amount of balance and bias to this review is that the track “Tearz” was just.. okay. It only suffers by not being as powerful as it’s contemporaries, even though it’s still a great song. The concluding “Wu-Tang: 7th Chamber – Part II” wasn’t really necessary either, but the new mix with the “mo’ dirty” bassline is still fun to hear. Listening to this album won’t just give you a sense of why the Wu-Tang Clan went on to achieve greatness; it will show you they WERE brilliant from the jump. The album started out slowly, but word of mouth and continuing radio play for the singles accelerated the sales until millions of copies were sold and the industry veterans who missed the boat wondered where they went wrong. Clean was out, dirty was in, and the Clan put their strong visual imagery and powerful lyrics right in your face. The pendulum swung back in the opposite direction a few years later with Puff Daddy, but the mark had been set and the rap world hasn’t been the same since.