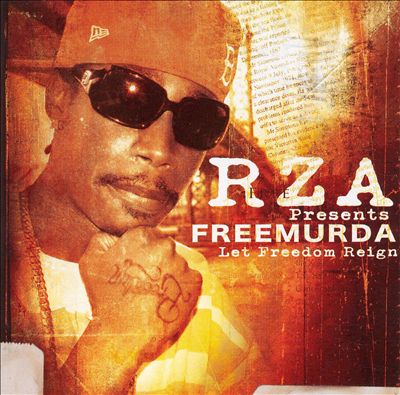 With an amazing sales drop off from 2005 to 2006 (over twenty percent), critics everywhere are pointing fingers at hip hop. Mostly, these critics are middle aged, middle to upper class people who are ignorant to the depth and variety of the hip hop scene. However, even some hip hop fans are beginning to get fed up with hip hop. To put it simply, both critics and fans are beginning to tire of records like “Let Freedom Reign.”

“Let Freedom Reign” is representative of every negative stereotype of rap present in the media today. Free Murda presents us with 17 tracks of empty boasting, covering all the tried and true bases from “I’m Bossed Up” to putting “Feet and Hands” on “you and your man, boy.” The aforementioned “Feet and Hands” is the perfect example:

“Won’t stop, I want that ice band on my wrist
That’ll get your bitch, and whore to dance on my dick
She doing ju-jitsu, plus my hand on them bricks
Know all my kicks new, got Japan on my shit
When I say don’t get danced on, I don’t mean a dance floor
We put Feet and Hands on (you and your man, boy)”

This isn’t to say that “Let Freedom Reign” is a horrible album. Free Murda, for all his short comings, can rhyme with the best. He generally stays on beat, so it is hard to judge him poorly from any one song. None of the production is bad at all; he even gets three beats from his cousin, the RZA. A few of the beats are pretty catchy, and he elevates his delivery with them, resulting in the album’s best song, “Take This Money.”

“Put the thing to your mouth you can’t riff
Can’t flip, try to get me canned like Manwich
You ain’t gotta leave, but you gotta get out of here like dandruff
Fuck around and get your head all bandaged
The fuck up, once I drive the truck up the ave
Buck up the cash, now you can’t move”

However, there is absolutely no reason to recommend this album for anybody. Free Murda’s rhymes aren’t possessed of any depth beyond the easy boasting about how hard he is and how he’ll take your bitch. There is no variety in his topics or cadence from song to song, giving the album no replay value. His lyrics aren’t exactly bad, but they’ve all been badly clichÃ© for years. Even when he battles himself on “Free vs. Murda,” his lyrics are comprised of played out threats, no where close to the self critiques of Canibus, Slick Rick, or Cassidy, who have all done it better.

The production doesn’t save the album either. While some of it is catchy, none of is it particularly hard or engaging, and is just as annoyingly generic as Free Murda is. Even the RZA’s productions fall flat, some of the worst he’s ever put on record. Like Murda, there is nothing to recommend about the production.

“Let Freedom Reign” is a boring album. Don’t let the “RZA Presents” tag fool you; this is possessed of none of the brilliance that usually comes from his direction. Ultimately, Free Murda is just another rapper who is too obsessed with how hard he is to make good music. Though it is mildly catchy, “Let Freedom Reign” is a failure as a rap album, offering the generic take on hip hop that has been told by much better rappers.