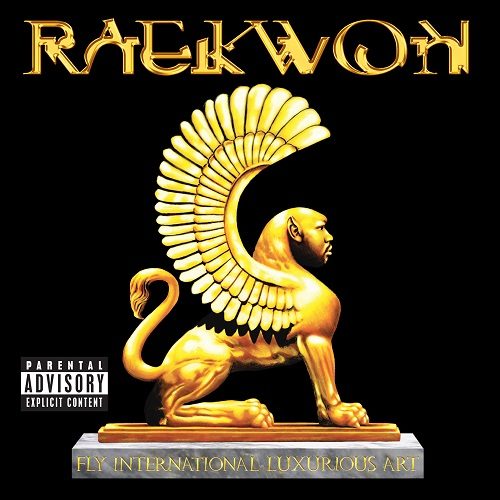 To use, perhaps not unreasonably, the language of business, rapper Raekwon has two strong brands to his name – “Only Built 4 Cuban Linx…” and the Wu-Tang Clan. The former is one in a relatively small selection of solo albums but a universally acknowledged highlight of so revered ’90s rap music. The latter is the collective he burst on the scene with in 1993, wherein he, particularly more recently, has assumed to role of guardian of tradition, acting as antagonist of the group’s musical director, the RZA. Raekwon solo projects have been more miss than hit since his famed debut, at least until he released something resembling a sequel in 2009. Meanwhile in the fold of the Clan, he’s nonetheless one of its most loyal and reliable members. As far as Wu-Tang solo careers go, however, only one is at its due status. The rest, including Raekwon’s, seem more like a work in progress.

That is to say that Raekwon himself is perhaps not the brand he could be. In fact, there does exist an esteemed brand involving his name, but it comes in combination with a second name – Ghostface Killah, the beacon that guided the Wu-Tang Clan brand through stormy times. But when you fit it all together, “Cuban Linx,” the Chef, the duo of Ghost & Rae, you have a career resume that is rivaled by only a few. And even if you deny him the highest honors, one thing you can’t deny is that the man is part of hip-hop’s historic fabric. Raekwon has, as a Clansman and as the author of “Only Built 4 Cuban Linx…,” become one of rap music’s defining artists.

His style is too original to be subsumed under any specific movement, but his major contribution to the artform in general is rooting the abstract ‘living large’ idea of 1980s rap in the hard concrete of the New York City streets. In that role he has to be mentioned in the same breath as Kool G Rap, The Notorious B.I.G. and Jay-Z. Raekwon is a master painter of opulently detailed tableaus that capture the atmosphere in the underworld’s upper echelons. He’s aware that in this world wealth and prestige go hand in hand with dangerous situations and shaky deals, and “Fly International Luxurious Art” considers both, albeit in an often haphazard manner, starting with the “Intro,” which humorously suggests Rae is the same whether off or on the mic, and the following R.A.G.U. moment (that’s Raekwon And Ghostface United) “4 in the Morning.”

As bulletproof as that combination is, it has always been Raekwon’s ambition to be a universal rap artist who can hang with anyone, particularly the picks of the bunch and the most popular ones. “F.I.L.A.” makes the point repeatedly with cameos from A$AP Rocky, French Montana, 2 Chainz, Rick Ross, Busta Rhymes and Snoop Dogg. Such a guest list inevitably recalls major label tactics of the past, and indeed all of these tracks have – valid – commercial ambitions. Rae’s guest verse on A$AP Mob’s “Underground Killas” was decidedly subterranean, but his one-on-one with A$AP Rocky, the nose-thumbing “I Got Money,” is a catchy little ditty in the mold of 2000’s mainstream rap. As Rocky’s performance is surprisingly conventional, French Montana too may catch you off guard, owning the rumbling and tumbling “Wall to Wall” with his infectious swagger. Like in the case of “Wall to Wall,” knee-jerk reactions are likely to prevent “F.I.L.A. World” from getting a fair chance, which is regrettable, because the track exudes the type of international flair Raekwon aims for and 2 Chainz is certainly a character who can relate, observing that while flying first class “usually the only blackman is me.”

“F.I.L.A. World” is also the second time (after “4 in the Morning”) producer Scram Jones manages to implant an Asian vibe, which is perhaps not totally inappropriate on a Wu-related release. It’s also rather inconceivable anybody could front on the Bluerocks production “Revory (Wraith),” a beat in best Wu tradition – dramatic, dense and soulful yet devoid of cliché instrumentation. Rozay, Ghost and Rae up the ante on their earlier “Molasses” collaboration and come out winning. Also totally in line is Scoop DeVille’s “1,2 1,2,” whose throwback Biz Markie/Isaac Hayes foundation is injected with some vintage crime soundtrack horns as the Doggfather joins the Chef on what might be the truest duet of the album.

There’s almost no end to the upscale soundscapes, from Frank G’s “Heated Nights” to S1 aka Symbolic One’s “Live to Die,” two solo joints replete with signature storylines and figures. Scram Jones may not sample Bob James for “Nautilus” and “4 in the Morning” remain his only successful stab at a vintage Wu sound, but his (however unnatural sounding) scratching has to be commended and adds further sharpness to the cold track. Overall “F.I.L.A.” is not on the cutting edge of hip-hop, and it doesn’t have to be. Raekwon is a classic rap artist, so it’s best he raps over music that has a timeless appeal. Yes, the 2013 single “All About You” (featuring Estelle) catches Rae at a point when his “My Beautiful Dark Twisted Fantasy” and “Cruel Summer” guest spots may have led him to flirt with greater exposure, but it still has a place on the much delayed album. Only the other 2013 single, “Soundboy Kill It,” also produced by former Refugee Camp sound architect Jerry ‘Wonda’ Duplessis, is a complete fail from the weak “All About the Benjamins” jack to Melanie Fiona’s forced performance.

Raekwon’s act is not an easy one to pull off. Everybody knows he’s not in the same tax bracket with the genre’s top earners. Still he tries to mingle with the stars, figuratively, tangentially (enlisting Eminem collaborators Matt Burnett and Liz Rodrigues to conclude the album), and sometimes even literally. Those thinking that all of this is unnecessary have a point. For anyone not having known it all along, 2015 the time has come to realize that Raekwon is Raekwon, Purple Tape or not, RZA or not, GFK or not. And that’s as good as saying that the brand Raekwon has been established for good. “F.I.L.A.” may not possess the epic dimensions of “Only Built 4 Cuban Linx…” 1 and 2 and lack the incentive and inspiration even great rappers need to make great albums, but it’s an impressive compendium of what Shallah Raekwon is capable of.