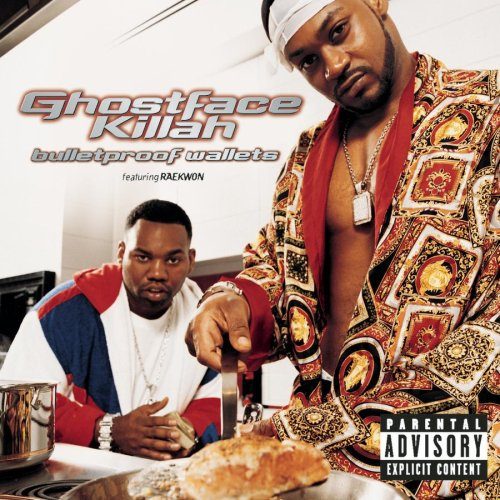 EDITOR’S NOTE: See the end of the review for an attempt at an actual tracklisting.

Fucked up STUPID mistakes on albums piss me off. When you’re on a billion dollar record label, with a multi-million dollar contract, and million dollar budgets for music videos, what possible reason is there for having a screwed up, incorrect, and confusing ass list of songs on the back cover of your album that doesn’t even correspond to what’s on it? Def Jam used to be the worst offender (they released some infamously wrong albums for EPMD and Onyx) but Epic Records has become the new errors champion. They did this the last time around on “Supreme Clientele” and I thought by now they’d have their act together, but lo and behold they done did it again.

There’s no possible excuse the label could offer me why they fucked up the order of these songs so badly. For example, “Never Be the Same Again” is listed as #2 but is actually #4 on the album. I don’t even know where the hell “The Sun” featuring RZA, Raekwon and Slick Rick is – it’s listed as #1 but that’s the “Intro” to the album. #11 seems to be “Walking Through the Darkness” featuring Tekitha, even though it’s listed as #9. WHAT KIND OF DRUGS WERE THE PEOPLE WHO PREPARED THE ALBUM FOR RETAIL RELEASE SMOKING?!

There’s a lot of good music here, even though half of the time you’ll be left scratching your head at what is what. “Love Session” (#15) with Rufff Endz has a VERY FAMILIAR beat you won’t be mad at; and with minor edits to Ghost’s rap this would be playable on quiet storm. “Flowers” (#3) is a RZA mix with a backdrop which sounds like “Peter Piper” by Run-D.M.C. with a light bubbling groove that all the MC’s involved spit on nicely. “Ghost Showers” (#7) might remind some people of the last album’s “CherChez LaGhost” due to the sung hook and melodic rhythm, but producer Chris Liggio gives it some extra hip-hop funk to keep things all lovely. “Theodore” (#6) features guest rappers Trife and Wiz spitting over a collection of tinkling and spacey keys by Allah Mathematics and Ghostface Killah stepping in to provide the hook. The chemistry between Raekwon the Chef and Ghost is a classic element on any of their respective releases, and “The Hilton” (#13) doesn’t dissapoint in this regard, including the excellent beat by Carlos Brody.

The strength of Ghostface’s personality and story-telling ability carry this album through to the finish. Some fans though may wish for more hardcore hip-hop like the RZA’s brutal “Maxine” (#2) or the insanity of “The Forest” (#9), a rambling Ghostface track which mixes up fairy tales with “animated actors that become your toys” over an Alchemist beat with a killer bassline and flute sample. Even so, the songs with a crossover edge don’t lack musically or lyrically in any area and are certainly more radio worthy than most of what passes for urban contemporary. While I’m giving a full point deduction to the overall score for screwing up the tracklisting so bad and apparently removing a song with Slick Rick at the last minute, “Bulletproof Wallets” won’t fail the people who expected a quality Ghostface album to keep the Wu-Tang’s rep healthy.