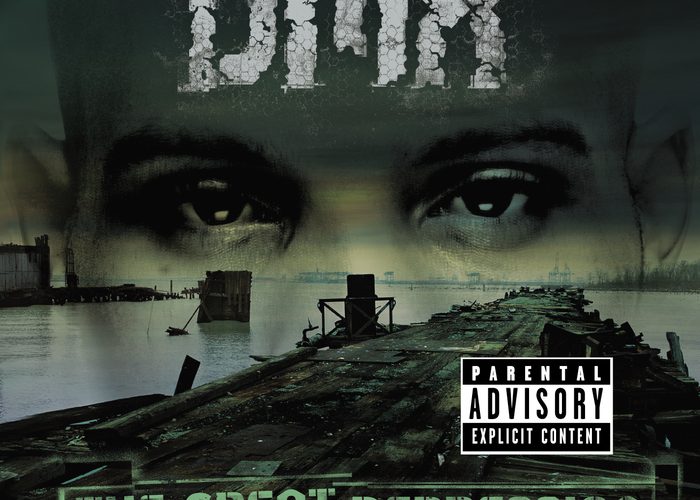 DMX is one moody cat; err dog. You get a sense of his psyche simply from reading the titles of his past hit albums: “It’s Dark and Hell is Hot”, “Flesh of My Flesh, Blood of My Blood” and so on. Even the record label imprint DMX owns carries the gruesome name of Bloodline. Can this man escape his dreams and demons? There’s only one way for DMX to rise up from the depths in his own mind, and that’s to share his pain with us through rap. We are the psychiatrist, sitting patiently next to his couch, saying, “Go on Earl. Tell me more about your grief. I’m here to listen.”

Appropriately enough, DMX treats us to a spoken word introduction called “Sometimes” which conjures up a therapy session in progress. “Sometimes I look at what I’ve become and cry/Sometimes I get on that BULLSHIT and be ready to die!” But despite the rain of the pain, DMX is still surviving, and he’s got sixteen more tracks of anguish to share with us. The first full song is “School Street,” a grimy banger produced by Dame Grease (he of “Live on Lenox” fame). This track is not a musical or lyrical revelation – it’s more of an extended shoutout to all his homies and friends he grew up with or misses because they passed on.

The following track “Who We Be” is the second single off the album, and succeeds because of it’s very simplicity. Melvin Armstead’s simple, repetitive, and bass heavy beat steps in twos from bar to bar, which DMX fills with what sounds eeriely like a narrative of his own struggles:

“The lawyers, the pardon, they are, of the puzzle
The release, the warning — try not to get in trouble
The snitches, the eyes, probation, parole
The new charge, the bail, the warrant, the hole
The cell, the bus, the ride, oh God
The greens, the boots, the yard, you caught
The fightin, the stabbin, the pullin, the grabbin
The riot squad with the captain, nobody knows what happened.”

The next track by Dame Grease “Trina Moe” is actually a little too ambitious for Earl’s style. The only Ruff Ryder to successfully work with Carribean influences is Eve on “Got it All” and DMX is just a little too hardcore to blend with this beat. He’s much better suited to the dark chords and banging bassline of Black Key’s “We Right Here” – a song with so perfectly epitomizes the darkness of D it was a natural choice for the lead single from this album.

The disturbing thing by the time you reach “Bloodline Anthem” is that you’ve gone through six tracks without hearing a single joint by Swizz Beatz. Perhaps D suspected his fans would appreciate a step away from the Swizz style, to showcase greater musical diversity in his tracks – but the problem is that whether you like Swizz or not his tracks are perfectly married to D’s gruff voice and grimy flow. No matter how much the other producers shine, it just doesn’t sound right to hear this much DMX without the signature touch of Swizz. In fact you don’t hear a single Swizz production all the way until track 15, and then unfortunately it’s the underwhelming track “You Could Be Blind.” The only chance for salvation is the final track “A Minute For Your Son” and the minimal beat Swizz provides is a perfect compliment to D’s tribute to God, but by that point it’s really too little too late.

There is some good material throughout the album even without the classic DMX sound, but it still seems odd. Just Blaze provides D with a hot shot on “I’ma Bang”, and P. Killer Trackz does a good job on “Number 11.” On the latter DMX is cocksure that he is the chosen New York representative: “Everything from ‘Get At Me Dog’ to ‘What’s My Name?’ X got a rep, niggaz trust my name. Ain’t never been a nigga to discuss my fame – fuck my fame, nigga what’s my name?” For some reason though, the declarations of street toughness ring a little hollow this time. While DMX can rock everything from a prayer to a declaration to bark like a dog, and even inspire the listeners by offering genuinely touching introspective songs like “Fallin’,” he won’t win over listeners with a monotonous and literally ANAL chorus like “So don’t walk too fast or talk too much, cause y’all niggaz is ass and you know whassup.” Do we? Tell us D, we here, and we’re still listening – but not for much longer. Therapy sessions are only for an hour, and your time is just about up.

For a rapper who built a reputation on his hardcore beats, his raw energetic flow, and for being able to rise above cliched tales of hood life, the sad truth about this album is that itIS depressing. He’s told these tales before, and better, and with much better music. Ill conceived radio fodder like the crossover sound of “When I’m Nothing” with Stephanie Mills and “I Miss You” with Faith Evans will not impress the hardrocks who wear X t-shirts and worship him as rap’s dirtiest dog. From the opening and the closing of this album both it’s obvious that DMX has something to say, but like a cheap dimestore novel he fills the chapters in between with the same ol’ same ol’ you’ve read before. After the good work that he achieved on “… And Then There Was X” this album is not only a step in the wrong direction, it’s a step backwards.