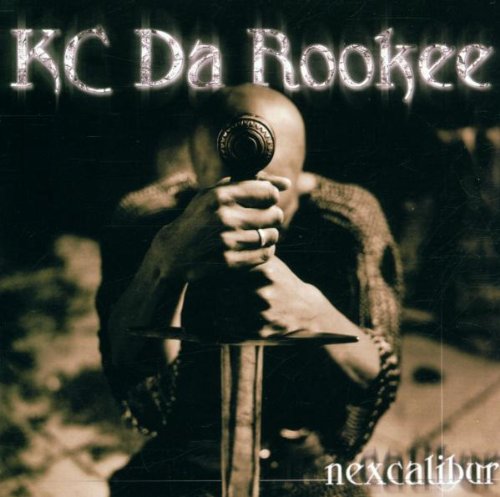 RapReviews.com – the dotcom implies that we’re reviewing US rap records here. When the growing internet was divided into several top-level domains, the .com was created for commercial internet institutions. As we all know, there’s many a personal homepage under the dotcom domain without any commercial background to it. For the reason that the internet went mainstream in the USA first and all other countries adopted their own local domains, the dotcom has largely remained an American domain. Of course it’s up to the respective countries and regions to have their own websites where they review their own rap albums – and they do – but often when I visit these sites, at least 50% of the albums reviewed are American. Depending on your point of view that’s a lot or not that much. I’m not calling for RapReviews.comto become the UN for rap reviews. But if you’re interested in the international aspect of hip-hop it might not hurt to hear what some rappers of the English tongue living outside of the US have to say.

Thus enters Nottingham native KC Da Rookee. Until recently UK MC’s have had a hard time getting heard in their own country. That would explain why a young British rapper would do like the Beatles once did and hop over to Hamburg, Germany, to get his career in gear. He’s been signed to the Showdown label for a few years now and “Nexcalibur” is his second offering after his 1999 debut “Rookeestizza”. But there’s always more to hip-hop than just the business side of things. Rappers need to feel at home. Home to a degree where Houston’s DJ Premier and Boston’s Guru can meet up in New York and become thorough Brooklyn borough representatives. KC Da Rookee hasn’t gone +that+ far yet as me mainly represents himself. But having originally hooked up in Berlin with dancehall artist Mystic Dan during his army days, he’s made Germany’s old and new capital his home, becoming part of the Kinzmen Clikk conglomerate. Tying loose ends and knitting a tight network has always been in hip-hop’s agenda. That’s why you’ll find KC not only rapping over beats by Croatian producers Koolade and Baby Dooks, but also rapping with Sean Price from Heltah Skeltah, female underground representative Apani, and three of Germany’s finest MC’s, Afrob, Samy Deluxe and D-Flame. But KC doesn’t relinquish his album to guest rappers. Unfortunately the long time he spends on the mic is also the downside of this project. With a monotone flow, one single rhyme style and unimaginative lyrics my patience is sorely tired. The only bright spot in his vocal performance is his Carribean/British accent. Consequently, pretty much the first half of this album is easily forgettable. Some of the beats are plain wack (“Bless”), others have way too much DJ Premier in them (“Stop Da Press”), others are wasted by uninspired performances (“Hot Souls”). As far as the lyrical content goes, I’m appalled by the frequent use of the n-word (how about some originality, ESPECIALLY in that department?) and annoyed by weak analogies. KC seems to be capable of nothing more than basic bragging. If he comes up with concepts, he miserably fails to execute them (“Nexcalibur”, “Chain Lettaz”, “Hot Souls”). Given the album’s title and artwork, the average French rapper would have made much more out of this. But that’s how it is right now. On a whole rappers in English-speaking countries seem not to be ready to explore rap’s possibilities beyond the average self-centered emceeing. And even in that department there’s not much happening here.

But then surprisingly things begin to pick up. Koolade’s short but sweet “You Asleep” serves as a great introduction to “Wake Up”, where DJ Desue lets a flock of birds chirp throughout the track. Very nice idea. And finally KC gets his lyrical act together. From here on he is on the right track. In “Four Fists” he delivers the knockout blow after his German brethrens prepared the ground. “Watch Dis” finds producer Baby Dooks programming a track that can hang with the best of today. “Somethin’ Different” is just that. It’s been done before, but Koolade adds his own twist to the guitar/percussion-driven hip-hop cut format. The male singer doesn’t hurt either. And if the track is right, KC can go the length.

Continuing the theme, KC takes it a step further with – “Further”, by directly addressing the listener. And then follows it up with another step in the right direction, “Betta Dayz”, where for the first time he talks about his personal background. “Emcee” has him explaining his choice of career, disclosing the real reason with the ode to hip-hop, “Can’t Fight The Feelin'”. No matter how far you’re away from the original birthplace of hip-hop, you can’t fight this feeling, Apani B is about to find out as she embarks on some “Rhyme Excursions” with Da Rook, before “Hold Ya Head” bids farewell.

That’s how “Nexcalibur” presented itself to me: a bad first half, a much better second. So, what’s the deal with this KC Da Rookee? Is he just good enough for Germany and not good enough for England? Well, one thing’s for sure: he won’t be conquering the American continent anytime soon. Because that is not his aim. He has already found a new home, and he might present his ‘nexcalibur’ in his old home, so if anything, this album serves as a testimony to the vitality of hip-hop as a culture in Europe where a man can feel at home wherever he sports his baseball hat. If you’re interested, you can order the album at HeavySoul.com.