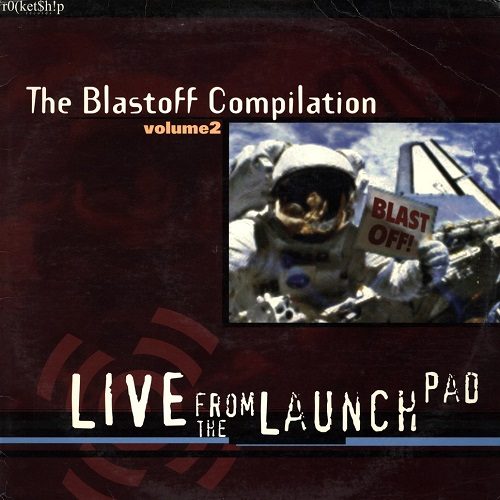 Maybe it’s just me, but it seems within mainstream hip hop, MC’s are trying to outshine the producers, and vice versa. It is very rare when they both unite for an extremely tight track, but when it does it shines bright. You can find this kind of unity on this album subtitled “Live From the Launch Pad.” Pharoah MC offers up “Depression” with a D Minor-produced track, and together they get clever in their own unique way. Musically you have a rock drum track over a violin and guitar riff that sounds like a folk artist heaven. Lyrically, Pharaoh MC talks about being depressed and trying to look for the bright light at the end of the tunnel.

One of the more polished tracks is Emanon’s “Good Measure”, which has a groove similar to the jazzy hip hop of 1991-1994. Where Pharoah MC talks about looking for the light, Emanon explores the light by reminscing about the darkness that is his past (“life is too easy to be complicating things/and when people don’t appease me, I just snap on my wings/and float, “Float On” into the wind/like a cloud in a whirlwind returning again/success is calculated by the way that I made it/not the where I made it to, hope it’s the same for you/but really it’s however you see it and however it makes you feel inside”). What I like most about Emanon in this track is his flow, and his creative writing style. He realizes you don’t have to end every sentence with a rhyme, sometimes you can play with the words within a line. But he plays with the words, and that will make him someone to watch closely.

With a group calling themselves Mic.Edu, one might think “oh no, not another internet rapper”. Upon a first listen of “Surrogate Role Model”, none of these guys sound like chat room MC’s, although their need to keep the listener on the edge with each lazy line and beat might bring some comparisons to Company Flow. What caught me offguard was the rapper who spoke in Japanese, I may not understand what he’s saying but I can feel the power of his intent. Because of this, it easily becomes my favorite song on this album.

There are some other gems on this, including Mykill Miers’ “Crash And Burn” and The Activists’ “Where’s The Scale?”. If you’re someone who doesn’t mind taking a risk on new and unknown artists, this is the perfect album to look for. Even with the artists that didn’t make an impact on me, I did hear potential.

A compilation featuring primarily new artists can be a hit and miss affair, the good songs may stand out but the bad tracks will usually turn a half decent record into something to avoid. While “The Blastoff Compilation Volume 2” isn’t perfect, you’ll definitely find more good tracks than bad.