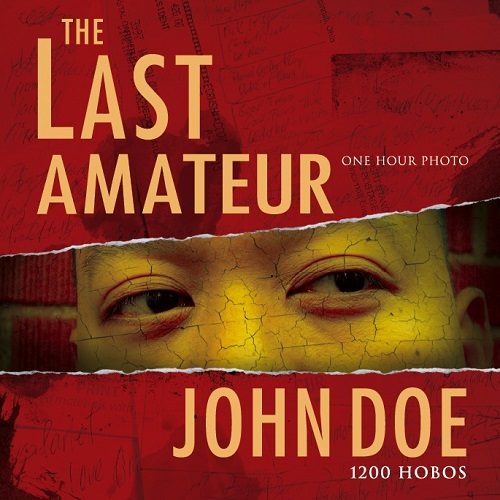 Sharing the same stomping grounds with turntablists Mr. Dibbs and DJ Skip, John Doe has come a long way in order to master his mixing talents and skills. As one of Cincinnati’s most renowned turntablists with his involvement in the collective 1200 Hobos, John Doe has grown to be recognized for. Crossing the threshold into turntablism battles including the DMC regionals and Technics Dance Mix Championships in the late â€˜90s, he has now honed in on his skills in mixtapes and sampling as he puts battling aside. His expertise and knowledge in hip hop is clearly exemplified in his previous solo mixtape “Popular Fallacies” in which he becomes a turntablist/composer, if you will, sorting and arranging a diverse sample of hip hop’s best in order to accommodate a vast musical palate. His newest endeavor, “The Last Amateur (One Hour Photo),” is a one hour mixtape that unleashes John Doe’s commitment to his turntable talents.

In a signature John Doe fashion, this turntablist makes things a little bit more interesting with the movie/literature influence and theme throughout “The Last Amateur.” John Doe revisits this idea from his previous work in “Popular Fallacies” with tracks named after movies such as “Look Who’s Talking,” Analyze This,” and “A Beautiful Mind” to name a few. Even before the actual music begins, one can see the ongoing theme from the John Doe reproduction of the cover for the popular book “The Davinci Code” that is reflected from the album cover art and for those of you who are familiar with the book, it’s not Mona Lisa’s eyes looking back at you, but instead, John Doe’s. As the theme continues, the track “Bullseye!” makes reference to the 1991 hit about a pair of diamond thieves and throughout the track samples a multitude of past songs. With lyrics about targets, bullseye, and time he features tracks such as Steve Miller’s original “Fly Like an Eagle.”

It’s not about dog shows in the track “Best in Show” which shows off John Doe’s talents in being able to include songs from every genre of music you can think of including Cypress Hill’s “How I Could Just Kill a Man,” to Sade’s “Paradise,” to a slowed down version of the 60’s song “Goin’ Out of My Head” from Little Anthony & The Imperials.

A sampled “Born to Roll” from Masta Ace begins the set for “Flip the Script” which shares the same name as the popular Gangstarr track also included while one of my all-time favorite hip hop classics, Showbiz & A.G.’s “Soul Clap” is featured in “Intellectual Property.” John Doe moves on to “Executive Decision” which features the original 1972 classic “Think (About It)” by Lyn Collins smoothly mixed into Rob Base & DJ EZ Rock’s “It Takes Two.”

John Doe’s “Popular” recognizes a stellar lineup of artists as he samples tracks from Notorious B.I.G.’s “Going Back to Cali” and highlights the ever so popular booty club lyrics of Fatman Scoop’s “Be Faithful” remix as he says:

Going back to what he knows best, John Doe always seems to include a plethora of Gangstarr tracks into his mixes with “Step Into the Arena” from his previous album and now continuing the tradition with yet another track from the legendary artist with  “Take it Personal.” As the set ends with an oldie, but goodie of “Flashlight” from Parliament John Doe eases into his signature funk infused sound and style with “The Perfect Storm.” John Doe manages to incorporate a wide array of music sure to satisfy any hip hop fanatic’s hunger as the set incorporates Diamond & The Psychotic Neurotics’ “Check One, Two,” LL Cool J’s “Mama Said Knock You Out,” and Eazy E’s “Real Mothafuckin’ G’s.”

He renders his audience speechless by bringing it back the old school with hits from House of Pain’s “Jump Around” and Digital Underground’s “Humpty Dance” in the set “Popular.” John Doe’s album, “The Last Amateur,” ends with his “Two Minute Warning” set with a mix of accomplished tracks such as “Quiet Storm” from Mobb Deep.

Few know the 360° of hip hop like John Doe of 1200 Hobos. As his knowledge and expertise in both song selection and turntablism surpasses many people in the business, he still maintains his anonymity and humbleness to the masses. His amplified levels of organization and fluidity from set to set are paramount as you are yearning to hear more after the sixty minutes are over. With ease, John Doe has the ability to draw his audience in with the touch of his fingertips as he helps us reminisce and celebrate “that one song” we all thought we once forgot. John Doe, the original composer of turntables, challenges us to recollect and reflect on the hip hop we once knew as we continue to celebrate the music.