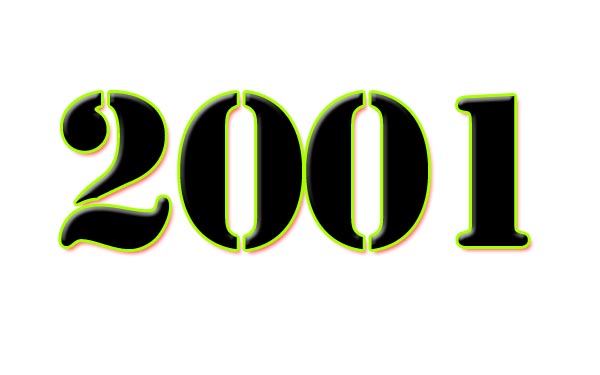 Since the RapReviews.com “Year 2001 in Review” was posted on December 28th, we’ve received a lot of questions about how the list was compiled and why certain albums received the rating they did — or in some cases not on the list at all. I can’t account for every single album reviewed on the site but in the case of Jay-Z vs. Nas I did write both reviews and can easily clear up any confusion about the list. Jay-Z’s release date for “The Blueprint” was September 11th – a date few of us who live in the United States will EVER be able to forget. While attempting to move on in the face of such tragedy was a healthy exercise for me as a writer, the insignificance of new albums actually caused me to give Jay-Z a much lower score than such a quality album deserved. I have a website policy of not rewriting album scores, even when I think contributors rate an album too high or a lot of readers find themselves disagreeing with the score. Nevertheless, I felt Jay-Z’s album as a whole had a LITTLE less weak material than the Nas album – so in this case the true scores for both albums are at least equivalent but Jay-Z would still nudge out Nas for the top spot just the same. As for other questions about the Top 15 list, you’ll find that we have revised the list slightly, and as such this page now has a “Top 5 Runners Up” for best of the year list as follows:

This may be the best album that 99% of people never heard of in 2001. It’s hard for a compilation album of already released material to make a list like this (which is why OutKast didn’t get in) but this package was so well presented and stocked with bonuses that it was undeniable. If you never checked out any of the SoleSides artists like Lyrics Born, Gift of Gab and DJ Shadow, this superlative double disc is your late pass for some of the most imaginative rhymers and beatmakers in hip-hop.

Though it once seemed that their career was resigned to releasing marginally acceptable albums and endlessly touring off the strengths of their hit singles, Cypress Hill proved that after eight full length albums they can STILL rip the roof off the mother with a CD just as well as they do in concert. “Lowrider” is already making waves on the carts even in the cold winter months, and the other songs on the album will warm up more than the ends of the numerous spliffs they still proudly light and smoke.

Were it not for the vocal detractors who simply can’t stand the voice of Evidence, this album would probably chart much higher on the list. Personally, your editor thinks he has a unique and funky vocal tone that sets him apart from the pack – but then again I get in constant arguments with people that Guru is a great MC too. Even if you can’t dig Ev, Rakaa Iriscience rips tracks to shreds and is given good material to rip by the likes of Babu and Premier. Clearly this album is everything “The Platform” was, squared.

It’s strange to see how the standard-bearer of the Wu-Tang Clan imprint has moved slowly over time to Ghostface. While GZA and Inspectah Deck are often voted the Clan’s best MC’s, and Method Man and RZA are the most visible members of the group, Ghostface is the one whose solo albums consistantly sell the best. If it weren’t for the screw-ups, mistakes, and left-off album tracks of this LP, Ghostface could have been in 2001’s top ten. Even so, this is still a high quality album.

What happens when you put the collective soul power of Goodie Mob, OutKast, Cool Breeze, WitchDoctor and Slimm Cutta Calhoun together with a whole slew of funkdafied miscellaneous personnel – THEN put them together with the production values of Organized Noise and ET3? Pure uncut dope. Bubbling up from the pot, and just as sticky and hot, this wicked mixture will leave you higher than any raw you can sniff or inject. The review says it best: “Dungeon Family jam, jam on.”

It was actually quite a shock to see hip-hop’s most beloved Clan drop two albums in two successive years running, but there’s no reason to fear this watered down the quality of their output. In fact, charting four positions higher than last year’s “The W” shows that a newly re-energized Wu-Tang learned from their mistakes and improved on their strengths in ways not seen since the pioneering days of “Only Built 4 Cuban Linx.” The lead single “Uzi (Pinky Ring)” makes the definitive statement about their return: “You dudes is wack, face it, the Wu is back.”

A comically plastic face and spastic vocal delivery – if you like movies I’m talking about Jim Carrey, but if you like dope Southern rap music I’m talking about Luda. He’s got more than just hoes in different “Area Codes” on this CD, he’s got jokes aplenty and the beats of songs like “Growing Pains” and “Rollout (My Business)” to back them up. While some perceive this album merely as a sequel to the excellent “Back For the First Time” debut, it’s also a sophomore release that improves on it in many ways. Clearly, no slump here.

If you’re wondering why this late in the year entry charted so high, blame it on the strength of Timbaland’s beats. Sure, he produced a dozen or so chart bangers for every MC known to man this year (and a few who weren’t) but the man managed to even one-up himself with tracks like the soulful “People Like Myself”, the anthemic club hit “Drop”, the humerous “Considerate Brotha” or the truly bizarre and funky “Indian Carpet.” A few of his crazy ideas are duds, but with genius like Timbaland’s success only comes at the expense of failure; a lesson even the much improved rapper Magoo seems to have learned well.

Count on the Hieroglyphics to catch the nation unaware when our collective third eyes are turned blind. After years of dope cameo appearances and sporadic singles, nobody expected Pep Love to come out of the woodwork with a fresh solo album. The only bad thing any hip-hop or rap fan could possibly say about this release is, “Why didn’t he do it sooner?” With fresh Hiero beats and words that are both outro and introspective, the most slept on member of the Hiero crew proved two axioms true: great things come in small packages, and expect the unexpected.

It’s a well known and sad curse that rap albums which are experimental or conceptual in nature tend to fail commercially. Still, when the grimiest rapper in hip-hop took a break from holding up Def Jam employees at gunpoint to create an autobiography, heads sat up and took notice. Besides having great songs which can be enjoyed on their own merits, the structure of the track order and accompanying skits forms a complete story which is as tragic as a Mario Puzo novel or as cinematic as a Francis Ford Coppola film based on the same book. Far from being black trash, this album was in fact white gold — maybe someday sales figures will reflect it’s true accomplishments.

The album’s title makes a bold yet simple statement – it is hip-hop. More than the pretentious egotistical claptrap of KRS-One, or the shiny suits of P. Diddy, or the screaming and yelling of Fred Durst. Through the complex yet completely accessible beats and rhymes of producer J. Rawls and rapper J. Sands, the fabulous J brothers create a sonic earthquake that leaves mere mortals in their dust. Perhaps these words about the album’s bonus tracks sum up the album best: “each of these extras is not really extra at all but just another helping of mashed potatoes and biscuits to fill that hunger for dope hip-hop.”

Most people think of her as “that woman who reads poetry at the end of albums by The Roots.” She is, but she’s also a “Supa Sista” too who has a lot of profound things to say in her OWN right. Given the spotlight and the chance to shine, she proves that she never needed a helping hand in the first place. Take John Book’s word for it: “How she says the words, her delivery, and the words themselves, how they come out one by one as if this was her master plan, is what makes people keep coming back for more.”

Considering that this album was only released on December 18th, charting this high on the list is pretty dramatic. Nevertheless, “Stillmatic” is easily not only one of the year’s best, but the best CD that Nas has released in over five years. A few alternate versions of the CD that have been bootlegged online and on the streets suggest that with wiser choices by Columbia Records, it might have been pushed up even HIGHER on this list. Taken for what it is though, it’s not only Nas’ biggest return to his “Nasty” rapping days (including a vicious Jay-Z diss) but proof that he still deserves his honorary title as Rakim’s true heir.

The loquacious Ace has long been a proponent of what Big Rube once described as “being an OutKast.” Within the circles of the so-called knowledgable on rap, Ace is credited as being a pioneering hip-hop artist whose catalogue extends back a decade and often cited for his LP “Slaughtahouse” as a hip-hop masterpiece. Critical acclaim has failed to yield the kind of sales to a rapper who even made such trendy boom bash songs as “Born to Roll.” This album may ironically be his next greatest masterpiece and go down as the least well selling. With this album Ace digs even further into his own mind and through a series of ironic skits ponders why indeed most rap music today has become so “disposable.” By and large it may be, but if you’re lucky or smart enough to purchase this album you’ll find it’s worthy of being considered an exception to the rule.

Osama Bin Laden may be able to knock down tall buildings in New York and cackle gleefully at the “poor infidels”, but with both ironic and fortuitous timing Shawn Carter gave us ‘The Blueprint’ to rebuild. September 11th, 2001 may be the one release date I never forget in my entire lifetime, but Jay-Z gives us all at least ONE good thing we can attribute to that fateful day. The review itself reflects a lot of my emotion and sorrow, and is haunted by images of smoldering rubble – but in this darkness still shines bright the words of Hova: “No lie, just know I chose my own fate/I drove by the fork in the road and went straight.” Hope, like new Jay-Z albums each year, springs eternal.