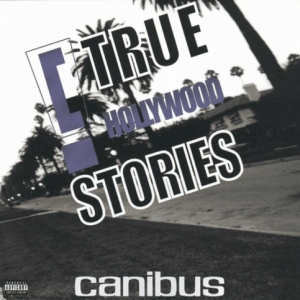 The name Canibus should already be familiar to hip-hop fans worldwide. Indeed, this very artist has already been interviewed on this website. In his career he’s made a plethora of cameo appearances which earned him a reputation as a fierce lyricist, from the Lost Boyz to Wyclef Jean to an infamous duet with LL Cool J which ultimately resulted in a blood feud between them culminating with the hip-hop classic “Second Round K.O.” featuring Mike Tyson.

Four years and two albums later, Canibus faced a career that was stalled on a steep incline and picking up speed as it sled backwards. Although his last album “2000 B.C.” was well respected among underground rap fans, he and Universal Records agreed to a parting of ways after poor record sales. He kept his domain name though and cleverly used Canibus.com to feature new unreleased singles on an MP3.com homepage. With the free publicity and a legion of fans on and offline still supporting him, the time was ripe for Canibus to sign a distribution deal with a new label and put out a brand new album – “‘C’ True Hollywood Stories.”

The problem with this new album though is that it actually makes the free songs on MP3.com sound like gems by comparison. Conceptually the album had a chance – the idea of structuring an album around the same format as the infamous E! Television network show is intriguing. Unfortunately, Canibus uses this format to present himself as “Stan”, the infamous character from the Eminem song of the same name who drowned himself after obsession with his favorite MC turned to uncontrollable rage. Apparently Stan didn’t drown, because he’s back to haunt Eminem some more on “U Didn’t Care.” Everything about this song is wrong: a pathetic chorus, a mediocre beat, and hearing a normally ill rapper trying to vocally imitate a white man who was trying to imitate a disturbed white fan – the result is terrible. The story picks up with Canibus rescuing Stan from the river and taking him to the hospital to recover, and afterwards apparently joining Canibus’ crew as an ill rapper, “overseas with him gettin’ cheese with him” and “introducing me to people as his lyrical equal.” He’s not though.

Well, actually, that’s not quite true. Canibus as Canibus is nowhere near as good as Canibus used to be – so if “Stan” is a wack white MC than maybe they’re more equivalent than appearances first indicate. There are hints of the artist he used to be hidden throughout, but they are unfortunately few and far between. He shows a few of those gems on “The Rip Off” though:

“Yo, my brain races to create these lyrical mosaics like paintings
To me, record store and art galleries are merely the same thing
I feel like I’m Rembrandt, and my man Van Gogh is amazin
Canibus is not some average rap patron, have some patience
I went through changes, not bein with the majors and all”

Yes, Canibus went through some changes, and they’re not all good. Rhyming over video game style loops is popular in hip-hop these days, but why would Canibus pick such a wack one to use on “Hate U 2”? What’s even more incredibly sad is that Canibus seems to think that the song proves he’s hot: “This record is proof that I’ve made it/ cause you’re listening to it right now and it’s on a independent label.” At times in the past, delusional grandeur served him well with lines like “Canibus is lyrical equivalent of German engineering” but when you listen to this track you’ll be thinking more along the lines of an Edsel or a Citroen BX.

Irony abounds throughout this album. Listening to the triple-cadence rhymes of Canibus and some nasal-voiced chipmunk twat on “Stop Smokin” makes you wish they’d ALL lay off the crack pipe. When you skip past this track to reach “Lemme Hear Sumthin Else” you’ll probably be laughing your ass off realizing the bizarre humor of Canibus as a pathetic MC reached even loonier heights. Some people have actually suggested that this album was meant to be a parody of today’s played out hip-hop concepts and cliches, and as such the stupider Canibus’ album gets the more BRILLIANT it is in reverse. The problem is that the one or two decent songs on the album blow the theory to smithereens. “R U Lyrically Fit” features a really nice symphonic loop, and the kind of raw hungry rhyming by ‘Bis that made him an underground rap favorite. “Box Cutter (Blade Runner)” starts out nicely with a series of sound effects that put him on the run from a music industry out to eat him alive, and the tension level in the track as he rips as quick as he can will actually give you chills.

Ultimately the tragedy of “‘C’ True Hollywood Stories” is that it’s more like the show Canibus named it after than he ever intended. Many of their “true stories” feature Hollywood actors whose charm and brilliance gave them everything they ever wanted, which they foolishly squandered in a downward spiral of self-destruction. Canibus sounds like their musical equivalent – showing flashes of the greatness that made him famous but drowning in a rive of bad ideas poorly executed over lackluster beats. The few who bought this LP will conclude that the truest story told herein is of a rapper who could’ve been as great as Muhammad Ali and instead will become a footnote in hip-hop history. I still believe Canibus is a great rapper, but if he continues on this path there won’t be anything left to write about OR make into a television special.