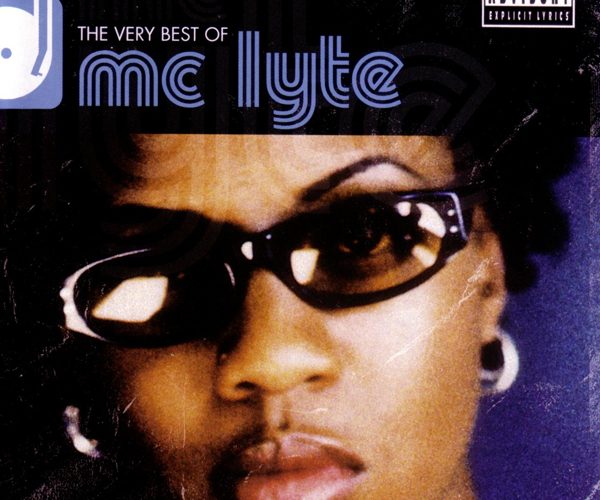 Younger, new-school hip-hop heads might immediately think of ’99s scorching cameo by the Notorious K.I.M. What you need to do is get your mind right and start thinking about ’88, when Brooklynite MC Lyte was starting and finishing shit with her debut cut, “10% Dis.” She rocked the mic when there were no Lil’s, Foxy’s and Missy’s. Most of her competition couldn’t really fuck with her: Salt-n-Pepa were slowly going mainstream, Latifah didn’t really get hers until later, and Antionette, Lyte’s adversary if there ever was one, never really blew up. Lyte represented the real hip-hop, as one of her album titles says, “Like No Other.”

Rhino Records gets mad props for bringing a hot 16-song MC Lyte anthology, featuring the best of her six albums, sans 1998’s atrocious Seven & Seven. Even better, presumably because Rhino, and not her label Atlantic, has released the CD, it can be copped on the cheap: it has been seen for $8.99. Whether MC Lyte’s happy about this, we cannot say.

What can be said is that CD shows that MC Lyte has always brought the hot shit, handing out sharp asswhoppinz back when Jigga was still singing about Hawaii. Peep 1989’s “Cha Cha Cha”:

“I can adjust to the times and at times I might just get quicker
Than the ticker of your pacemaker
More tender than a roni but harder than a jawbreaker
So don’t ever second guess me
And if you’re wondering who could the best be
Think a second and recollect the worst whipping you ever had yet
And I’ll bet that I did it
My fingerprints are still on you
How many times I gotta warn you
About the light? It’ll blind your sight
But the rhythm will still guide you through the night”

Like any compilation, having all her cuts assembled together shows the intense strengths and weaknesses of MC Lyte. For instance, unlike today’s female MCs who stick with one or two producers, Lyte brings 11 producers to the table, from Grand Puba to Puffy, and shows that she can flow over virtually any beat.

And the beats are hot to def. Old-school cuts like King of Chill’s “Paper Thin” and “Cha Cha Cha” will have you doing The Wop and The Snake, respectively, while Grand Puba’s “I Am The Lyte” will have you breakin’ your neck on its tasty guitar lick. The only lame beats are the two attempts at R&B: the drum-machine-on-autopilot “Dr. Soul,” from a Foster & McElroy compilation, and the wack lite-FM sample on “When In Love.”

In fact, the only problem comes from Lyte’s bravery: she tries too much shit. “When In Love” is too convoluted, especially when compared to Rakim’s “Mahogony” or even GFK’s recent “Love Sessions.” “Cappucino,” her attempt at an anti-drug song, doesn’t even make any sense. And “Dr. Soul” just sucks.

However, that still leaves 13 tracks of hot shit, not to mention “Cold Rock A Party (Bad Boy Remix),” one of the first cuts with Missy and her “Hee hee hee hee hoooow.” The collabo is the last song on the CD, as if MC Lyte is passing the torch to the young bucks. She’s not mad, but she doesn’t want to be forgotten. She shouldn’t be worried: if you cop this, as you should, you won’t get amnesia anytime soon.