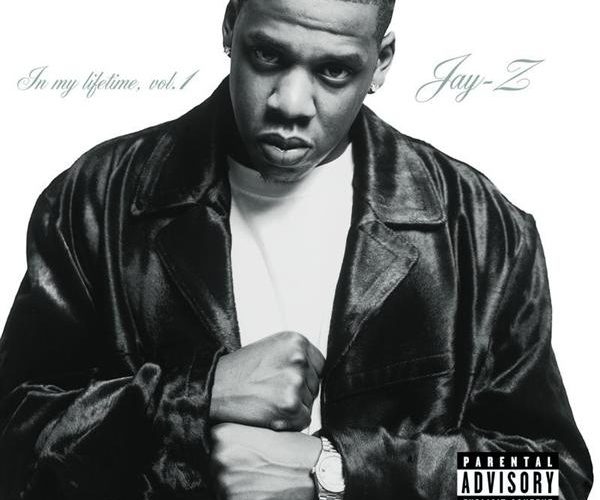 In My Lifetime Vol. 1

Let’s face it, Priority Records blew it. Somebody up in the executive ranks of that company probably got canned for letting Jay-Z get away. At the time, it probably seemed wise to part ways: “Reasonable Doubt” was destined to be a classic album to both hardcore street rap fans and underground hip-hop heads, but saleswise it didn’t make a HUGE dent. After investing in several movie quality music videos, including “Dead Presidents” and “Can’t Knock the Hustle”, it probably occurred to them they were spending too much money on a rapper who was only a small star.

Little did they know, the star of Shawn Carter was rising at the same time their own figures were falling. Free agent that he was, Jigga shopped both his fledgling Roc-A-Fella Records and his own services to Def Jam; wisely, they chose to ink a deal. It’s a relationship that neither party has had any cause to regret: Shawn got the power of a decade old rap kingpin in his corner, and Def Jam brought on board a man whose name would soon be synonymous with rap music worldwide. “In My Lifetime, Vol. 1” was the first child of their union, and looking back on it a half decade later reveals a lot of surprises.

Starting the album with the combined song “A Million And One Questions/ Rhyme No More” was a stroke of genius. DJ Premier blessed the cut lovely with TWO ill beats: the first a pounding piano where Jigga responds to all his fans, and the second a laidback groove that just oozes cool as Jigga quips, “Had the cable with the anchor when Jaz made ‘Sophie’/Then I went low key, but now I’m back it’s on – motherfuckers.” Say word. This brillant audio excursion picks up exactly where “Reasonable Doubt” left off, and leaves you anticipating one HOT LP.

Perhaps that’s why the following cut “The City is Mine” was so shocking to a lot of Jay-Z fans, particularly those who discussed hip-hop online. Anyone old enough to remember Glenn Frey’s “You Belong to the City” probably thought it was a HUGEmistake to hear Jay-Z interpret it into what was ostensibly some cotton candy sugary rap FLUFF. The haters failed to realize though that the lyrics in song were still vintage Jigga:

“Y’all want to know how I flow just seek and you find
I’m like a brain in the voicebox, I speak my mind
About to redefine rap mami, either I’m
the illest nigga doing it or these niggaz is losin it
I read a article that said I was ruinin shit
But every time I look, I’m movin units in quick
So I’ma hit y’all, with these last two and split
and leave niggaz with nuttin but my influences-es
Soon it’s the Jigga, I ain’t mad yeah, bite my shit
Sell half of what I sell cause it’s not quite my shit”

Looking back now, the hook of the song doesn’t seem insulting at all. In fact, you hear the torch of the late Notorious B.I.G. being passed to Jigga at the end when he says, “I’m the focal, point like Biggie in his prime; on the low though – shhhh, the city is mine.” While the next song was some truly regrettable cornball shit with Lil’ Kim and Puff Daddy not worth naming, the middle part of the album that follows is so solid weight it might as well be called gold. Tracks like “Imaginary Player” are certainly the reason it sold that that plateau and better, because Jay-Z proves why he is the title holder with lines like “I spit that other shit, that’s a nice motherfucker shit” and “Nigga, you beer money, I’m ALL YEAR money” and that’s just in the first fourLINES. Jay-Z showed just how far ahead of the curve he was though with this line: “I spit the hottest shit, you need it I got it shit/that down South, Master P, ‘Bout It Bout It’ shit.” Even Ric Flair would say “WOOOOOOOOOO!!” after hearing THESE lyrics:

“And now you got these young cats acting like they slung caps
All in they dumb raps, talkin bout how they funds stack
When I see them in the street, I don’t see none of that
DAMN playboy, where the fuck is the Hummer at?
Where’s all the ice with all the platinum under that?
Those ain’t Rolex diamonds, what the fuck you done to that?
Y’all rappin ass niggaz, y’all funny to me
You sellin records bein you, but still you wanna be me
I guess for every buck you make it’s like a hundred for me
And still you runnin around thinkin you got somethin on me..”

Unquestionably, this entire song is Jay-Z’s braggadocio at it’s very finest. Every part of the song is a hip-hop quotable, proving his words apt in verse three when he says, “It’s funny how one verse can fuck up the game.” Pick any from this song and “Imaginary Players” who think they can ball with Jigga just have to get GHOST. With the next song “Streets is Watching” though, Jay-Z goes from not only being a better baller in the game, but a better GANGSTER too:

“Look, if I shoot you, I’m brainless
But if you shoot me, then you’re famous — what’s a n*gga to do?
When the, streets is watching, blocks keep clocking
Waiting for you to break, make your first mistake
Can’t ignore it, that’s the fastest way to get extorted
But my time is money, at twenty-five, I can’t afford it
Beef is sorted like Godiva, chocolates
N*ggaz you bought it, I pull the slide back and cock it”

For no apparent reason this song was censored, but the beat by Ski is so good and Jay’s flow is so sharp that you can forgive this otherwise nonsensical decision. The hotness only continues with the sequel song “Friend or Foe ’98” produced by DJ Premier, and then the surprisingly mellow “Lucky Me” done by Stevie J and Buckwild, which reveals yet another side of the ever versatile Jigga: the player who counts his blessings even in the face of adversity from money-hungry girls and jealous contemporaries:

“I’m trapped – the whole world’s against me in fact
But ain’t no turnin back; bring it on
Hate the price of fame, cause it cost too much
Can I live, without y’all niggaz sayin I floss too much?
Hate the way you make this hate flow, all through us Steady lookin for flaws to us… Lucky Me”

The other pop-oriented single on this song (and as I recall, the first to be released) is the next track “Sunshine”, which uses elements of both “Rockin’ It” and “Sunshine” while Babyface croons the hook and Foxy Brown provides guest vocals as the girl of Jay’s affections in the song; continuing a dual collabo’ they first minuted on “Ain’t No Nigga.” Again, the haters prevailed in rap discussions as decrying this as proof Jay-Z had sold out; but the only thing songs like this and “The City is Mine” sold out was retail space in stores when copies of “In My Lifetime, Vol. 1” flew off the shelves. The lyrics aren’t the wack in this case, as Jay discusses loyalty and what a down woman would do for him; a more gangsta version of this same song would be “Me and My Bitch” by Notorious B.I.G. Peep the rhymes and compare for yourself:

“If I needed would you, give me your kidneys? (Uhh, uhh, fo’ sho’)
Catch a case you catch it with me? (Mmm, fo’ sho’)
Pawn your jewlery to come get me? (You better know)
Catch me with a chick, forgive me? (Uhh, now that, I don’t know)
They spread rumors, will you defend me, tooth and nail? (Uh-huh)
They try to frame me, will you be there, ’til the truth prevail?”

For those who might have slept on the banging Ski produced cut “Who You Wit” on the “Sprung” soundtrack, Jay-Z’s next cut is a re-release entitled “Who You Wit II” with a brand new third verse that shows that simply put, Jay-Z ain’t takin NO shorts:

“Drop the top, let her feel the moonlight it entranced her
She jumped all in my seat like some private dancer
I tell you somethin new, if you don’t hop down off that
butter soft shit with your shoes, I’ma step on the gas
She laughed, put her ass back in the proper place
She said, ‘I played my cards right and look I got the ace’
I told her (*beatboxing*) ‘Slow down baby’
You dealin with a baller, who, hold ground crazy; it’s on”

“Face Off” featuring Sauce Money may part of the reason people had such high expectations for his debut album “Middle Finger U”, but by then “Face Off 2000” was a weak letdown compared to the legendary duet these two Roc-A-Fella players showed off on this album. It gets even better though when Jigga links up with the ORIGINAL pimp and player of the rap game, Too motherfuckin $hort, on “Real Niggaz”:

“That’s right, I been a hustler for a long time
Always got the right beats, never saying wrong rhymes
I started off with nothing ended up with everything
Now we sip Henessey in first class on every plane
Ask Jay-Z, he know what I’m sayin
Always see me at the bank and yes I’m goin again
There ain’t no dollar amount, that can make me happy
Fine women, a big house, a truck and a Caddy”

For those who have been following the continaul feud between Jay-Z and Nas, one of the alleged seeds of the beef was sewed with the song “Rap Game/Crack Game,” produced by Jigga’s mentor Jaz. Nas obviously got paid for the line “somehow the rap game reminds me of the crack game” though, because the song and the artist are both mentioned by name in the album’s liner notes (meaning they got permission for it). That proves there may in fact be merit to Jigga’s words “you made it a hot line, I made it a hot song” – and his comparison to rap sales as trafficking in narcotics seem that much more accurate:

“But first we scope shit, advertise in every area
Let the fiends know hey, we got some dope shit
Gon’ need a middle man, so we look to radio
Let em test the product, give em a promo show
Just a breeze, not enough to catch a real vibe
Then we drop a maxi single and charge em two for five
Ain’t tryin to, kill em at first just, buildin clientele
So when the album drops the first weeks it’s on sale
But when demand grows it’s time to expand yo
You don’t want no garbage papi it’s ten grand per blow, fo’ sho'”

By closing the album out with the dark and eerie sounding “Where I’m From” with Jay’s narrative about his own hood (with the now infamous line “I’m from where niggaz, pull your card/and argue all day about, who’s the best MC’s — Biggie Jay-Z or Nas”) and the heartfelt ode “You Must Love Me” to the important people in his life, Jay-Z wraps up the excellent sequel to “Reasonable Doubt” in near perfect fashion. Though at times slightly more commercial than his hip-hop debut, this album’s success proved why the marriage of Roc-A-Fella Records and Def Jam was a match made in heaven. Only one song on this album could truly be called wack, and even if you’re mad at the two pop songs, that still leaves 11 songs of Jay-Z hip-hop classics that no fan of good beats and rhymes could hate. With no filler and songs that reflect the roles of Shawn from lyrical kingpin to entrepeneur extrordinaire, you simply can’t knock the fact that on this album, the hustle was back.