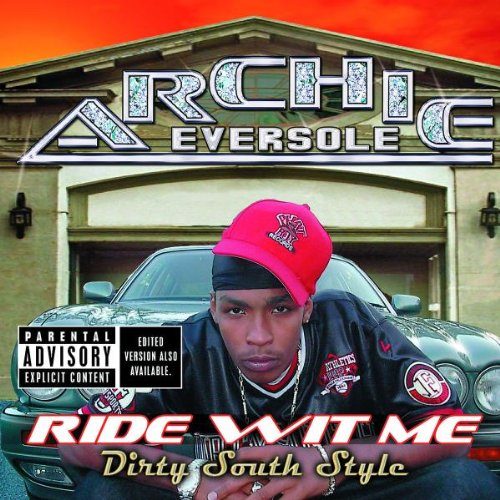 Every once in a while, an artist with regional success in rap gets signed to a major label record deal and distributed nationally. It’s no surprise that big corporate labels would do this, because it’s a lot more cost effective than having to bring up a completely unknown artist and turn them into a big success. Labels can always presume that because an artist had success in one region of the country, it will carry over to other regions once they are exposed to said artist’s music – and in many cases this has been true; from the Geto Boys to N.W.A. to Three 6 Mafia.

Atlanta based 17-year-old Archie Eversole is another one of these artists trying to move up from regional success to the national limelight as a rap sensation. To be sure, “We Ready” and the remix featuring Bubba Sparxxx have definitely caught the attention of an audience always on the look-out for anything catchy or distinctive. Set to the melody of the familiar sports chant “sha-na-na-na, na-na-na-na, hey hey hey, good-bye” the lyrics of the song play an almost secondary role to the fact you’ll want to sing along “weeeeee reahhh-deeee” to the hook – although they are certainly functional:

“Stay as crunk as can be
Who keeps it crunker than we
Nobody that’s why we comin throwin bows in them knees
See our foes and they freeze
They be some suckas at heart
We ready for what they bringin so we bust ya apart
You bustas ain’t hard, stack em up and knockin em down
Another cop in the ground, boy, who stoppin me now”

This is yet another rap album where the first single is censored though, despite the fact that the cover carries a parental advisory sticker – so you won’t hear the word “cop” on the LP. All of the music save for one track is provided by Mason Hall and Corey Wilson of Break Bread Productions, and this consistancy is one of the album’s highlights. The tracks, from “Rollin Hard” to “Everything is Alright”, from “Chicken Wing” to “We Gangsta” has a sound you can describe in one word: CRUNK. If you were aiming to have a party where you could throw on a Southern rap album, drink ’til ya feel stupid, and slam dance until you wake up sore and bruised, Archie Eversole’s “Ride Wit Me” would be the ticket.

Unfortunately the downside of consistancy is that sometimes it becomes interchangable with redundancy. Eversole’s voice is reminiscent of an angrily amped up Ludacris, which makes obvious sense given they’re both from the A-T-L. It tends to wear thin though given that he doesn’t change up his vocal flow too much, and that unlike most rap albums by new artists today this really is a SOLO album save for Bubba Sparxxx cameo. It also doesn’t help that the topic matter isn’t supported by a general weakness of lyric writing, as evidenced by the song “Keep it in Step”:

“Mine is the route to evil, so we evil as hell
My niggaz stack it well, rappin make them platinum sales
You hatin cause we makin, the bread that we be breakin
We right here for the takin, most of them busters fakin
I hate when y’all be hatin, askin who Benz I’m in?
Iceberg is it genuine? Bitch I’m holdin Benjamins
We done had it since y’all done thought about it
And if you talkin bout breakin bread then well all about it”

Give Archie credit for using his simplistic rhymes to ride with the beat, something a lot of today’s rappers who can’t flow lack, but no props for cliched topic matter that eventually just plays second fiddle to the music. One suspects he could actually write better raps, given his young age and potential to grow as an MC, but this album may have been hurried out to capitalize on the success of “We Ready” in the South. For this reason, Archie Eversole’s “Ride Wit Me Dirty South Style” sounds like the debut of a young artist whose deep voice and good production show potential. Given a few years and a couple more albums he may develop into an artist who is worthy of comparison to Ludacris not just for the way he raps but for the cleverness of his rhymes and versatility of his flows.