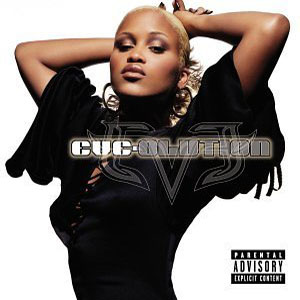 One could argue there was an era in hip-hop/rap music when female MC’s weren’t taken seriously. It took a generation of no-shorts-taking rappers to grab the mic, kick the misogynists in the balls, and walk off with the prize as most dangerous mic assassins to change the game. This list has blazed by far too many to name, but a choice selection would have to check off Salt-N-Pepa, Queen Latifah, MC Lyte, Roxanne Shante among others. For their pride, for their unflinching stance in the faces of haters and disbelievers, for winning over skeptics who refused to give it up to anybody with two tits and a vagina, their place in hip-hop’s all time Hall of Fame is forever assured.

Eve is among the third or fourth wave of female rappers to come along since these pioneers kicked down the door. Aside from a few holdovers from the early 80’s and chauvinist pigs (often one in the same) most heads today don’t even question a woman’s Goddess-given gift to rock the mic right. Despite this welcome change in attitude, it’s still remarkable to see that even hip-hop has a “glass ceiling.” The 6 to 1 or worse ratio of male to female records in your local music store bares the proof of this assertion: mediocre male MC’s get record deals and media exposure they don’t deserve, while talented female rappers often languish in obscurity (a la Jean Grae or Bahamadia) or worse. It probably doesn’t help that the female rappers who are given the push are routinely accused of exploiting sexuality over skills, even though in context DMX and LL Cool J show just as much skin as Foxy Brown and Lil’ Kim.

Eve’s 1999 debut “Ruff Ryders’ First Lady” was therefore not shocking in a context of a rap world where the female rapper was well accepted, but it still turned the world on it’s ear. More than just the “token chick” in a rap clique, the Philly born-and-raised music sensation rose to stardom equal or greater than her crew. Great vocals, flow and lyricism were the focus everytime she appeared on camera; and although she has a lithe and attractive frame it was packaged like a wolf in sheep’s clothing. She might drop the occasional line about being a “cara-mel bombshell,” and then the next moment rip your balls off like a rabid pitbull. Brilliant marketing strategy? Perhaps, but the talented rapper had already been recording with Dr. Dre and making hits with The Roots (“You Got Me”) long before the nation and the Ruff Ryders took notice. Either way, Eve’s credentials were established as a femme fatale MC, attractive but deadly on the mic.

If imitation is the sincerest form of flattery, the wave of rappers who came into the industry copying her steelo prove why she’s the bomb. Parity has yet to be achieved though, so Eve is still swinging away at the glass ceiling. “Eve-olution” is the signal that a change is long overdue, but it’s also a re-affirmation of the rapper as a powerhouse hitmaker and a much needed voice in a world dominated by male thugs. If ever the phrase, “I’m every woman, it’s all in me” was to be made true, Eve’s album could be the thesis for that proof. By turns she’s uncomprisingly aggressive on “What,” seeking companionship on “Gangsta Lovin’,” and hot enough to “[make] a holy man lust me” on “Irresistable Chick.” The latter is so sultry and funky you’ll swear Prince was in the mix, but the producer’s credit goes to Irv Gotti.

Musically the duties are farmed out to a variety of talented hands. Dr. Dre handles the chunky funk of “Satisfaction” among others, Swizz Beatz provides his undeniably simple yet catchy signature touch with cuts like “Double R What” featuring The LOX, and even First Family’s own Teflon can be found making the bombastic title track; which in a curious twist is the LAST song on the album. Guest appearances are pleasantly few and far between, giving Eve the spotlight that she’s always deserved, and the rare ones like Snoop and Nate Dogg’s cameos on “Hey Y’all” are not wasted:

“I keeps them Chucks on my feet, khakis on my leg
Trunk full of funk nigga while I’m breakin bread
Slidin, through your system, bangin bobbin heads
Doin mines and I don’t CARE what other niggas said
They can pop it but they can’t stop it boy I’m gettin mine
Sellin CLOTHES up in this bitch like Calvin Klein!” –> Snoop

“Uh-huh you niggaz got ya head noddin
And this chick got the drums from ya ear throbbin
Known to do it baby bubblin don’t you dare stop it
Love when bitches hate – you hear the song
pimpin ain’t nuttin to me; got my nigga Snoop he been down
As for my nigga Nate? Shit he was in town” –> Eve

If you’re trying hard to find letdowns, there are only a few. The strange cadence of Eve’s flow on “Neckbones” seems to be off-beat from the start, and the beat by the producers of the same name doesn’t help. “Party in the Rain” can’t really decide if it wants to be Carribean or bouncy, and succeeds in not being either. Skits are almost always a waste of time – “Argument” and “Stop Hatin'” do not prove to be exceptions. “Figure You Out” is not a whack track per se, but it’s not the kind of hit one would expect from Tone and Poke (Trackmasters).

On the whole, “Eve-olution” is a superior effort as compared to her sophomore effort “Scorpion,” and proves that the hype about Eve was on the money all along. “Why don’t you just test me? You won’t want to do without it,” is the come-hither offer the sometimes tomboy/sometimes glamour girl makes on “Gangsta Lovin’,” and it also sums up her third release nicely. A few neanderthals still question whether female rappers pen their own lyrics because some in the 80’s got a bad rap for not spitting their own shit, but Eve would probably give a buck fifty to the face of the first person who dared. Eve has the potential to make a difference for a new generation of female MC’s. Those who follow in HERfootsteps will find a world where women aren’t just accepted on the mic but earn dollar for dollar what their male counterparts do, due to talent and popularity too strong to be denied.