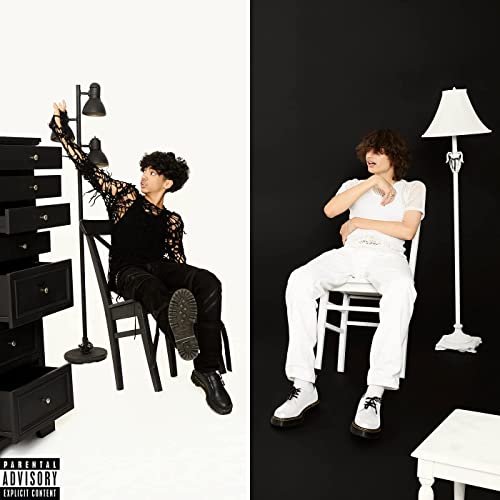 then i'll be happy

glaive & ericdoa :: then i’ll be happy

If you combined all of these artists together in a bowl and used a stand mixer to whip them into a frothy peak, you’d get “then i’ll be happy,” but just mixing elements in a bowl doesn’t mean you’re following a good recipe.

I struggled hard to find anything about glaive that set him apart, but even his use of lowercase letters for his name and his album title is an emo rap stereotype. Maybe a song like “fuck this town” could exceed the cliches of the genre with some genuine effort, but I don’t see it nor do I hear it. It’s not that I don’t relate to growing up in a place that I couldn’t wait to leave, but that’s not reason enough to give high marks to a song that mimics the tropes of the genre to the point of becoming parody.

“I turn my home into a ghost town
Maybe that’s why every single person going ghost now
I’ve been working too hard, why the fuck would I slow down?
People only care about you when it’s ’bout to go down
I said fuck this town and like everyone in it
Say you’re mad at me, I’m just minding my business
She wanna dance with the devil, but won’t pay him a visit
I bet I’ll see him soon ’cause the way that I’m living”

Having ericdoa produce “then i’ll be happy” is supposed to add something new to this presentation that we haven’t heard before… but that doesn’t work either. “heather” is the perfect imperfect example as a sub two minute song that does everything you’ve heard other singing emo rappers do before. The electronic production, the artificial drums, the vocoded vocals, the tempo changes, the whiny complaints. If glaive has an addiction to sipping lean and popping Xannies the picture is complete.

The two best things about “then i’ll be happy” are that the songs and short and the album is short. Other than that there’s nothing redeeming about beating a dead horse until it’s glue, although Interscope Records seems to think glaive is the flavor of the minute judging by them distributing the album. He probably is. I just don’t hear any good reason why he is.