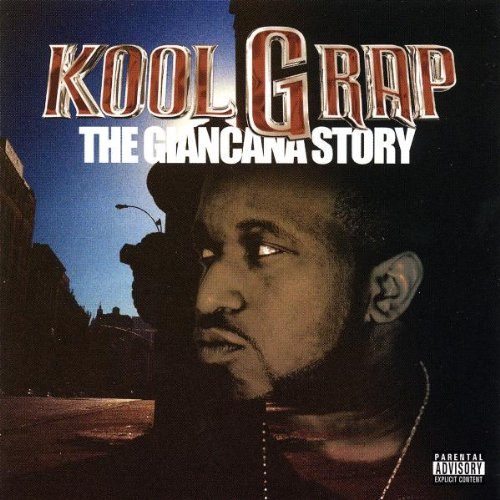 Honestly, I never expected this album to be released. Bootlegs of it have been floating around the internet for what must be at least a year now, and most speculation on or offline was that the lyrical impresario Kool G Rap has become just another victim of record label politics. Rawkus Records seemed almost desperate to regain their hip-hop credibility when they signed him, but once he was on the label they could just sit on his career while the hardcore fans waited for an album that would never come.

Fortunately somewhere along the way Rawkus and Koch Records inked a deal which allowed this album to finally see the light of day in stores from coast to coast. For those who haven’t been down with him since he first started travelling the “Road to the Riches,” this release is a fine introduction. The V.I.C. and Mike Heron produced “My Life,” the last official single from this album, is a good place to start as well. ‘G’ has over the years stood for both ‘Genius’ and ‘Gangsta’, but the vivid drama he paints with words also makes him the ‘Giancana’ mafioso of rap. This song proves it:

“Shut down shop from Jan. to June
and still cop land in the boons
Fuck women in tanning rooms
Every last fingernail on their hand groomed, self built do
Down to the mink pelts, gator belts and silk suit
If I can’t stack a nigga cap get peeled loose
Word to them cats that died on the street, it’s spilled juice
So where that Don be? (right here)
In the calm breeze in the palm trees
Bomb G under the armpiece
Livin in harmony, coke farm pharmacy
Bulletproof armory, school of the hard knock honory
Washin the jackpot like laundry
Fuckin Don of the year nominee, honestly”

If I’ve gained a certain affection over the year for rappers who have a lisp in their flow, it definitely started with G Rap. Linguists would view it as a speech impediment, but they don’t know what hip-hop fans know – it adds a distinctive impact to rhyming and it’s timing that many have tried to imitate, few successfully. For the Don, it lends itself to a narrative quality; being of the scene and yet being able to stand apart from it at the same time. While most hardcore rappers have to fight a constant war of credibility over whether they do what they say, G Rap rises above it on songs like “The Streets.” He doesn’t have to prove it, he just KNOWS it:

“My niggaz ride where it’s rough at, and die where they bust at
My murderer guys, slingin the pies where they lust at
On corners where they hang most, name boast and bang toast
Drive with the thang close, slide where the dames post
Empty clips and dumb out, coke fiends are strung out
Broke niggaz bum out, Jakes holdin their gun out”

Usually G Rap albums are dominated by the force of his personality and deep vocals for obvious reasons, but this one features more guest appearances than “Money in the Bank” and “Erase Racism” had put together. Prodigy is on “Where You At,” AZ appears on “Holla Back,” “Thug Chronicles” features Havoc, “Blaze Wit Y’all” showcases Jinx Da Juvy, “Fight Club” has Shaqueen and the “My Life” remix includes Capone-N-Noreaga. This doesn’t effect the quality of the album, but the inexplicable editing or removal of vocals on “Gangsta Gangsta,” does — it’s just plain annoying. It happens several times throughout and seems almost random, but Koch Records seems to have always had a tenuous relationship with explicit records; offering no explicit version of “The Sneak Attack” yet releasing Afu-Ra’s “Life Force Radio” as is. The album carries a parental advisory though, so there doesn’t seem to be any good reason for it.

Still it’s impressive that this album found it’s way to store shelves in any form whatsoever. While G Rap is and always has been a legend of loquacious lyrics in hardcore hip-hop, many today are unaware of his legacy or why even rappers like the late great Big Pun would bow down and kiss his ring in respect. This album is not quite as strong as 1998’s highly slept on “Roots of Evil” CD or seminal classics like “Live and Let Die,” but if you want to get your first taste of the Mario Puzo of hip-hop, it’s a great place to start. Rated M for Mature due to strong language and the overwhelming prevalence of flying bullets; so rap fans PLEASE keep it in your whip or your headphones and away from our nation’s overprotected children. Under 17 definitelyrequires adult supervision.