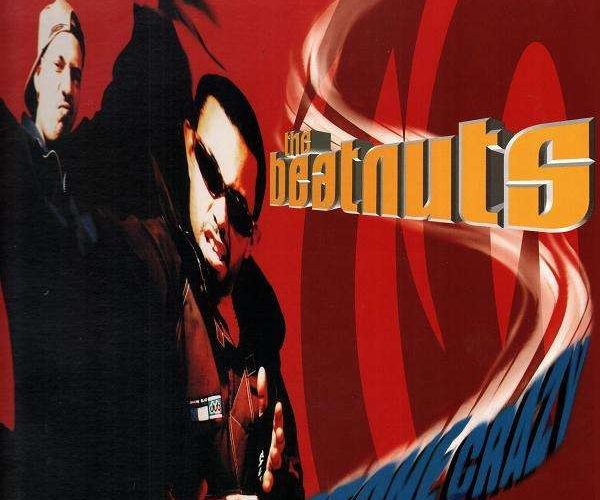 Hip-hop, in its purest form, is a means of moving the crowd, an escape from the world we live in. Everything else is an extension of this base simplicity. Every emcee’s objective has originally been to move the crowd, and throughout the evolution of the art form, this value has remained constant. Essentially, all of rap music exists to create movement, whether mental exercise or simple party rhymes. Despite all of the directions that hip-hop is moving in, there have always been artists who haven’t been afraid to take things back to the roots, however backwards or lacking in complexity they sound.

The Beatnuts have been around forever, doing what they do. They aren’t the nicest emcees, but that isn’t necessarily expected from the masterful track engineers that they are. As their name suggests, Psycho Les and JuJu just keep hooking up heat on the production tip. With credits ranging from Ghostface to Mos Def, this duo has an obvious ear for the funk. They certainly haven’t pretended that they were up to anything other than party and bullshit, and it continues to work to this day.

Since their debut EP in ’93, the Beatnuts have been successful, and perhaps more importantly, consistent. Their 1997 sophomore album, “Stone Crazy,” is their shining moment. Their sound is remarkably refined on this effort when compared to their previous catalogue. Far from the occasionally monotonous themes of their latest records, it is an immensely entertaining, brilliantly constructed ode to partying. Of course, the Beatnuts are all about the production. This isn’t lost here. The remarkable thing about “Stone Crazy” is the seamless, unified feel that is achieved by the carefully chosen vocal samples and buttery instrumentals that their records are built on. This record is one of the most sweetly melodic I have ever heard from rap music, a dense, atmospheric collage of pulsating horns and guitars and just about every other instrument imaginable.

I bought this record a long time ago, and after a quick listen, didn’t find anything especially notable. I went probably a full year without exploring “Stone Crazy” further, which was a big fat mistake. A few months ago, I popped it in again for a second try. The minute “Bless the M.I.C.” hit my ears, I was hooked on the record I should have loved from the beginning. The grinding guitars are placed perfectly, and when the other sounds disappear for each verse, the catchiness of the simplicity will amaze you. It is common knowledge that the rhymes won’t bowl you over, but both Les and JuJu sound completely at home over the subtle funk.

“Intermission” marks the first of several interludes on the record, but instead of dumb skits, each one is a meticulously crafted musical break. A few of these interludes use vocal samples from old soul songs, creating hauntingly beautiful moments that should have been stretched to full length tracks. “Be Proud,” especially, deserved a whole lot more space. I challenge any music fan, rap or not, to listen to the harmonious sample and deny this duo’s creative power.

Following “Intermission” is “Off the Books,” the joint that had everyone open back in ’97. Looking back, it definitely hasn’t become dated at all. Peep the late, great Big Pun’s verse:

“Ay yo it’s all love, but love’s got a thin line
And Pun’s got a big nine, respect crime but not when it reflect mine
The shit I’m on is wrong but it lasts long
Pull a fast one and Pun’ll wake up with the stash gone
I’m mad strong and my cream is fast
Smoke the greenest grass, my bitch got the meanest ass
And a taste legit, I don’t have to waste a whole case of Cris’
All it takes is my pretty face and my gangsta wit”

This verse turned a lot of heads, and had plenty to do with Pun blowing up. What isn’t always remembered was the Sesame Street flute sample that inspired him, laid over the uptempo drums and wailing vocal snippet. “Off The Books” is brilliant, one of the most accessible rap songs ever made. Thugs will be pleased with the vicious verses, and yet any club will still get hopping with one spin.

Despite their scarcity, the guests do an excellent job of relieving the prolific duo. Aside from Pun and Cuban Link, QB legends Screwball join tha Nuts on “Uncivilized.” Between these and the frequent interludes, Psycho Les and JuJu never really get tiring to the ears. They never drop a verse that will be oft-quoted, but they let the production carry each song and do an excellent job with the hooks. With beats like these, nothing else is really necessary.

The replay value of “Stone Crazy” is through the roof. Since their lyrics don’t particularly merit careful listening, this is perfect background music for whatever you’re doing. Additionally, despite achieving relative unity, each song on the record is completely unique, and their abundant sampling creates a separate mood for each song. The ominous “Niggaz Know” is driven by a heavy organ sample, while “Supa Supreme” features an inspiring beat created with a mellow guitar and hard-hitting drums. The album has a unified sound due to the similar samples that the Beatnuts use, but when each song comes on, you’ll remember it specifically and a smile will come to your face.

Even the stuff you don’t immediately feel will catch up to you eventually. A few listens into “Here’s A Drink,” I finally began to feel the awkward patterning they used in staggering the drums and choosing a particularly unconventional sample. In the end, everything comes together wonderfully, as each obscure snippet is placed exactly where it needs to be. Past influences range from soul to funk to ragtime. There are many standouts on the album, but each Beatnuts fan is likely to have a different favorite. Even the most cerebral music fan can’t deny the relaxing power of “Stone Crazy.” They aren’t saying anything special, but they have plenty of style, and it all takes place over some of the best production you will find.