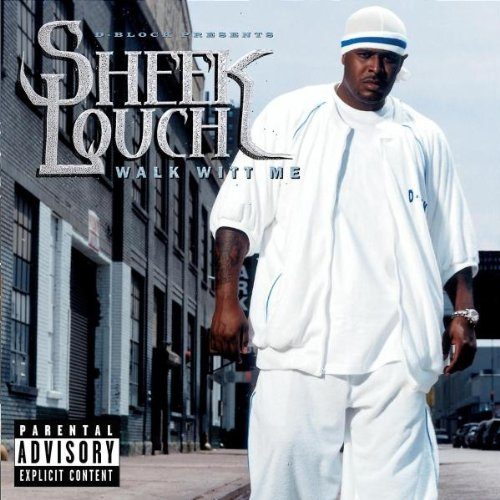 With each passing year, it seems another rapper from The LOX releases a solo album. Jadakiss had “Kiss Tha Game Goodbye” in 2001, and Styles P had “A Gangster and a Gentleman” in 2002. It only seems natural that Sheek Louch would release one in 2003, but if you believe his words on “I Ain’t Forget” it almost didn’t happen:

“Jadakiss dropped a solo, they lovin his voice
I’m lovin his shit but the hood thought it was moist
Styles P dropped ‘Gangster and a Gentleman’ – hard
No need to speak but the promotion was weak
Sheek never had solo plans
‘Til I dropped a freestyle in the studio with some of my mans
Lobson tweaked that, Mario leaked that
‘Your shit hot, you could bring the muh’fuckin streets back’
Nah, I dunno I’m just tryin get a label
Sit behind the desk you know, watch a lil’ cable”

To the collective fans of The LOX, I apologize for these words in advance – that would have been fine with me. In fact I would gladly have passed off the buck on this album, but each time one comes out RapReviews.com is flooded with requests for coverage and your humble editor-in-chief ends up being the only one willing to cop the CD. If you didn’t read the prior reviews or even glance through them, let me recap – I like these guys collectively as a group, but individually they seem flawed and incapable of holding down an entire solo. Jadakiss is the funny one, Styles P is the smooth talking one, and Sheek Louch is, well… um, he’s… the one with no personality?

That’s right, Sheek is the rapper who as a soloist reminds you of your least favorite teacher in high school – the one with no charisma and no enthusiasm whose voice practically begged you to fall asleep in class. Believe it or not, that was the perfect role for him in The LOX. Sheek was the glue that bound the group together. While Styles talks shit and Jada drops punchlines, Sheek’s plain spoken delivery and verbiage offset both nicely and allowed for smooth three-man tag team transitions from rapper to rapper. Tag out Jada, tag in Sheek. Tag out Sheek, tag in Styles. Et cetera.

As a soloist though, Sheek has the same problem the other two members of The LOX had – nobody to tag in. Sure they make cameo appearances for the save, such as Styles appearing on “In/Out (S.P.)” and ‘Kiss appearing on “Ten Hut” but by and large Sheek Louch is holding these tracks down on his own, and that’s a problem. Since Russell Simmons and Vince McMahon are all the rage these days trying to “Smackdown the Vote,” I’m going to shamelessly up the ante on wrestling references here: the beats are like Cactus Jack and Terry Funk, and the rhymes are like Spike Dudley. If you’re not a fan of wrestling just picture two hardcore monsters beating up on a guy barely a hundred pounds soaking wet, and there’s your analogy.

Sheek gets mauled by these beats. Punched in the face, kicked in the groin, and entire body folded up like a pretzel. Beats are not really the problem here at all. The only big name on a track is Alchemist on “Turn it Up,” but Mr. Devine (Ruff Ryders), Vinny Idol & Supa Mario and Liveson hold it down decently. You’ll be happy with the snazzy piano backdrop of “How I Love You,” the spooky “3-5-4 (Tarrentino),” the Temptations laced “Don’t Mean Nuthin'” and of course the hardcore bounce of the first single “Mighty D-Block (2 Guns Up)” featuring all of The LOX along with J Hood. Unfortunately this cut is not a good one to quote Sheek on, because he gets upstaged by Jada “the black Babe Ruth” and Styles P who takes “redrum and spin it backwards like a Missy song.” That’s not to say Sheek can’t write period, it’s just hard to get excited by his delivery even if the narrative is as fresh as “For You”:

“So, at that I tell you mind your biz
Punch out, take the bus home and mind your kids
Before ya kids be pumpin my work, bitch doin the jerk
Get down to throw sperm on her shirt
Can’t be him, he ain’t supposed to shine like that
Back with Bad Boy that nigga ain’t rhyme like that
Damn he hot, you sure? That if you think I’m jiggy nigga
Key to life, Puff, used to be with Biggie nigga
Yeah, S-H-E-E-K, L-O-U-C-H
B-E sick in the H-E-A-D
I worry when y’all stop hatin, it’s a problem datin
When I’m back to drinkin old beers/Bears like Walter Payton
Easy wider, mouth web like a fuckin spider
Haha, y’all niggaz sweeter than apple cider”

Too many mediocre moments hold this album down. When Sheek actually gets amped up on the song “OK” you expect more, but it rarely happens. Instead songs like “How Many Guns” are loaded with weak analogies like “more beef than a fuckin patty.” C’mon Sheek, rethink that. And tracks like “Crazzy” will literally make you so, due to a two minute long skit you can’t skip over and a mediocre piano loop that gives Sheek nothing to work with. Sheek is not an exciting rapper to begin with, and certainly not a great solo rapper either. Try as I may, I can’t listen to something that’s terribly mediocre and rave about it just to make people happy. I flatly refuse to do it.