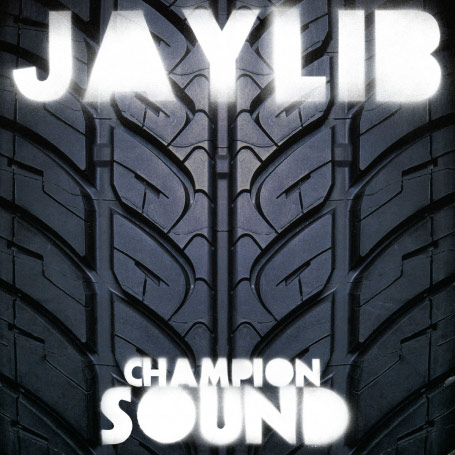 To call J Dilla and Madlib well kept secrets would be an exaggeration. Both have been recognizably busy these past years, bustling beats over to various projects. Madlib has a particularly long list of engagements, ranging from Yesterdays New Quintet to his partner in rhyme Wildchild’s “Secondary Protocol” album, while the artist formerly known as Jay Dee is kept busy by his involvement in the Soulquarians production crew. Musically, both have come a long way since their Slum Village respectively Lootpack days in the late ’90s, establishing a distinct profile as producers. A random search on the internet produced a telling search result from a site called urbanelements.net which ranks Madlib and J Dilla as today’s hip-hop producers number one and two, leaving behind household names like Prince Paul, Pete Rock, DJ Premier, Dr. Dre and The Neptunes.

And now they’re teaming up for a joint album? News of it surely will have accelerated heart rates and moistened palms. The origins of the project can be traced back to a Dilla beat CD DJ J Rocc handed to Madlib in 2000. Jay’s beats inspired Madlib to rap over them, eventually saving everything to a disc he simply labelled ‘Jaylib’. Even though the two of them briefly worked together in 2001 for Jay’s cancelled MCA album, the definitive Jaylib sound clash began to take shape when Stones Throw put one of Madlib’s excursions on Dilla’s versions on a well received white label (“The Message”). The Soulquarian expressed interest in an extended collaboration, which finally lead to “Champion Sound”.

In the spirit of Madlib’s original ‘Jaylib’ experiment, “Champion Sound” lets Dilla rap over Madlib’s beats and vice versa. They co-produce a short intro (“L.A. to Detroit”), but go separate ways for the remainder of the album, still bumping into each other on (almost) every track, one rapping, the other producing. This sense of coordination is further enhanced by the sequencing, which steadily alternates these combinations. Production-wise, “Champion Sound” holds together nicely, despite the unusual set-up. That is because in 2003 J Dilla and Madlib share the same outlook on hip-hop. Their aim is not to make the slickest, smoothest, or the most abstract, avantgarde beats. They don’t strive for cleanliness in sound like a Pete Rock would. In fact, their knack for soulful samples and hard beats may be reminiscent of Pete Rock, but they’re much more willing to give in to their play instinct. In a way, you could almost call them the rebellious sons of the Soul Brother.

Another quality they share with Pete Rock is the attention paid to drum programming. Sadly, the majority of people who put together tracks in hip-hop today are too quick to rely on pre-set drum sounds and patterns that play the most insignificant of supporting roles. Madlib and Dilla recognize that drum and bass are the heartbeat of hip-hop. This leads to a rawer sound, one we can especially congratulate Dilla on having found. His drums are still relatively tame, but now he at least adds bass and bump to them. The best example may be “The Red”, which pairs etheral voices with an overdriven bass. It takes a minute to get used to the combination, but you’ll soon feel as comfortable as Madlib who confidently quips in his laconic drawl: “Y’all niggas must be out of your head / if your system ain’t up to the red.”

With your system surely up to the red after “The Red”, be sure to catch the hilarious interlude that follows, where Jaylib hijack even ’80s synth pop in their quest for musical domination. Their shared confidence shows in the lyrics as well as the standout tracks. Madlib’s “McNasty Filth” is the perfect opener with its pounding horn stabs and Frank Nitty’s call “let me see you touch the sky / let me see you wave your hands up high!” Dilla’s “Raw Shit” is a multi-layered extravaganza bursting with all types of quirky sounds and a fuzzy bass that in the hands of other producers would surely swerve off track. But a stuttering organ and guest rapper Talib Kweli’s melodical voice drive this baby home.

Its title borrowing a phrase originating in Jamaican music, “Champion Sound” makes sure to give several nods to dub and dancehall. Take Madlib’s “Heavy”, where the bassline virtually drowns out everything else, or that break in the title track, during which a DJ dares competitors to challenge his champion sound. While Jamaica’s musical tradition has always influenced hip-hop, we regularly get treated to more short-lived trends in hip-hop production. Two of the most popular fads recently have been the sped-up soul vocal and the sample of the ‘exotic’ variety that geographically covers anything between the Far East and the Middle East. Surprisingly, J Dilla and Madlib aren’t immune to these trends. For “Survival Test”, Madlib lifts a Turkish flute, while Dilla pours a sugary sped-up soul sample over “Starz”. Both these tracks work because they have an inner balance and because they feature a raw rhythm section that commercially aspiring tracks would not be allowed to have. But take Madlib’s “Strapped” with its faint Arabic flute and Dilla’s slightly steeldrumming “Strip Club”, where they both use less potent drums and less prolific samples, and the harmony is gone.

Then there are the tracks that are too playful or experimental for their own good. Dilla’s “React” fittingly features Madlib’s helium-voiced alter ego Quasimoto, both jumping equally aimlessly around. Madlib’s “The Official” caters to another recent phenomenon, the Blaxploitation-era horn section. Dilla’s “The Heist” jacks a hard-bouncing bassline straight from Rick Rock without knowing what to do with it, and “Nowadayz” is both Dilla the producer and Madlib the rapper at their dullest. By far the gravest mistake, however, are the abrupt track endings. For a project that is so keen on sequencing and is full of short interludes, this is unforgiveable. I bet somebody is gonna run up and say that this is part of the ‘sound clash’ concept, but what it really does is make “Champion Sound” seem unfinished.

Maybe Madlib and J Dilla have become victims of their own busy schedules. But even if you expected more from this project, it’s a ride entertaining enough to stay inside for the entire 48 minutes. Clearly, even though the two would like to have you believe otherwise, people don’t check for J Dilla and Madlib because of their emceeing qualities, but they both manage to enhance the other’s beats with animated flows blending well into the musical background. Even with the addition of Talib Kweli, Percee P and Detroit rappers Guilty Simspon and Frank-N-Dank, “Champion Sound” isn’t an album for people who like to listen to lyrics. But neither does it make you wish for an instrumental version.