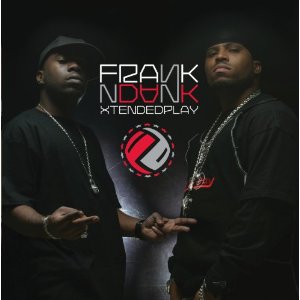 While many cry bloody murder over the widespread butchering of mainstream rap, few can dispute the fact that we are simultaneously living in a golden age as far as beatmaking is concerned. I find it hard to recall a time when the market was so saturated with talent. The Neptunes’ sonic bastardization of new wave synths and electro flourishes has erected new sonic borders for rap music. Timbaland’s polyrhythmic symphonies and Mannie Fresh’s deceivingly complex, instrumentally intricate compositions have injected considerable musicality into rap’s barren landscape. Madlib continues to push the envelope for cratediggers worldwide. Out of today’s crop of talent few excite me quite as much as J. Dilla, not only because his intergalactic funk odysseys (Jaylib’s “Starz”) and slinky soulfulness (first Slum Village record, Pharcyde) rank among some of my favourite compositions of all time, but also for the advancements he’s made for rap music. With Slum Village’s debut platter, Jay Dee and his partners-in-crime incited a micro revolution in the realm of subterranean rap, reconfiguring the ‘backpacker’ stereotype by breaking free of the humourless, self-indulgent philosophizing of much East Coast underground rap and delving into Bad Boy territory with paeans to loose women and automobiles. By melding these gratuitous tales of excess with Dilla’s bombastic yet sultry and sensual production, Slum Village’s Fantastic series effectively reset popular notions about underground rap, suggesting that the Muslim, socially relevant emcees can rock ice, too.

One of the names that remain inextricable from Dilla’s private revolution is Frank N Dank. With their Dilla-produced debut, 48 Hrs, Frank N Dank blazed their way through 10 or so tracks of unapologetic dance music, funnelling the spirit of the Cold Crush Brothers, Grandmaster Caz and Redman through Dilla’s futuristic, funkalicious kaleidoscope, a rambunctious affair that affirmed Dilla’s place at the top of the producer heap (it don’t matter how hot your club joint is, Dilla can do it better than you). As a strip club soundtrack for rap geeks, 48 Hrs. stands as one of the most riveting releases in recent years, espousing all the elements that have rendered Dilla such a phenomenon- a pimp-gloved, posterior-smacking potty-mouth who just wants to make all you jaded rap elitists get down on the floor. After his stunning foray with Madlib on the Jaylib record, as well as his remarkable solo EP, it was with feverish anticipation that I picked up this release, Frank N Dank’s sophomore release and first on a major label (bizarrely recorded and released by Universal Urban Canada).

To my initial dismay, Dilla’s presence is negligible on this record- he produces a mere 3 tracks on this 14 track compendium. While every facet of this record is aligned to Dilla’s crusade to merge gangsta rap and backpack boogie, Dilla’s elusive self is scarce on this album, allowing Frank N Dank to lend their debauched rants to a host of gifted producers, many of whom hail from the Canadian shores that Frank N Dank have found a second home in. Kemo contributes a true banger with “Wit F’N’D”, a mutant concoction of distorted Daft Punk bass and percolating percussion, while Saukrates is responsible for the monstrously infectious, radio-ready funk of “Nice 2 Meet U”. Elsewhere The 2Swift Household of local studio Needillworks helm a stratospheric dance party on “Sexy”, while Tone Mason justify their expanding Stateside clientele with the simmering, sweaty dancehall workout “Blaow”. In truth, though, the two true standouts of the record arrive courtesy of its most illustrious producers- Oxnard juggernaut Oh No, with the scorching admantium-clad electro freakout “My City” and the bhangra-on-amphetamine Dilla production “Let’s Go”.

If you’ve heard the first Frank N Dank record or the trailblazing “McNasty Filth” on the Jaylib record, you should already know what to expect as far as lyrics go- this pair of plump impresarios don’t sugarcoat their rabble-rousing, party-sparking intentions with elaborate wordplay, abstract extended metaphors or labyrinthine structures- this record is, as 48 Hrs was, fiercely devoted to the art of moving butts. That’s not say that Frank N Dank are incompetent emcees- they put on a tremendous live show and compensate for technical virtuosity with energy and frankness (haha, I made a funny).

If you are in dire need of a great party record but refuse to succumb to purchasing a Lil’ Jon record (and I don’t see why not) for fear of seeming too obvious, here’s the album that will have females on your lap and dudes jocking you for your superior musical knowledge. Front like you were up on 48 Hrs and get extra dap. In a rap climate typified by facades and pretence, this album is a refreshing listen- a throwback to simpler times when the likes of the Cold Crush Brothers and Mantronix were driven exclusively by the desire to fill a dance floor. Worthy of attention.