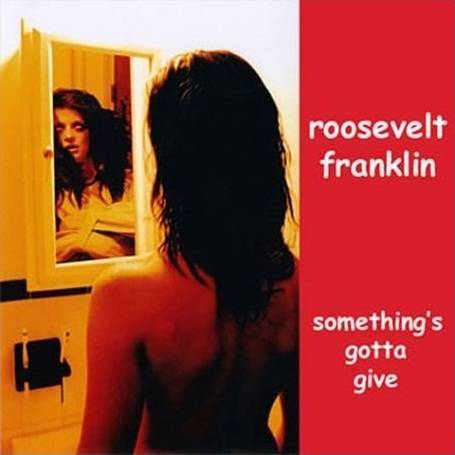 Allow me, if you will, to wax philosophical for a moment. Underground, as the word pertains to music, is generally a loose term. And since we’re using the term in the context for the review of a hip hop album, we’ll circumvent Mr. Webster altogether for this one, and defer directly to the undisputed T’cha himself, Mr. KRS-One, to derive a definition. KRS went far enough as to record a song called “Underground” on his recent Kristyles LP, and in it, he describes some of the many characteristics of someone who’s underground. Among these characteristics are: One who avoids thugged-out gimmicks in favor of meaningful lyrical content and one who goes against the grain.

Roosevelt Franklin certainly fulfills these two criteria, and thus, it’s safe to say they’re underground. It might be easier to decide they’re underground simply because they make music which is not aimed at the mainstream, and because the majority of hip hop heads probably have not heard of them. And while it is true that you may not have heard of Roosevelt Franklin as a collective, many fans likely remember the group’s component members: DJ/Producer Mr. Len, formerly Of Company Flow, and MC/Producer Kimani Rogers, formerly of The Masterminds.

All logistics aside, this album is by no means conventional. The first track, “Droppin’ Made Science, Yo” is an obvious satire of the run-of-the-mill monotony which is so pervasive in the mainstream today. Kimani’s rudimentary delivery is no mistake as he aims only to use “tri-syllabic words, regardless if he understands their meanings.” The sad part is that Roosevelt Franklin’s joke tracks are probably better than half of the tracks wannabes make in all seriousness. The jokes end though on “Lately,” a track on which Len chops up a mean, kicking drum and what sounds like an electric guitar playing just a couple of notes. Kimani is equally as ill with the mic skills:

“Lately, I’ve been feeling tired, drained, emotionally spent
I got bills out the ass, I got past-due rent
Motherfuckers try to tell me how to raise my kid
All my family upset over the life I’ve lived
Got these girls on the penis ’cause it can’t be had
Got emotional baggage I carry from my dad
Seein’ demons in my sleep, devil in my eyes
Hearing voices in my head that just won’t subside
Got these women mad at me ’cause the way things was
I got two years sober without smoking drugs
I got no tolerance for these bullshit clubs
And these braindead zombies walk ’round like thugs
Got apocalyptic fears like the world ‘gon end
With no innocence and balance, no God, no sin
It’s reverse Darwinism, it’s around the bend
Where these clones got created, so you sound like THEM!
It’s a fucked up world so I called up Len
Grabbed my pen, said ‘c’mon we gotta start again’…”

These observations are beautiful, stream-of-consciousness vignettes depicting life in the world today that so many of us can relate to. Kimani’s verbal roll is not broken because there is no chorus on this track whatsoever; it’s just straight illness-a la Canibus.

The southern-rock tinges of “Dave Winfield” make you “bounce to the beat,” just as the scratched-in vocals of the chorus instruct. The lyrical content is much lighter on this one as Kimani says: “We gotta unstrap cats from off the scrotum/and so I bust my raps so niggas quote ’em/I bust the shit so phat, the flow is bloated/your girl’s ass so fat, it looks exploded.”

Something’s Gotta Give is loaded with absolute keepers. It really is difficult to sit down and pick out which are the best. Normally, quotables are reserved for the sickest verses in the sickest songs, but being that Roosevelt Franklin tends to diverge from the “norm,” the sampled intro and original chorus of “S N M” are of particular interest. The intro is the voice of a well-spoken intellectual, stating plainly: “The message is very simple. Think for yourself, and question the authority.” The chorus then shows the duo’s intentions:

[chorus]
“Aiyyo it’s Smart Nigga Music
That’s how they label it
Like we should be ashamed just for saying shit
‘Cause the radio stations, they ain’t playin’ it”

Another satirical diatribe, “I’m So Rich,” features an absolutely addictive, upbeat, bouncy beat. The completely idiotic lyrics though, may have undermined the great beat because of lines like: “I’m so rich,” and “you gotta walk to school (Bitch!).” It is pretty funny, though. “Troublearth” is an eerie beat, sounding like a strange hybrid between the scores from American Beauty and Requiem For A Dream. As the title indicates, Kimani rattles off many of the bothersome troubles in today’s world:

[music starts]
“I never, felt as alone as I do at this moment
On a park bench with 8 million people around
This woman power-walks by in all black
her dark clashes
with the colored leaves all on the ground
I’m made aware of the tracks on my arm
The fear in my heart, the tears in my eyes
Feel I’m falling apart
Had these nightmares with wrestling
Smashed through the window panes
I woke up in cold sweats with visions of Kurt Cobain…”

The depth of these observations is so poignant that it’s only appropriate to say Kimani is a poet as much as he is an MC.

The Kurt Cobain reference is obviously not token as Kimani goes so far as to sing a verse-and does so with excellent pitch-from Nirvana’s “Where Did You Sleep Last Night” in the intro to “A Meditation on Why Love Sucks.” Naturally, the title makes the song sound goofy, but the beat is a “backpacker’s” take on Mos Def’s “Ms. Fat Booty,” and the lyrical content is not at all corny. Stylistically, “The Line” is one of the easier beats to pin-point as it is downright funky. The bass line is one of those that young hum along with every time you listen to it. This song too covers the topic of love, and does so rather successfully, the only drawback being that they approach the subject almost exactly like Jurassic 5 on their ode to plutonic love, “Thin Line.” Kinda makes me scratch my head.

“Kurt Loder,” sort of a throw-away-fuck-around track, would be altogether forgettable were it not for a hard rock outro in which Kimani screams, “Motherfuckin’ Kurt Loder tried to rob me at a Citibank ATM!!” It’s not Roosevelt Franklin at their best or most creative, but it’s different, so it holds your interest. The ‘childish’ beat (I cringe to say that because so many would kill for a production this creative) on “Muppet Love” really sounds like it was sampled from PBS. It’s the lead single on the album, and understandably so because it’s catchy in a I’ve-never-heard-anything-like-this way. You might find yourself laughing while you sing along with indelible hook:

Buried all the way at track number 15 you will find the track that by itself would make this album worth listening to. “Insomnia 411” features a four-chord progression pounded-out beautifully on a piano, accompanied perfectly by the thumping bass-kicks of the drum. Jean Grae and Slug drop by to recite some of the deepest verses in recent memory. Although the verses are downright moving in their own right, the chorus again may best explain what this songs is all about:

One word to say about this “Insomnia 411:” Wow. It’s easily the best track on Come Follow Me, and that’s saying a lot. Songs-hip hop, or otherwise-this touching don’t come along very often. Most recently, the late Johnny Cash’s cover of Nine of Nails’ “Hurt” comes to mind. Talk about getting everything right on one track; I can’t remember a song this on-point in regards to music and lyrics. In terms of raw conviction and passion, this track might be hip-hop’s answer to emo punk acts like Dashboard Confessional. From the silliest of the silly to the most heartfelt of heartfelt songs and everything in between, there’s something for everyone here. There’s politics, love, social-consciousness, and battle-oriented tracks on “Something’s Gotta Give.”

Neither Mr. Len nor Kimani Rogers revolutionizes their respective trades on this album, but they do an amazing job doing what they enjoy. You won’t listen to the beats and think you’ve heard the next Primo or listen to the lyricism and think you’ve heard the next Rakim, but both are truly unique in the best of ways possible. Chances are that a duo this deeply-rooted in the underground will go largely unnoticed, but that’s fine too; some groups just weren’t meant to garner the acclaim they truly deserve, just ask Gangstarr. But whatever you label it, be sure to label it damn good music. If you’re surprised by how good this album is, maybe you shouldn’t be. Both artists have received excellent reviews from RapReviews in the past with their former outfits. Mr. Len and Kimani Rogers, collectively known as Roosevelt Franklin, can add yet another ringing endorsement from RapReviews.com to their past ones, because I’m sold.