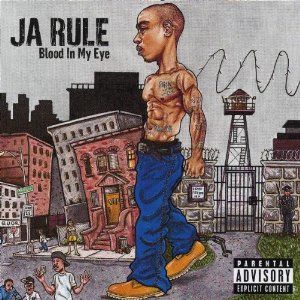 Lift up your nose and get a good whiff of what’s in the air around you. It’s musty. Like someone wearing a t-shirt full of flop sweat who hasn’t had a shower in days to boot. Like someone taking a crap in their pants when put in a life or death situation. Like a body that’s been left out in the open, with soft skin involuntarily peeling off. Does it stink? Does it make you want to wretch? Welcome to Ja Rule’s world. After a year plus of being called out by 50 Cent for imitating 2Pac, torn apart by Eminem in hilarious freestyles, and a general inability to effectively respond to their one, there’s another thing you can smell in his air – DESPERATION. The once proud king of crossover thug rappers is now looking down the barrel of career oblivion, and the well documented legal troubles of his label cohorts certainly aren’t helping. It’s not just that Ja needs another hit duet with Ashanti, he needs CREDIBILITY to get his respect back in the rap world.

The most dangerous animal is usually one that gets backed into a corner with nowhere to go, and with “Blood in My Eye” Ja Rule definitely comes out swinging. The response track “Clap Back,” which has been making the file-swapping and mixtape-making circuits for a while now, is the response most people have been waiting for. Of course, this is Ja Rule we’re talking about, so clever lyrical potshots full of double entendre and sarcasm are highly unlikely. What Ja can do though is use his gruff voice to threaten people menacingly, and he gives it his best shot here:

“Like Bush and Saddam, I’m a find out
Where Em Laden’s hiding and bomb him first
It could be much – worse, I could be hotter than yo scrubs
Mask and gloves, I’m hot to burn that ass up
I’d rather be bossed up, with a bunch of broads
The preacher’s daughter screamin out ‘Fuck the law!’
I probably struck a chord, with the Christians
But y’all got the freakiest bitches out of all the religions
And God gave me his blessin to handle my business
On these +Wanksta+ snitches, let the nina blow kisses
If she somehow misses, he gon’ meet the mistress
And +Clap That Boy+ like Birdman and Clipse
I got these niggaz all over my dick, like hoes
I’m the star at these shows, I must be as hot as they come
What’s the procedure with a gun in your face, when you got one in your waist
Let’s cock back nigga, air out the space!”

To Ja’s credit, it’s not that bad of a salvo, although it’s still not going to win the war. In fact, it’s going to be hard to convince listeners that 50 wasn’t right about him ripping off ‘Pac when he’s rapping with Hussein Fatal on four of the album’s tracks, quipping “like ‘Pac said, keep ya head up man” on “The INC is Back” and on “Race Against Time II” he even sings “la-da-di-da-de-dahh” in the hook a la “Hail Mary.” The irony won’t be lost on listeners up to date with the 50/Ja feud, since the best diss of the war to date came on Eminem’s remake of the Tupac original, replacing ‘Pac and the Outlawz with 50 Cent and Busta Rhymes. It also doesn’t help when your idea of a cute skit between songs to get even is to parody a Snickers commercial – apparently, 50’s bulletproof Hummer only comes in gunmetal or black. Ha, ha, ha.

The real problem though isn’t whether or not Ja wins the verbal war. He had to know from the start that trying to take out Shady/Aftermath verbally was like sending Hurricane McNeely out to take down Mike Tyson. Yes, every now and then a Buster Douglas pops up out of the woodwork, but that’s not happening on “Blood in My Eye.” In fact, it’s Ja’s singlemindedness about throwing ‘bows and blows that’s his problem. “Blood in My Eye” toughens up Ja Rule’s image, but the majority of his CURRENT fanbase could care less. While rappers like DMX cling to their hood credibility and wrap themselves in it like a blanket, Ja traded in and traded up ever since “Holla Holla” first went mainstream. Love him or hate him, you can’t deny that songs like “Always on Time” and “Between Me and You” were the template other rap/R&B duets tried (often unsuccessfully) to emulate and achieve his platinum selling success. As a gangster rapper Ja is only mediocre, but put him with Ashanti and give him a little leeway to sing-song a few bars a la Nelly and he rules (no pun) the radio e’ry time.

Musically, the beats are passable. Jimi Kendrix, Chink Santana, Rebel, Irv Gotti and even Ja himself handle the shit. Lead single “The Crown” featuring Sizzla has the kind of melodically menacing piano keys that will push it up despite having no females on the hook. “Niggas & Bitches” is BlackOut’s imitation of The Neptunes, while Ja’s hook is an imitation of Junior M.A.F.I.A., but you won’t be mad at either. The title track is tight, and the bonus track “It’s Murda” reuses an old Ja beat with a new Fatal contribution to good effect; while “The Wrap” borrows from Mobb Deep and gets another Hussein boost. It’s ironic that although given as throwaways, these songs show the most potential of the whole album. Fatal and Ja seem to have a natural chemistry (perhaps because they both idolize Tupac) and should work together more often. All things considered though, this short 45 minute album will not solve Ja’s problems, nor will it restore him to chart dominance. As hard as it may be to swallow, Ja should stop telling 50 to pull his skirt down and bring a few skirts IN to the studio to do what he does best – make pop music. The best kind of credibility Ja can get nowadays is not what the streets say, but how many times MTV shows his video. Without a good remix, none of these songs will stay in rotation long.