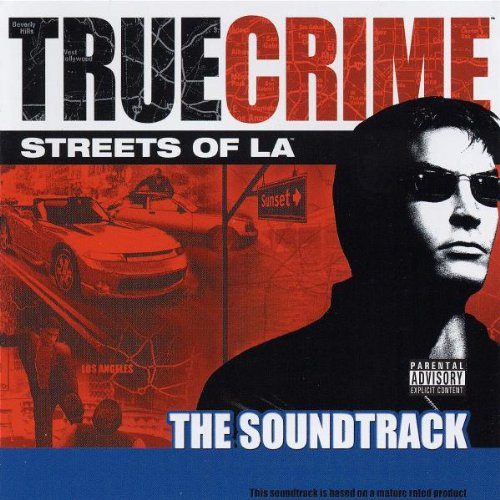 The popularity of violence in entertainment continues to be an enigma to crusty suit’n’tie wearing politicians and frumpy housewives who understand youth culture about as well as the President does Nelly – in other words, not a bit of it, ya hurrd me derrty? Trying to dictate to the masses that entertainment should only be spiritually and morally redeeming is about the biggest God damn waste of time in history. While no one advocates emulating the lifestyle gangster rappers advocate or the career choices that gaming icons like Max Payne and Tommy Vercetti make, reasonable people can agree that mature audiences enjoy these entertainments on a variety of levels. Whether a vicarious thrill ride, a safe release of inner frustration without more dire consequences, or a violent act so over-the-top it can only be perceived as fiction (and often comedy), entertainment and violence have walked hand in hand since mass media began. In actuality the entertainment of violence is as old as human history itself. Between you me, playing video games like “True Crime – Streets of LA” is far more civilized than standing around a coliseum screaming while hapless Christians are being thrown to starving lions by their Roman captors.

Since hip-hop and video games have both historically been willing to tread the deep waters of violence this world’s Tipper Gore figures would barely dip a toe in, it’s no wonder that as games become more cinematic they need a more gritty hip-hop soundtrack to enhance their pseudo-reality. “True Crime” is no exception, and Vybe Squad/Koch Records has worked hard to assemble an all-star team of hip-hop’s finest unrepentant G’s for an album full of pounding beats and themes too graphic for ears under the age of 17. That being said, parental advisories only work as well as the parents who are advised by them, so those who ignore it and buy either the game or this album for little Jimmy and then find it’s content shocking have only their own stupidity to blame. Rather than worry about them, let’s concentrate on what the soundtrack to one of the year’s most controversial video games has to offer a mature listener.

Things start out on a surprisingly smooth note with Snoop Dogg’s “Dance Wit Me.” Gold Fingaz mixed in samples of “Far Cry” by Marvin Gaye to make the track resemble a duet between the two artists, and Snoop even goes so far as to declare himself a nephew to the legendary slain singer. It’s a stretch of credibility but not of good music, since Erick Sermon has already proven the Marvin Gaye duet format gives rap songs a velvet smoothness that’s truly ear-gasmic. “Terrorist Threat” by the Westside Connection is the opposite – a Big Tank banger where W.C. declares “bitch I ain’t from the Taliban, I’m from the Nigga-ban” and the entire presentation rejuvenates a union of West coast all-stars not seen since “Bow Down” in 1996. In other words, it’s HELLA TIGHT. This is followed up by Suga Free, who reworks a funk-rap classic into “Don’t Fight the Pimpin’.” It’s nice to hear him do an entire joint solo instead of providing just a short cameo verse on some Snoop shit.

If you thought RBX was retired, his appearance with Warren G on “What U Wanna Do” will come as a shock. G’s self-produced beat is typical of his synthesized funk and well rounded bass boom, and Long Beach still sounds as fresh as it did when he and Nate Dogg first decided to “Regulate.” The “True Crime Remix” is this album’s first slip. Not musically, because Big Swoop handleds the low end of the ebonies and ivories nicely, but due to a roster of no-names where only Young Dre can be considered a headliner. “I’ll Do Anything” makes a much better statement. It’s a self-produced Damizza track with the sound of early 80’s funkateering and nice work by him and fast spitter N.U.N.E. that while not as memorable as the stellar beat, suffices quite nicely.

“Thug Night” keeps it popping with underground gangster rap sensation Jayo Felony, on the strength of his rap more than the underwhelmingly average beat of Da Neckbones. Big Swoop’s return on the Bizzy Bone song “Hollywood” is more than welcome, giving the high-pitched Bone-Thugster a beat eeriely reminiscent of the soundscape to “Scarface” (the Al Pacino version, of course). Swoop also provides the latin salsa to “Drinks in the Air” by Hollywood. Confusing? Hell yes. And I don’t care for the members of this group, who can’t make up their mind whether to be singers or rappers, with none of Nelly’s savoir-faire for smoothly slipping between both. “Don’t Do the Crime” will sound familiar to anyone who has seen the commercial for the video game though – yeah, it’s that pounding piano chord of doom brought to you by Caviar on the boards and the underrated rap veteranos Kam and Above the Law. The former’s opening verse puts down everything this shit’s about nicely:

“This is the game where everybody in traffic hates ya
So it’s rated M (why?) due to the graphic nature
State your nickname, hood gang, rank and bidness
Before we leave ya body stankin, you can’t get a witness
to who they thinkin that did this, it’s best not to know
If your name is on my shitlist then you got to go
Cross my path, you gon’ take a bloodbath AND a mud nap
I slug half of your mug back..”

West coast legendary music figure Battlecat provides an audio excursion for the Boo-Yaa T.R.I.B.E. on “Legends” that is almost too busy with different elements, but still listenable. It moves into the slow and smooth “They Don’t Know,” produced by AND featuring Big Swoop, who emerges as the star of this soundtrack as much as any individual contributor. His most impressive talents are behind the boards though – as a gangsta rapper he’s just average. “Flow” by Sly Boogy is more average overall – Boogy is a competent rapper but King Tech’s obviously wasn’t “Jackin’ 4 Beats” when he gave this up-and-comer mediocre funk. Swoop gets back to making banging beats on “This is How We Live,” another track full of no-namers where the only recognizable figure is Lil’ 1/2 Dead but the music still makes it a winner. The same can be said of his work for female rapper Soul Star on “We Don’t Stop,” although she shows the potential to be the West coast’s next Suga T on the M-I-C.

The final fourth of the album draws to a close with a strong set of songs. “Can’t Fuck With Us” sounds like an Eastsidaz track at first thanks to Big Tray Deee and a Caviar beat, but the guests are former Ice Cube proteges Short Khop and Threat, who both step up and knock it out the park nicely. “Do Time” is another Swoop beat, this time featuring Lil’ 1/2 Dead and the Pomona City Rydaz. He also laces up “Roll Wit Me” for the Young Billionaires, which is the only weak track in this section due to a bunch of wannabe Lil’ Romeos kicking junior G-flows not gangster enough for a game this hardcore. “Cali Folks” by the unknown Stylistik is much better, but the closer “Get it Crackin” by Lil’ Eazy-E is a bit confusing. Swoop’s beat is fresh as always, but is this really the song of Eric Wright? Well he is credited as “E. Wright” in the credits, but this must be the first time homey ever appeared on wax. He’s decent, and flows a little better in some respects than his father (R.I.P.) but doesn’t quite have his dad’s high-pitched charisma and pioneering gangsta rap style. Given time, he could get there. At 20 tracks and over 75 minutes long, “True Crime – Streets of L.A.” is deep with material, and as a compilation of gangsta rap could give collections like “Realest Niggaz Down South” and “West Coast Bad Boys” a run for the money. A few unknowns and some filler slow this one down in places, but for the MATURE fan of violent music and video games, this is an outstanding example of both.