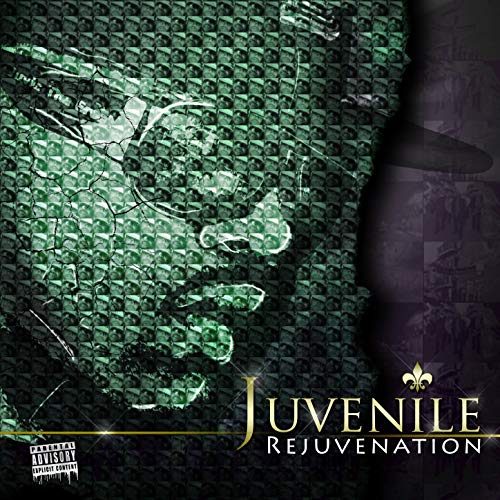 I’m going to go out on a limb and say this: YMCMB and anyone that currently reaps the benefit of their success owes a debt of gratitude to Juvenile. I’m not just saying that because Drake had the gall to put his own twist on Juve’s “Back That Azz Up” on his own “Practice,” but the sheer fact that Juvenile was the star that put Cash Money on the nationwide map. The Big Tymers, B.G. and even U.N.L.V. saw moderate regional success, but it was the inquisitive opus that is “Ha” that made people take notice of the New Orleans-based Cash Money Records. Just for kicks, feel free to read a questionnaire that a couple of my message board buddies concocted, based on the lyrics to “Ha.” Now, back to the matter at hand. The acrimonious split between Juvenile and Cash Money has been well publicized and documented over the years, so there’s no need to get into the details of it all. As time passed, the one they call Juve the Great continued to record and he actually landed his first #1 album with “Reality Check” in 2006, which reunited him with fellow Cash Money defector, Mannie Fresh. In a way, Juvenile became the unofficial spokesperson for post-Hurricane Katrina New Orleans with songs like “Get Your Hustle On.” Subsequent album releases “Cocky & Confident” and “Beast Mode” didn’t fare as well on the charts, but they remained true to Juve’s trademarked way of doing things… Tha G Code, if you will.

With all the business and personal woes that have plagued Terius Gray over the past few years, he, if no one else, is certainly due for a bit of “Rejuvenation.” This time around, the album’s guests include Rick Ross, Z-Ro, Trae Tha Truth, Wacko & Skip and Young Juve. Production is provided by the likes of Sinista, Drumma Boy, C. Smith, Stevie Drumma, S-80, Bass Heavy and Mannie Fr-Fr-Fre-Fresh. That’s right, Elvis Freshly and Juve are back together for the first time since the aforementioned “Reality Check” and of the albums fourteen tracks, five are Fresh productions. So after I carry the 1 drop the 4 and find the square root of 34, my public school education tells me that Mannie Fresh produced of 35 percent of the album. Sounds promising, right?

The process starts with the title track and the Rick Ross-featuring “Power.” On the former, Juve explains just where he is in life at the moment. He’s survived the drought, paid his dues and is now reaping the fruits of his labor. Grown man shit. The production has a triumphant feel to it and Mannie’s distant ab-libs in the background fit in perfectly. On the latter, Ricky Rozay–rap’s current golden boy, helps to explain just what it means to have power and influence. In short, it’s just like the old adage from hip-hop’s favorite gangster movie, “Scarface,” about money, power and respect. “Can’t Stop My Money” is fairly self-explanatory as Juve dares anyone to try and bring a premature end to his cash flow. In his continuing devotion to New Orleans, Juve has christened himself as Mr. Mardi Gras. On the track “Mardi Gras,” 808 kicks and rapid fire snares accentuate the track as Juvenile waves the bird at anyone who has a problem. He’s only interested in setting the party off. As is such, the following track, “Lost My Mind” is a free-for-all fiesta as our hero buys out the bar and tells everyone to get whatever they want to drink for the night. If the theme sounds familiar, Juve’s last album, “Beast Mode” has a song called “Drinks On Me.” Increasing wealth by any means is the name of the game on “Imma Get Fresh.” Whether it’s by selling Juvenile juice, owning a record company or selling headphones. Z-Ro and Trae Tha Truth both make an appearance on “Fall Back,” but it’s Juvenile with a few choice words for any would-be disrespectful fools:

“I’m in the streets and you hidin’
I’m hood as fuck and you cotton
I pull up with the yopper
And pop him, that’s how I stop him
Yes, I’m hated by many but losin’ is not an option
Take a baby away from a mother like an adoption
Treat em like onions and bell peppers, I chop them
You tryna leave out the building, I got you blocked in
You know a few a people, now ya thinkin ya locked in
If you don’t wanna see me in black, stay off the block then”

With the sample of James Brown’s “Blind Man Can See It,” Juve’s “Bad Guy” sounds like a mix of Das EFX’s “They Want EFX” and Jay-Z’s “Say Hello” from his “American Gangster” album, which isn’t necessarily a bad thing. The Sinista-produced “Aah Haa” is a testament of what it takes to attain success. What would a Juvenile album be without at least one song for the ladies who want to shake their asses? Fear not, this time around “I’m Yo People” does the the trick as Skip of UTP and Young Juve join the elder Juve in the pursuit of carnal pleasures. “Got It Like That” subscribes to the age-old belief held by some that “it ain’t trickin’ if you got it” and if they happen to take your girl in the process, Wacko, Skip and Juvenile don’t really give a fuck. The most out-of-place production comes from S-80 on “Still Here” and “Ain’t What You Want.” The former is typical relationship fodder that solidifies yet another long-standing belief that gangstas need love too. However, the latter is a perplexing, Auto-Tune heavy track that sounds like it was created strictly for the dance clubs and should have been recorded by someone like Flo Rida rather than Juvenile. It gets more tolerable with repeated listens, but I’m pretty sure it ain’t what I want. The album closes out with “Toast To The Good Life” which is a celebration of life and overall success. Put on your black suit and raise your glasses.

For someone who has been in the game as long as Juvenile has, it’s a feat in itself to still remain relevant without seeming dated or coming off as a bitter veteran, but he’s managed to do just that for the most part. Juvenile is proficient at selecting (and sometimes crafting his own) beats and for the majority of his career he’s been blessed with suitable production, but I think that most people would be inclined to agree that Juve’s at his best over Mannie Fresh tracks. It was refreshing to hear the two legends working together again, but the other producers hold their own as well. Juvenile’s southern drawl and seemingly natural charisma have been heavy contributors to his success for all these years and while he need to replenish himself on other fronts from time to time, he’ll never be low on those.