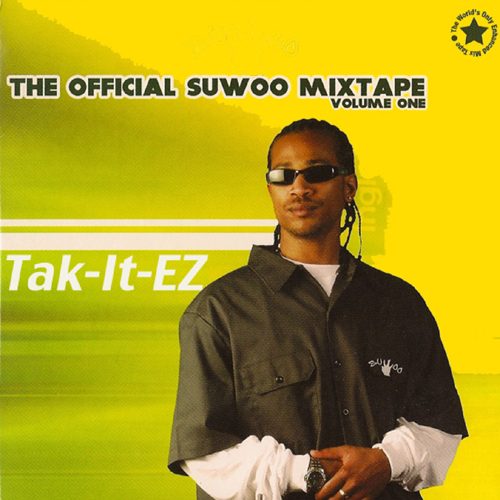 At first I thought this was a mix tape of songs from various artists, but by the time I got to the third song I realized that it was only a “Mixtape” in name, for the entire album is performed by one Lil-Tak-It-EZ.

Let’s get it out of the way. The production by Aquabugie is reliant on keyboards, but every now and then you might hear a Joe Tex or James Brown sample squeeze its way through. It works when it works, but then you have a track like “Abadnego” where the use of sitars are just… wrong. It probably tries to cash on on the trend of using sounds from India, but then you do that with lyrics that doesn’t quite match with the music:

“Let me fingerbangin’ their coochie with dick in they throat
gotta ball, homeboy, but that’s how it goes
you know how we do them strippers in the club
gotta go up in it and show a lotta love
and bitches work they ass off, and they dancin’
and they prancin’, baby I’m romancin’
I try to take one home, she turn me down
it’s all to the good cuz the nigga gone now
now I’m blown up, I’m a superstar
and the bitches wanna see who they fuck in the car”

Mix that with a corny chorus that refers to the Biblical characters of Shadrach, Meshach, and Abednego, and one wonders what was the point behind this song. I’m not religious, but it seems somewhat odd to talk about booty cheeks and three guys who came out of the fires of Babylon. It tries to be catchy for the sake of making big and bold references, but when you sit down and decipher them, it’s not too intelligent.

The guy has a decent flow, but it goes to waste with songs that should have never escaped the pages they were written on. It’s obvious that one of Lil-Tak-It-EZ’s biggest influences is the late Eazy-E, but he had wit and humor. Lil-Tak-It-EZ doesn’t have either. I like a good sex rhyme as much as the next man, but listen to a group like the Geto Boys or Too $hort, the masters of everything that is nasty. A good and effective rap song doesn’t involve saying keywords in the hopes of hooking a few fans. Maybe intelligence doesn’t hook fans the way they used to, but I demand and expect that from any rapper. I would suggest either taking time to learn the art of writing a quality rap, or have someone ghostwrite for him.