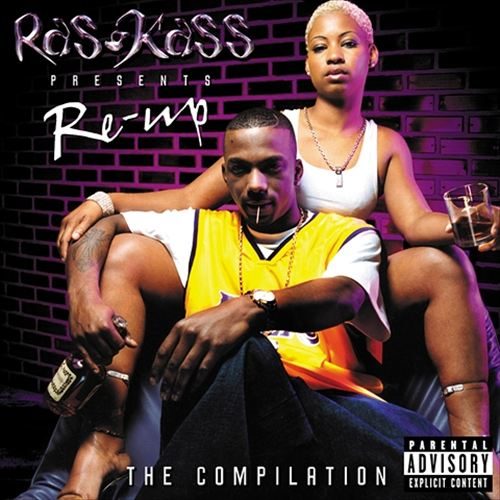 There are some hip-hop fans who would buy any album with “Ras Kass” mentioned on the front or back cover on the strength of that alone. There are far more who have no idea who Kass is and couldn’t care less, even though he’s an eight year+ veteran of the hip-hop music industry. In a sense it’s mind-boggling. Priority Records inked a deal to put Ras Kass records on store shelves, and when he was first signed in 1996 they didn’t come hotter than Ras. In fact John Austin, who derived his rap nom de plume from an African king, had to re-dub his hometown of Carson, CA as “C-ARSON” when his incindiary “Won’t Catch Me Runnin” backed with “Remain Anonymous” single hit stores. The B-Side in particular was in the “quotables” of hip-hop magazines everywhere, and Ras Kass went from an obscure historical figure to the name on the lips of every underground rap fan.

When his solo album “Soul On Ice” debuted that fall, critics panned the beats and ignored the ferocious lyrical skills, hilarious punchlines, and deeply personal narratives found within. To be fair the music could have been better at times, but the smooth flow and loquacious vocabulary of Kass were unsurpassed. Upset at his meager sales debut, Priority attempted to re-introduce him as a more “gangstafied” rapper with 1998’s “Rassassination.” It did sell better thanks to crossover hits like “Ghetto Fabulous” featuring Dr. Dre and Mack 10, but left many of his original fans feeling betrayed and sold out. His third album “Van Gogh” in 2001 was to mark the return of the lyrical phenom to his roots, but Priority didn’t like his shift in focus and shelved it – bootleg MP3’s are all you can find. Ironically this is true of much of the best Kass music that exists, as on songs like “Understandable Smooth” where he recorded red hot raps over a Anita Baker loop that couldn’t legally or financially be cleared.

Ras Kass has been on the run ever since – from nagging legal problems, from a bad record label contract, and from his failure to succeed at being recognized as one of the greatest rappers alive today. In 2003 though he popped up long enough to lend his name and some vocals to “Ras Kass Presents Re-Up,” a compilation that mixes West coast and East coast MC’s at times but still has a largely California feel to it. Kass himself doesn’t show up lyrically until the fourth track “Hood to Hood,” featuring 40 Glocc and Memphis Bleek. Not surprisingly, Kass completely steals the show in the second verse:

“Yeah – I signify for C-Arson (C-Arson)
That’s the city North of Long Beach, Southwest of Compton
It’s whassup cuz, or whassup dawg, TA-DOW!
Wretched with +Methods+ to +Man+ murder, like TI-CAL!
Niggaz fiend the impossible dream of, bottomless cream
and ball money and the platinum voice
But the funny shit is, just give a nigga 5 G’s
a few bitches a luxury car and the drug of his choice
Then watch him play his-self, you ain’t John Gotti
Watch me sip sake then order the world BEFORE Illuminati
You couldn’t possibly stop me – we run in packs like a school of pirahna
Constrictin on anacondas”

Produced by Re-Up Entertainment, the track has the typical flaw many released Ras Kass songs do – a passable beat that’s not as hot as the rapper that’s on it. This gets even worse on the follow-up “Fuck Wit Us” pairing Ras Kass with the no-name Michelobe, who sounds like a bad mixture of Mack 10 and Ras together without being as good as either. The relatively lackluster presentation of the album to this point is finally bailed out on “Bend a Corner,” produced by and starring Kon Artis of D-12 – the kind of phenomenal collaboration that not only ups the ante for the album but proves Priority Records completely missed the chance to market Ras Kass as underground AND crossover at the same time without alienating either one. This is followed by the surreal sounds of “Billboard #1,” where Kass ponders success on the charts:

“Wednesday afternoon, got a call at twelve o’clock
that on Billboard R&B charts, Tyrese just dropped
from #1 to #2, he said guess who – debuted at #1? (YOU!)
Dream come true, owner of my record label
congratulatin the money I’m bout to be makin
Asked me to come in at 4:10
Had a icey chain with my name and a 600 Benz
All about the Benjamins, BDS I’m up to 30 thousand spins
Publicist told me Spin magazine wanna do an interview at Endochine tonight
Overnight, superstar of the spotlight
Eatin dinner next to Tom Cruise
Gettin props from Trackmasters and Ja Rule
In between some bomb food, baby momma actin mad cool
Used to act a God damn fool
Like ‘Ain’t no future in this rap shit!’
Now she beggin for backstage passes to Summer Jam
I laugh, people in the streets come up askin for autographs
Women seem to offer me ass {*cause I’m number ONE!*}”

It’s a rapper’s dream come true – the cover of every magazine, photo shoots for clothing and jewelry, even getting “25 G’s a verse now” since “every R&B singer with a remix payin the fee.” As the song continues though, Ras reveals the hidden price for success – overexposure, becoming a parody of yourself, and even being “mocked by Eminem as too feminine” for your chart topping hits. Suddenly the new album flops and the record label owner ain’t returning his calls any more, and just like that he goes from #1 to being the first one out the door. It’s this wry irony that makes Kass such a phenomenal rapper – obviously peturbed by his own lack of platinum plaques yet warily aware that fame can ruin you overnight.

With his rap skills uncontested on this underground compilation, he can link up with any big name of hip-hop and do a fabulous combination, provided the right beats are supplied. The Poli and Ras Kass co-produced “That’s Gangsta” featuring Kurupt, the Battlecat bounce of “4 Much” with everyone from Bad Azz to Nate Dogg and Rash in the mix, and the Joey Brown laced “Disenchanted Hero” which has Ras lacing up the track with Xzibit are perfect proof of this theorem. Unfortunately the latter is also a reminder of another Ras Kass project that fell through – the highly anticipated “Golden State Warriors” album featuring these two rap warriors in combination with Saafir the Saucee Nomad, another West coast MC who was repeatedly slept on in the 1990’s.

There are plenty of surprises throughout “Ras Kass Presents Re-Up,” such as even “Overnight Celebrity” himself Twista appearing on the song “Showin’ Out” under the guise of Tongue Twista – his original rap moniker back when Guinness Book of World Records dubbed him the fastest MC alive. He probably had to use it for legal reasons to appear here though, just like calling his a “compilation” put together by Ras Kass bends the truth a little. For all intents and purposes, this is his album. Sure there are songs that don’t feature him: “Don’t Ask Me” and “What Do You Want” right at the start, and tracks like “Skitzo, Psycho” and “I’m That Gangsta” spread throughout, but they offer little musically and much less lyrically, especially compared to Ras Kass himself. Essentially what they do is no different from taking a bowl of punch spiked with vodka and pouring two gallons of water into it – they dilute the buzz and make it harder to get a good hit off the good shit. The overall score for this album reflects on this effect, and not on the talented Ras Kass as an artist in any way.