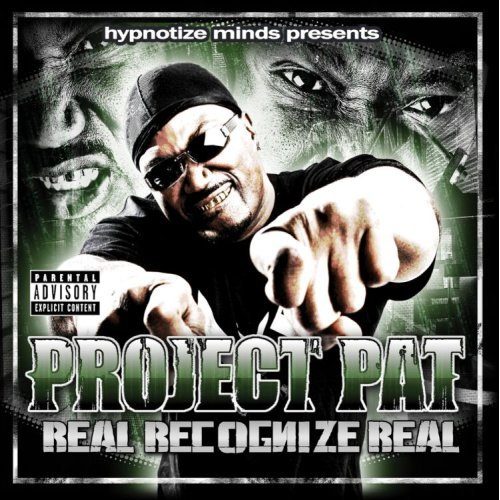 Hypnotize Minds releases have always sort of abided by their own rules, drawing inspiration from their southern rootage as well as soaking in the artistic vision(s) and the rock ‘n roll attitude of their masterminds DJ Paul and Juicy J, which secured them support from a loyal fanbase. That they not only accumulated the expected cult following but also attracted a considerable number of casual listeners and even mainstream media attention speaks to the appeal of their music. As other rap empires dissolve into larger conglomerates or diversify to a point where they lose their identity, Hypnotize Minds, helmed by these two patrons, is the rap equivalent of a family business. Disputes were inevitable, but from an entrepreneurial point of view, the Camp remains a sound investment.

As a direct relative, Project Pat, brother of Juicy J, was never out of the picture since making his national debut on Three 6 Mafia’s “World Domination: Chpt 2.” Family certainly didn’t fail him when he was emprisoned in 2001. Since he is back on the streets the rate of his releases picked up, “Real Recognize Real” being his third album in three years. By now Pat is completely at home on 3-6 tracks, handling the newer, orchestral compositions and the traditional, darkly painted canvases with equal aplomb. Last year’s single and album opener “Keep it Hood” sees him put his own pace to the O’Jays-sampling beat, making sure his flow has a melodic and rhythmic quality. It might not be the most refined, but it gets the job done, particularly in view of the subject matter. Likely inspired by the Mafia’s ‘Hollyhood’ adventures, he professes how he’s “gon’ keep it hood” and vows to stand as firm as a rock: “I ain’t compromisin’ with no judge; I ain’t stutter, though / Others, though, wanna back down; I’m fightin’ till the end.”

As expected, the tone soon gets darker with “Slick Hater.” Next to “Keep it Hood,” this one could easily be a decade old with its clinking percussion and pretend ominous keyboard strings. The following “Catch a Hot One” is more inspired, an atmospheric piano and plucked strings lending credibility to Pat’s lyrical thug motivation:

“I never told on a nigga, did the crime, did the time
never folded on my niggas, did a line, shot the nine
(…)
I’m about dead presidents, talk’s irrelevant
gettin’ your head blowed off, that’s how we gon’ settle it
(…)
Never back down, don’t accept defeat, nigga
If they knock ya down, jump right back on your feet, nigga
When they talk beef, stay strapped with the heat, nigga
To hell with rappin’, we can settle this in the street, nigga”

Project Pat is not only a walking, talking code of the streets, he’s also a fairly original wordsmith if he wants to, which is more than you can say about more rappers than we would like to admit. People are quick to laugh at what they perceive as ignorance, often even dismissing the possibility that a rapper isn’t unintentionally funny but intentionally ignorant and thus intentionally funny. Evidently intentionally funny isn’t necessarily, well, funny, and so “Pogo Stick” crosses the thin line and ends up being plain annoying, whereas “Bang Smack” grabs your attention with odd, rolling percussive effects before the topic gets the rapper’s creative juices flowing:

“Bang-bang, skeet-skeet, parked in the back seat
Kush got me high, brains from the neighborhood freak
Sweep you right up off your feet, Prince Charming, fairy tale
You heard I was a dog, I’ma work with your scary tail
Take ya on a date, eat and drank and be merry
I’m tryina get you drunk and high, box out your cherry
I’m strokin’ long and hard, makin’ sounds of a plunger
Pkcha, pkcha, pkcha, pkcha, pkcha – like a plunger
And when I pull it out you gon’ shoot just like a oil well
shakin’ like a earth quake, put this snake on your plate
and watch your mouth eat my snake up like a mongoose
Presidential head, blowin’ smoke through the sunroof”

Pat’s negligence is evident when he rhymes ‘plunger’ twice because a) he either meant to say ‘plumber’ in one instance, or b) he failed to come up with the obvious combination ‘plunger’/’plumber.’ Still Pat is a better rapper than both OJ da Juiceman and Gucci Mane, unproductive guests on “Keep it Hood” and “Bang Smack,” respectively. That doesn’t prevent him from adding to the catalog of mundane HCP tracks, among them “Gold Teeth” and “Dats the Way You Do It,” both suffering even harder from their repetitive hooks than the rest of the material. Then again, business as usual is part of the deal here, just check Pat’s update on Triple Six’ early track “Nine to Yo Dome,” “Choppa to Ya Dome.” Still, some songs just work better than others, such as the off/on relaxed/suspenseful “I Be Fresh” with the type of witticisms in his lyricism with which a naturally limited rapper like Pat can score: “We rock so much ice, it’s like we been in a blizzard / A street nigga with some brains, guess I seen the Wizard / I try to holla, mane, her breath smell like chicken gizzard / I’m so fresh, hoe, I’m actin’ stuck up on you lizards.” At the opposite end we have “Dead in the Streets,” a somber reflection on the perils of street life laced with forceful imagery:

“Two thangs you never plan on – jail and death
Be out here slippin’, lil’ pimpin’, best prepare yourself
Beware of death, watch your step, could be around the corner
Bullet hit you in your temple, now you’se an orgon donor
Cause the streets don’t care, it’ll drink up the blood
Shells on the concrete, body slumped in the mud
Police came to the scene tryina find a witness
Detectives with they gloves, those inform forensics
But they never caught the crook and they never solved the crime
Turned to a cold case, so I never did the time”

The album ends on a strong note with “Stayin High,” as once again the musical atmosphere triumphs over any lyrical shortcomings. As usual Paul and J conclude the album with their post-production sounding-off. They do so on a historic day, on 11/4/2008. Obama’s victory is the main subject of the “Real Recognize Real” outro, and both their comments and the – largely solid – album they produced during the campaign months make it obvious that in terms of their approach won’t a damn thang change for Hypnotize Minds, for better and for worse.