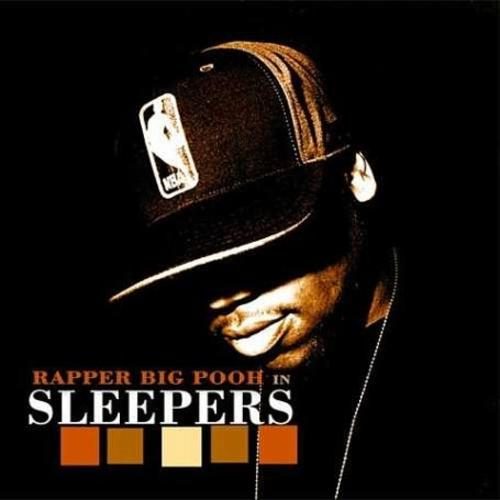 Quiet as kept 2003’s “The Listening” by underground group Little Brother as one of the year’s hottest albums – if you could find it. There are very few albums that pass through the RapReviews archives that ever merit an overall score above 9 let alone a perfect 10 across the board (for all those who have been asking a “9’s and Up” web page is coming soon) but “The Listening” exceeded even my somewhat modest expectations of freshness. Quite frankly I was blown away. 9th Wonder’s beats were unheralded masterpieces, and the raps of Big Pooh and Phonte dropped more gems than a drunken jeweler at DeBeers. Whether or not the album ever reached gold status in record stores (poor distribution probably held it back) the critical acclaim Little Brother received made them international hip-hop icons with a hectic touring schedule as a result. Success comes in all different denominations, and the triumverate flourished on the wealth of live shows as they cashed in their “next big thing” status.

Although a follow-up Little Brother record may be highly anticipated, heads are going to hve to wait for it a little bit longer. In the interim Big Pooh is dropping his own solo debut “Sleepers.” Largely produced by Khrysis and 9th Wonder (with one track apiece by Big Dho and Nicolay) the album is as smooth as a shot of Maker’s Mark and just as likely to inebriate you. From the funk jiggy bounce of “I Don’t Care” with scratches by DJ Flash (no relation to me I’m afraid) to the warm jazz melodies infused into “Heart of the City” to the highly infectious head-nodding of “Live Life,” there’s no shortage of dopeness to go around. Each song is like a fine chocolate, and pressing play is your chance to unwrap it and savor the taste. And since it’s Big Pooh we’re talking about here and not Winnie from 100 Acres or the West coast DJ known for rolling with gangsta shit, you can expect lyrics that are witty, intelligent and articulate. Peep the linguistics on “The Fever” for example:

“Somebody give him some Vicks, a hot mug fulla TheraFlu
Tylenol to rem’y the sick
They say the cure yo it doesn’t exist
I’ve been known to be prescripted, hand to hand to handle the fix
A contraband landed me on the list, wanted issue
Phlegm rip tissue, I pocket the set
Diagnosed a disease that’s been given to vets
I’m a hero out of town and come home to threats
Complex man divided my soul ignited
‘mmune system built up I’m prepared to fight it
Write it down, recite it, or come off of the top with it
Script in my palm, we carry along, now rign the alarm
We cain’t save him
35 millimete film has become rest havens
Shit’s funnier than Wes Craven, I thought my nigga told y’all
More deletin and less savin, let’s get ’em”

Over time Big Pooh’s style can remind the listener of Black Thought, or more accurately Black Thought from 9-10 years ago when he still sounded energized and lyrically sharp as opposed to being beaten down by the relentless negativity of the music industry and the shelving of his solo album. Pooh’s guest list is not long but it reflects both his underground status and desire to be the fattest: “Every Block” features Phonte, “Now” features MURS, “Scars” features Joe Scudda and Median, and so on. As great as “Sleepers” is on it’s own, it only suffers in comparison to “The Listening” itself. There was something undeniably fresh about the union of Pooh with Phonte over an entire album, with 9th Wonder truly living up to his name in production of great sonic works. Big Pooh proves on “Sleepers” that he’s more than capable of holding down a solo album, which a lot of great artists from great groups have not been able to do (Q-Tip and Phife Dawg come to mind), and that’s definitely a plus in his favor. If you’re a fan of Little Brother or even if you’re not, be on the lookout for “Sleepers” and don’t wait to see if the distribution is better than “The Listening” was if you can’t find it – get online and order it.