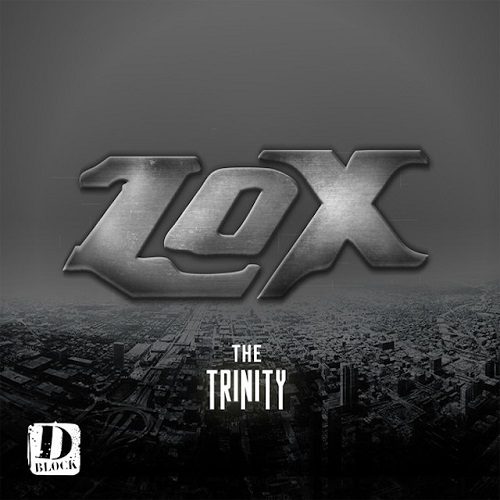 The LOX :: The Trinity EP

They’re baaaaaack! Styles P, Jadakiss and Sheek Louch return to the group name that made them in the first place. There’s no Ruff Ryders features or D-Block affilates here, the only guests are of the singing variety from Tyler Woods and Dyce Payne. There’s even an early 2000s feel to the production that sounds like it came straight off of Styles P’s “Gangster and a Gentleman” album. It thumps, and with Sheek’s cocky demeanour all over “Talk About It”, I can confirm that this is a return to form. Some would argue that they never lost it, Sheek arguably put in his best solo performance on “Wu-Block” which actually wasn’t a solo performance (Ghostface killed that shit too). Styles P has been killing guest verses for YEARS yet his latest albums have been short, shoddy efforts seeing him stray in to the ultra-hard sub-genre of horrorcore.

Jadakiss has kept relatively quiet since “The Last Kiss”, presumed to be his final album so it is his verses on “The Trinity EP” that gain most interest. Jada somehow sounds MORE nasal the older he gets, like rap’s Chief Wiggum, and his cockiness shines through most on “Talk About It” where he states he isn’t even a rapper but a crook that flows. Sheek delivers perhaps the most on-point verse of the short yet sweet four-track EP on the same track where he admits he “been had money but never had the sales.”

We discover that Styles listens to Janis Joplin on “Love Me or Leave Me Alone”, but I found Jada’s verse is disappointingly short. Sounding croakier than he ever has, it shows that he hasn’t been releasing music as regularly as Sheek or Styles. “Three Kings” is a decent enough attempt at brag rap but is let down by a whiney hook from Dyce Payne that doesn’t really match up to the lofty status each emcee proclaims to have. It’s a strange decision, as while I can imagine this song playing in a club, the hook isn’t exactly one for the ladies (“You’re fuckin’ with the three kings” repeated over and over).

The L.O.X. never were actually that great, they dropped two decent albums in “We Are The Streets” and “Money, Power & Respect” but they both sound very dated now. “The Trinity” is actually mildly refreshing and confirms that hip hop and R&B can still come together effectively without feeling forced. Jadakiss may sound a little rusty but Styles P and Sheek in particular ensure that while New York may not be AS relevant at the moment, the millions of rap fans that bought their records ten years ago will be happy with this long-awaited return.