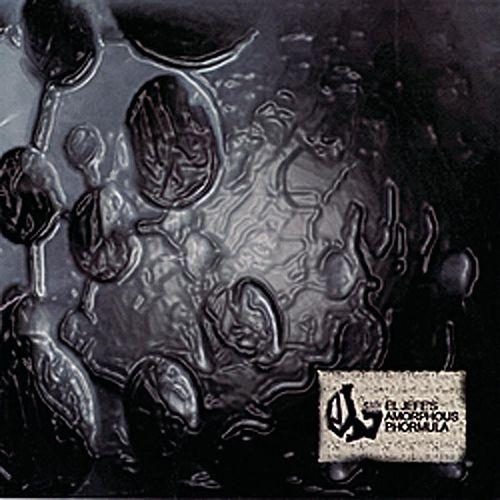 Most outsiders’ complaints about hip-hop are something to the tune of “it is so negative” or “it all sounds the same.” While the average fan of hip-hop is probably sick of hearing comments on their chosen allegiances, it must be recognized that to a certain extent, your average baby-boomer’s opinion carries some truth. Acts of vandalism such as P. Diddy’s re-recycling of the sample from “Ready Or Not,” have become quite commonplace. It goes without saying, as well, that the D.A.I.S.Y. Age and similarly upbeat movements have passed. Occasionally there is an album, such as Blackalicious’ “Nia,” that achieves this lost fusion of originality and positive themes, but these have been appearing with less and less frequency since the days of “Bonita Applebum.”

It is fitting, then, that the next group to spin something different wouldn’t necessarily qualify as hip-hop at all. Santa Barbara’s own El Jefe brings actual instrumentation and heavy outside influences to their debut, “Amorphous Phormula.” They have been around the block numerous times, opening for such acts as KRS-One, but this marks their first stab at recorded sound.

A laid back intro, entitled “3 Years on the Boat,” introduces the six-man group to the world. A combination of well-placed vocals and weighty horns ushers in “Elements,” an airy track that outshines the emcees that it exhibits. An exceedingly pleasing instrumental explosion that takes place during the hook provides the song’s pulse. The tone of “Amorphous Phormula” is set here, with layered instrumentals and simplistic rhyming that breaks down no barriers.

“1/2 Self, 1/2 Expression” follows, with subdued guitars and a restrained pace. In this case, the contemplative mood doesn’t fit with the otherwise upbeat rhymes on the rest of the album. The aim here is to create some sort of serious thematic element to the disc, but this fails. El Jefe makes self-professed party music, and amongst the rest of “Amorphous Phormula,” a concept song just does not sit well. Musically, it is sound, and doesn’t disrupt the flow of the album. The preaching just isn’t necessary in this case.

El Jefe’s debut moves along at a brisk pace, as the textured production brings the music to life. “O’s and Flows” features an outstanding hook in which the words are married perfectly to the track. Just like on the rest of the album, melodic horns and catchy guitars contribute to the excellent production values. On “Nature’s Signs,” they adopt a heavier sound, with relative success. What results is more of a rock song than hip-hop, but the emcees feel right at home rhyming on the amped-up drums and guitars.

This crew will never be known for their lyrics. Occasionally abstract, the rappers mostly stay within the party-music mold. It is refreshing to hear a lack of objectionable subject matter, but nonetheless, they are mostly concerned with people moving their butts. There isn’t necessarily anything wrong with that, but it detracts from the disc’s replay value. The lyrics just never really step outside of the shadow cast by the instrumentals. While certainly not terrible, they are simply content flowing along with the rich beats.

The cream of “Amorphous Phormula” is the music. The “Phormula” is not too complex, just a bassist, a guitarist, and drums. What this does, though, is unify the music of the entire album into one continuous work. At times, it approaches monotony, such as the closer “Molasses.” Despite this, pleasing tunes abound, and “Amorphous Phormula” must be considered a success because of that. The fact that they are jamming on their own instruments, instead of sampling others’, makes El Jefe far more intriguing.

One gripe worth mentioning about this album is the length. It is only 13 tracks deep, and 5 of those are interludes and intros. There is a lot of notable music, as the lead single “Reflected Deceptions” will likely tell the world, but the freshness with which it is executed will just make you want more. In addition, several spoken-word skits disrupt the rest of the album.

Those who purchase “Amorphous Phormula” should know what they’re getting. From a lyrical standpoint, El Jefe doesn’t offer anything new, but they certainly don’t scream with wackness either. The scattered abstractness and party themes aren’t much to hear, but luckily the emcees are content with taking a backseat to the music. The actual instruments (somewhat of a rarity in hip-hop) exude depth and freshness, and are what makes “Amorphous Phormula” tick. If lyrics are your thing, pass this by. If you think you’d like something refreshingly different however, give El Jefe a try.