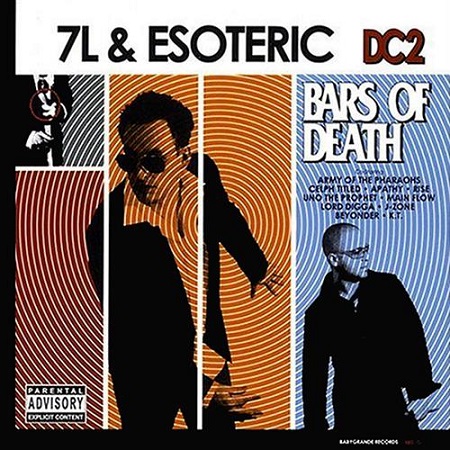 Boston. There are few cities in the United States whose name is so instantly evocative as Boston. On a casual examination one might think of baseball (the Red Sox) or foods like clam chowder. Beyond that lies an astounding depth of charm and character. It’s history spans five different centuries, and it has played a pivotal role in the political history of the U.S.A. since the early days of the Revolutionary War. The greater metropolitan area around Boston is also home to both America’s oldest university (Harvard) and some of it’s finest, M.I.T. and Boston College among others. The latter may in fact prove to play a pivotal role in history again, as it can count John F. Kerry as among it’s alumni; and it’s certainly no coincidence that the 2004 Democratic National Convention is held not only in Kerry’s native Massachusetts but in Boston itself.

Ironically it may be this very history and culture which causes Boston and the surrounding metro to be overlooked as a mecca of hip-hop. While New York is known as the birthplace of the culture and arts, Los Angeles is known as the place that reinvented it, and cities from Houston to Chicago have been recognized for the wealth of talent and the major rap stars to hail from them, Boston is shamefully overlooked. There’s no shortage of quality rappers who call the area their home – GangStarr’s own Guru hails from Boston, Ed O.G. has been making records for a decade, and a thriving underground scene includes artists like Mr. Lif, Akrobatik, and 7L & Esoteric.

Like their native city, 7L & Esoteric have a long history together – at least by comparison to the fickle nature of partnerships in the music industry. They’ve been working together for over ten years and in that time have released a plethora of singles, the EP “Speaking Real Words” and the albums “Soul Purpose” and “Dangerous Connection.” In that time they’ve not only cultivated a strong following in and around the East coast of the U.S. but with hip-hop fans around the whole world. Other than Pete Rock on the wheels and C.L. Smooth spitting rhymes, few duos sound as natural together as 7L & Esoteric do. Esoteric paints cinematic pictures verbally, from battling for his sanity in a psychiatrist’s office to seeing himself going down in a plane on September 11th, 2001. 7L produces the beats and spins the wheels, matching almost perfectly with Esoteric’s concepts and topics.

Released as a sequel to 2002’s popular “Dangerous Connection,” 7L & Esoteric’s “DC2 – Bars of Death” has no shortage of expectations for excellence in execution. If this were the 2004 Olympics in Athens, those bars would indeed be set high, but perhaps it’s more apt to reference pro wrestling. Some might say this is a shameless plug for my new website TheAngryMarks.com (and it is) but there’s really nobody to call to task but the group themselves if you want to beef about it. The second track on their new album is called “Ring Music” and the vocal samples found throughout it are from the legendary wrestler Dusty Rhodes. While wrestling promotions have been trying to shove a connection between pop music (Cyndi Lauper) and rock music (Smashing Pumpkins) for years, pro wrestlers have been “rapping” on the microphone since the 70’s.

Take Superstar Billy Graham for example: “I lift barbell plates, I eat T-bone steaks/I’m getting sweeter than a German chocolate cake.” Mr. Perfect had a rap song called “I’m Perfect” on WWF’s “Wrestlemania” album. And of course these days there’s John Cena: “We dominate your conference with offense that’s no nonsense/My theme song hits, get your reinforcements!” So it’s no surprise to hear 7L & Esoteric sample Rhodes, who often referred to himself as “The man of the hour, the tower of power, too sweet to be sour.” Even commentators in the day (perhaps not meaning it quite so literally) said he spit “the working man’s rap.” Quite honestly if you had your eyes closed and were half drunk, you’d think he was a black man from Louisiana instead of a white man from Texas. His accent is as thick as pancake syrup, and he talks trash as well as any braggadocious rapper there’s ever been:

“I want you to take a look, at what will happen to you
The next time, you step in a ring with me
Because, as we start to watch this thang
I, am the legend, YOU, are the man
And there’s a MIGHTY big difference between the two!”

There must be something in the water in Boston, because other than New York’s own Wu-Tang Clan (GZA once said “my style broke motherfuckin backs like Ken Patera”) nobody puts more pro wrestling references into hip-hop than Bostonians like Akrobatik and Esoteric. If the song is called “Ring Music” and the track samples Dusty Rhodes, the implication for the duo is clear – like pro wrestlers they want to meet their opponents face to face and beat them decisively. Lyrically Esoteric has the strength of Hulk Hogan:

“It goes one for forensics, two for the shells
Three for my DJ known as 7L
E-S, I’m back and overt, crackin the earth
Lyrics, lift your spirit like jackin a hearse
The boy’s sick, somethin must have happened at birth”

Guest producers are few and far between but all represent beautifully when they come in on the album. J-Zone has a pulsating mixture of bass, drums, pianoes and comically slapstick samples on “Neverending Saga.” DC is all about the symphonic sounds on “Murder-Death-Kill” featuring a strong guest appearance from lyrical murderer Celph Titled. On “Way of the Gun,” Apathy’s sonic landscape sounds like the ominous backdrop to an anime about war with robots. For the rest of the album’s sixty minutes, 7L holds down the fort with music to rock your headphones and rattle the speakers in your trunk. “Rise of the Rebel” literally hits all the right chords, as the beautiful piano playing lets Esoteric reminisce on his growth as a rapper from back in the days to today. “Rogue Nation” is sick with 7L’s turntablist tricks, and the harmonious singers in the background lift Esoteric up as he simultaneous knocks down frauds with the line “you only spray guns when you waterin plants.” “Graphic Violence” is just as dark and eerie as you’d expect, with a quick bassline that increases your heartrate and sound effects to raise the hair on your neck. The only time a song’s music seems ill-matched with it’s title is on “Battlefield,” but that’s not to say the smooth handclap and tap won’t still get you open anyway.

Like the album’s third track, the music on “DC2 – Bars of Death” comes through “Loud & Clear.” So does Esoteric’s strong dislike of current president George W. Bush. Conveniently that brings things for this review full circle. As Kerry is in Boston this week rapping about a new direction for America at the D.N.C., Boston native Esoteric is rapping about why the current President needs to go. While I was second-guessed by many readers of RapReviews for saying the Beastie Boys were too political on “To the 5 Boroughs,” I stuck to my guns because the level of rhetorhic seemed out of character on an album we were all promised was a return to their roots in partying and drunken debauchery. On the other hand it’s not at all out of character for Esoteric to be controversial, as he even portrayed himself as a terrorist on a September 11th flight on the last album’s song “Terrorist’s Cell.” Bill O’Reilly, get out your notepad and write this down:

“This goes out – to the workin man, street scholar
Holla in ya ear, sayin fuck George Bush loud and clear
Get him out of here, show that cat the door
Cause we don’t wanna hear that bullshit no more
You can look at this verse as a word to the wise
Realize, open up your eyes
We got people overseas gettin blown to bits, and thrown in a ditch
While Bush is at the game, throwin out the opening pitch”

Whether you agree or not, it’s his opinion and he’s entitled to it; just like Bill O’Reilly and Rush Limbaugh are entitled to theirs. The old saying goes opinions are like assholes, we all have one. The truth of the matter is that music critics are no different from the average lay person in this regard – we all have opinions about what we like or don’t like, who sounds good and who doesn’t. If the feedback about 2Pac and Nas reviews I’ve written is any indication, opinions can and DO vary widely. As a result whether you agree with my opinion is entirely up to you, but you can always rest assured I’ll base my opinion on both my depth of knowledge about the subject and my passion for it, whether I’m writing about hip-hop music or politics. Do I think George W. Bush is the worst thing to ever happen to this country? Not necessarily, although I do think the war in Iraq was based on a false premise and it’s a mistake for American troops to still be there now. The only way to force a change in that policy is force a change in our presidency, so I encourage every eligible voter to hit the polls this fall and let the voice of the people decide. Esoteric is just one of those voices, there are many others, so make up your own mind about it. I’ve made up my own mind about “DC2 – Bars of Death” – it’s a well-produced intelligently constructed hour of fine Boston hip-hop that deserves just as much publicity as John Kerry or Ralph Nader’s candidacy; like them Esoteric is a good alternative to the same ol’ shit.