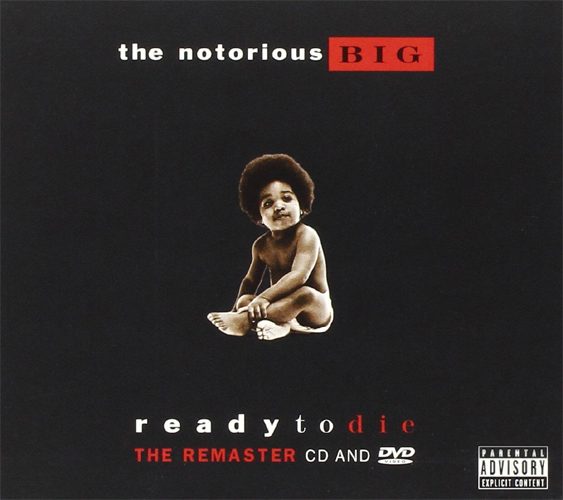 Y’all already know the deal. “Ready to Die” is a certified hip-hop classic, both to the public at large and on this site in particular, where it received a rare set of perfect 10’s across the board for beats and rhymes. It may therefore seem somewhat pointless to cover the “Remaster” of the album, since the two versions are essentially 90% the same. After all, how do you improve on perfection?

Believe it or not, Bad Boy actually found a way to do just that. Two bonus tracks are included on disc one: “Who Shot Ya,” which was originally only available as the flipside of the “Big Poppa” twelve inch, and the underground hit “Just Playing” – better known to rap fans as “Dreams of Fucking an R&B Bitch.” This one has NEVER been released on CD before, so it’s inclusion here is a welcome treat.

The second disc is a DVD exclusive to this edition, which features all of B.I.G.’s music videos off this album. The rags to riches story of “Juicy,” the lavish living of “Big Poppa,” the ominous “Warning” and the smoothed out “One More Chance” are all here. As a bonus, Bad Boy has included a Biggie performance of “Unbelievable” live in Atlanta, a treat for his many fans (like me) who have never gotten to see it.

Ironically by only putting 5 features on the bonus DVD, it only raises more questions than it answers. Why not more of Biggie’s classic videos? If it would have broken the “Ready to Die” theme by not being from this album, how about some interviews or more live performances instead? Still it’s hard to argue with this album, since it’s the perfect opportunity to get a classic for those who never got it, and even for his fans it’s got enough extra to justify the purchase.