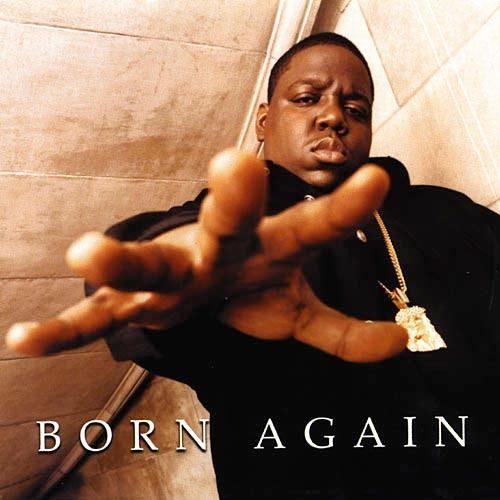 Sitting in our collective chairs, the entire hip-hop nation huddled around one boombox and waited for the return of Biggie Smalls. He should not be mistaken for the Messiah though: Christopher Wallace’s life was as problematic as his death; which ironically is reflected musically in this post-mortem release.

It should be noted that under the circumstances, this would have been a difficult album for ANYONE to produce, let alone the embattled Sean ‘Puffy’ Combs. Either because Biggie was protective of his vocal talents or because he was not as paranoid about his demise as Tupac Shakur, there isn’t as much “unreleased material” in the vaults to work with for new songs. Therefore don’t be surprised if you catch yourself saying, “I’ve heard that before” several times during this record – you have. To compensate for this problem Puffy lined up an all-star collaborative team to flesh out incomplete Biggie songs with fresh verses. To his credit, this actually works fairly well. Most people were concerned that these songs would sound forced and unnatural but in some cases they sound SURPRISINGLY natural, such as the Hot Boys collaboration “Hope You Niggas Sleep” and the Method Man and Redman blazer “Rap Phenomenon” produced by DJ Premier.

Regardless, the fact that the only two songs on the album that feature the Notorious One solo are “Niggas” and the previously released “Who Shot Ya” (an excellent inclusion) is disturbing considering each Biggie album to date was over 80% Biggie. The reason we fell in love with the King of New York was because we got to know him personally: we saw him rise from eating sardines out the can to complaining about how too much money is as much of a problem as having NO money. What’s missing from this album then is the star himself; and hearing “Long Kiss Goodnight” resurrected as “Tonight” and “Everyday Struggle” reborn as “I Really Want to Show You” only leaves you wishing that B.I.G. was alive to unfold the chapters of his life we hadn’t heard and the pages that he never got the chance to write.

As a Notorious B.I.G. fan, the thing I took most personally insulting was the fact that a perfectly good Biggie song which DID exist pure and uncut was changed right before release with an Eminem remix – I’m speaking of “Dead Wrong” of course. This isn’t Eminem’s fault; his vocals are slamming and would have been a great inclusion on a twelve inch flipside – but on Notorious B.I.G.’s final album we should not be insulted by having a whole version replaced. The fans have already heard the original, and we know better. I’d like to believe that there weren’t any other cases where a Biggie version was replaced in favor of a guest appearance but after this I begin to have my doubts.

Suffice it to say this isn’t a bad album – the beats are mostly on point, the Biggie vocals where available ARE fresh, and the guest appearances are often eeriley seamless with the original vocals, such as the Sadat X collabo’ on “Come On” or the duet with Lil’ Cease on “Can I Get Witcha”. The problem is that even though this isn’t a bad album, it’s not REALLY a Notorious B.I.G. album. And that, to quote the star himself, is “Dead Wrong”.