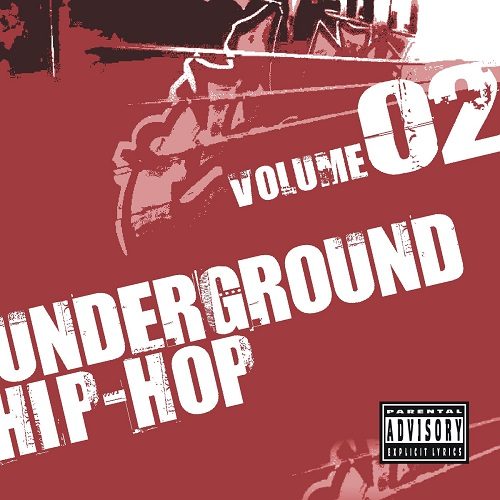 The year was 2000, and K-tel felt compelled to compile nothing less than the “Best of Underground Hip Hop”. Not that anything is wrong with a sampler that features All Natural, Lord Finesse, Camp Lo and Shabazz the Disciple, but once K-tel catches on, you know that the secret is out. It’s hard to tell at which point in time the tag ‘underground hip-hop’ became a marketing tool, but it should be evident that neither ‘hip-hop’ nor ‘underground’ are terms that feature prominently in the K-tel company profile. Ironically, the opinions on what underground hip-hop exactly is continue to vary widely. Some people see it as a continuation of similar terms from back in the day (hardcore hip-hop, real hip-hop), and expect it to observe certain musical and cultural standards, others tackle the subject strictly from the point of the exposure or success an act enjoys. Some even suggest that cats only claim underground when they fail to keep up with the competition.

The trouble with the term underground hip-hop is that like any label, it limits the potential of a record, it excludes listeners who for whatever reason choose to walk past when the signs point underground. Take this sampler from Toronto-based URBNET Records. It contains solid, middle-of-the-road indie hip-hop from Canada. Of course this is a description full of labels as well (and not very precise ones at that), but it comes much closer to the truth. Those expecting ‘underground’ to sound literally murky and musty, cobwebs and all, are welcomed by DL Incognito and D-Shade with the greeting of “Universal Love” and the assurance, “don’t be afraid, it’s real hip-hop.” Encouraged by his own anthemic backdrop, DL stands up for his own personal approach to hip-hop:

“I rhyme about hip-hop because I live it
I’m not a gangster, a crook, neither a villain
I’ve never been shot but block niggas keep grillin’
I pack no weapon, y’all ain’t worth killin’
Never sold no drugs, but got niggas who did
a knife in the rib; music’s how I’m speakin’ to kids
I wanna live – What the fuck, son, you think that’s wrong?
Just because I don’t speak about death in my songs?
I’m not the criminal type but obliterate mics
Niggas’ skills seem so minimal when they write
Some complain and criticize every one of my tracks
If you don’t like it, don’t buy it, it’s as simple as that
Realize that we did it ourselves
We took our own money, put our shit on the shelves”

Later, the Ottawa representative joins rising star Eternia and Canadian hip-hop legend Maestro (Fresh Wes) on Classified’s calm and confident “Just the Way it Is”. It’s the sort of cross-generational, cross-regional posse cut you couldn’t see happening in the States, a sign that there is still a sense of unity within the Canadian hip-hop scene. But every community needs a place to meet, and URBNET Records seems to do a good job at providing a platform for Canadian hip-hop. Or else there wouldn’t be a follow-up to 2002’s “Underground Hip-Hop Volume 01”. “Volume 02” contains mostly licensed tracks, often off albums that were distributed by URBNET. Solid singles like the aforementioned “Just the Way it Is”, Point Blank’s (unfortunately censored) “Ghetto Life”, Divo’s “Mind Full of Troubles”, or Arabesque’s “Brace Yaself”. For slightly more intricate stylings, check Anonymous Twist’s “Puzzle Piece Unfitted”, a wordy declaration of independence over an alluring combination of a maniacally looping piano and precisely stomping drums.

Kardinal Offishall and Mr. Attic use the same ingredients for Marvel’s “No Streets”, to the effect that their track sounds like a direct descendant of something off BDP’s “Criminal Minded”. Props also go to CityParks for lacing Offsides’ “One Rhyme” with an dope quote from the forgotten Jamal: “One rhyme, just one rhyme, I don’t give a fuck, I kill them with just one rhyme.” Sometimes the simple things work best, while forced similes set you up for a backlash – “Multiply yearly like AIDS at gay parades?” Come on now guys.

If positive vibes are more your thing, look no further than URBNET’S answer to K-OS, newest signing Mathematik, who rides the soulful tap of the self-produced “Was Is Will” with a confident stop-n-go flow:

“Since the times of Treacherous Three, Cold Crush, Busy Bee
I was born in this culture, don’t ever say it isn’t me
I train to maintain structure from history
My point of view bringin’ substance for kids to see
Enough glamour and gangsters in the market
I float on a higher level like Noah’s ark did”

For a distinctively thoughtful approach, check Syntifik waxing philosophically on the sparse Marco Polo-produced “Think About It”, quite possibly the best overall offering on “Underground Hip-Hop Volume 02”, despite being already two years old. And that’s how the rhymes keep coming, the beats keep coming, each track spiced up with different flavors without too much straying from the original recipe. Tru-Paz fill in for Kardi and represent T-Dot and the West Indies on “Rude Boy”, while Winnipeg’s Shadez channel the Boot Camp Clik on “Man Enough” and Mood Ruff make full use of their experience on the musical boundaries-crossing “Blues for Sonny”. Louwop and Embassy have you reaching for the volume dial to test how heavy their “Iron Funk” really is, while San Fran’s Feenom Circle let “Volume 02” end on a happy note with their Sunday afternoon jam session “Days Go By”.

Any review that fails to point out weak spots may seem suspect, but it’s a fact that all contributions here are somewhat on the same level in terms of quality. Once you’ve adjusted yourself to that level, there’s little to criticize. Which is certainly something the compilers can be proud of. The downside of this unison is that hardly a beat, hardly a verse stand out, whether on this sampler nor in the greater scheme of things. Ultimately, it’s unlikely that heads that come across “Underground Hip-Hop Volume 02” will experience that same rush that intially got them hooked on hip-hop. But for a quick fix, especially when your thing is Canadian hip-hop, it will do.